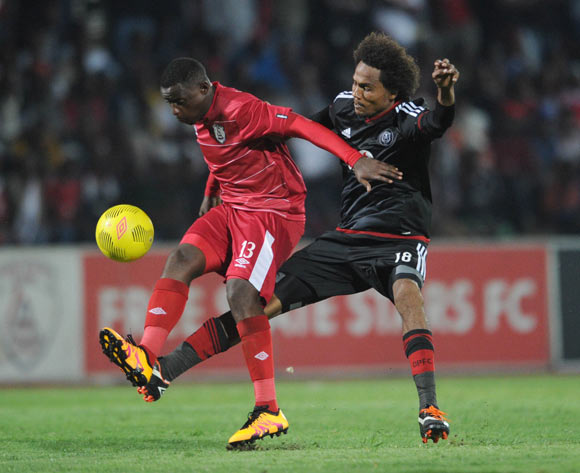 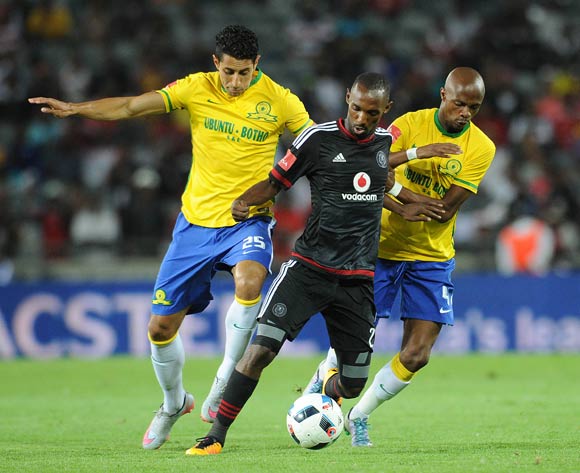 Welcome to the live play-by-play for the ABSA Premiership 2015/16 match between Free State Stars and Orlando Pirates at Goble Park.

Welcome to the live play-by-play for the ABSA Premiership 2015/16 match between Free State Stars and Orlando Pirates at Goble Park.

Free State Stars claimed the scalp of Orlando Pirates in the Absa Premiership on Wednesday night, with a goal from Ayanda Nkosi handing them a 1-0 win at Goble Park.

The victory takes Ea Lla Koto all the way up to seventh on the standings, while the Buccaneers drop to 11th after suffering an eighth defeat in the space of 19 league matches.

Stars were the first to threaten a goal, with a looping header in the eighth minute almost putting the hosts ahead, though Ayanda Gcaba did some sterling work to head the ball clear from his own goal line under immense pressure from Ayanda Nkosi.

Just under 10 minutes later Ea Lla Koto had another chance as the ball fell kindly for Reuben Thebakang in the penalty area, but his volley under pressure skewed wide of the mark and was no trouble for goalkeeper Brighton Mhlongo.

In the 21st minute a mistake in defence from the home team allowed Thamsanqa Gabuza to race free on goal, but he was unable to get the better of Daouda Diakite in a one-one-one situation, with the Stars ‘keeper able to make a comfortable save.

The Free State side had little trouble creating good attacking opportunities, but too often their final pass, cross or shot left much to be desired, allowing the Buccaneers to get through to half time with a goalless score line.

Stars created the first chance of the second half in the 50th minute, with Nkosi doing brilliantly to turn Patrick Phungwayo before being faced with only Mhlongo in front of him, but the tight angle made it nearly impossible to score and his shot flashed across the face of goal.

On 64 minutes Ea Lla Koto had their best chance of the match, with a loose ball on the edge of the box allowing Thebakang a clear sight on goal – his crisply-hit left-footed shot looked destined for the back of the net, but Mhlongo made an excellent save to keep his side on lever terms.

However, the Bucs ‘keeper was finally beaten in the 80th minute, with impressive striker Nkosi providing a fine diving header from Thebakang’s cross to hand Ea Lla Koto a well-deserved lead. The goal proved to be the difference between the teams, with Stars able to hold out comfortably to claim the three points.

Free State Stars will look to claim the scalp of Orlando Pirates in the Absa Premiership when the teams meet at Goble Park on 17 February 2016, kick-off at 18h00.

Stars have lost three of their last four league matches and went down 1-0 away to Jomo Cosmos on February 13 in their most recent outing.

The Free State side has claimed 12 points from nine home matches this season.

Ea Lla Koto are placed 12th on the Absa Premiership log with 22 points from 18 matches.

Pirates suffered their seventh league defeat of the season when they were beaten 2-1 at home by Mamelodi Sundowns on February 10.

The Soweto giants have claimed 11 points from nine away matches this season.

The Buccaneers are placed ninth on the Absa Premiership log with 23 points from 18 matches.

In head-to-head stats, Stars and Pirates have met in 51 league matches since 1986.

The Buccaneers have 23 wins compared to six for Ea Lla Koto, while 22 matches have been drawn.

Stars have won four of their 25 home matches against Pirates, suffering nine defeats in the process.

Last season Bucs took four points off Ea Lla Koto, winning 1-0 in Soweto before a 1-1 draw in the return game in the Free State.

The teams have played to three 1-1 draws in their last five league meetings.