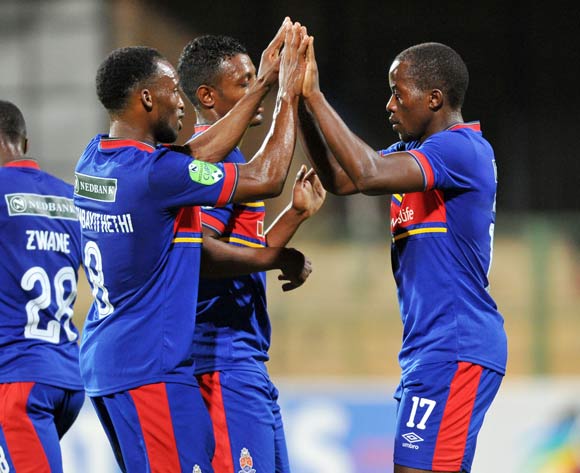 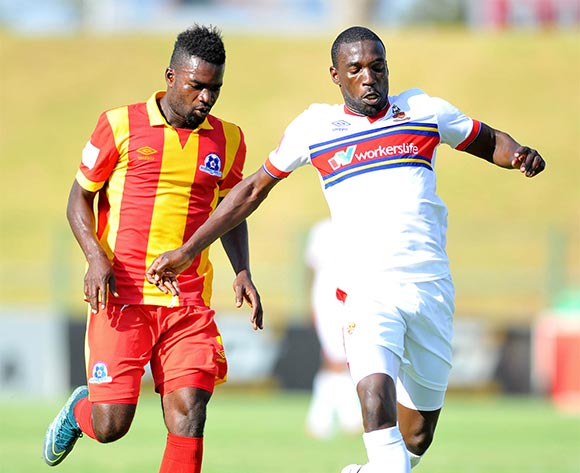 Welcome to the live play-by-play for the ABSA Premiership 2015/16 match between Maritzburg Utd. and University of Pretoria at Harry Gwala Stadium.

1' The match is underway!
21' Khumbulani Banda (Maritzburg Utd. ) is cautioned.

46' The second half is underway
48' Mpho Maruping (University of Pretoria) scores!

Welcome to the live play-by-play for the ABSA Premiership 2015/16 match between Maritzburg Utd. and University of Pretoria at Harry Gwala Stadium.

A brace from Luyanda Bacela condemned Maritzburg United to bottom of the Absa Premiership table after the University of Pretoria beat the Team of Choice 4-2 in an Absa Premiership match at the Harry Gwala Stadium on Saturday night.

The result leaves Maritzburg firmly rooted to the bottom of the table with 16 points from 23 games while Tuks moved out of the relegation zone into 14th place with 20 points from 24 games.

Maritzburg had a good first half and dominated proceedings for the most part which resulted in them taking a 1-0 lead into the break courtesy of a goal from Deolin Mekoa in the 24th minute.

The game was decided in the opening 15 minutes of the second half which saw Tuks score four goals in a blistering display of football.

Mpho Maruping levelled matters in the 48th minute when he headed home a cross from Vuyisile Ntombayithethi, 1-1.

Three minutes later Bacela gave Tuks the lead when some poor defending inside the box resulted in the striker firing home after a goalmouth scramble, 2-1

Bacela found his second of the game in the 53rd minute later when he got in behind the Maritzburg defence and made no mistake with just the keeper to beat, 3-1.

Maritzburg’s problems were further compounded on the hour mark when Atusaye Nyondo made it 4-1 after his shot from the edge of the box deflected into the goal.

The Team of Choice tried to find their way back into the game and did manage to pull a goal back in the 67th minute when Zulu headed home a cross from Pogiso Sanoka, 4-2.

Four minutes later Maritzburg were afforded a great chance to pull back yet another goal when the referee awarded them a penalty after adjudging Partson Jaure to have handled the ball inside the box.

Unfortunately, for the home side Kurt Lentjies failed to convert from the spot when his penalty-kick hit the woodwork.

Tuks took the sting out of the game in the final 20 minutes and held on for the win.

Maritzburg United and University of Pretoria will meet for an Absa Premiership relegation six-pointer at Harry Gwala Stadium on 9 April 2016, kick-off at 18h00.

Maritzburg have picked up four points from their last two league matches, with their last outing a 2-2 draw away to Chippa United on March 20.

The KwaZulu-Natal side has claimed seven points from 11 home matches this season.

The Team of Choice is placed 16th on the Absa Premiership log with 16 points from 22 matches.

University of Pretoria suffered their 14th defeat from 23 league games this season when they were beaten 1-0 at home by Ajax on March 16.

The Tshwane side has claimed four points from 11 away matches this season and is yet to win on the road.

AmaTuks are placed 15th on the Absa Premiership log with 17 points from 23 matches.

In head-to-head stats, Tuks and Maritzburg have met in seven league matches since 2012/13.

The Team of Choice has claimed two wins compared to one for the Tshwane side, while four matches have been drawn.

Maritzburg’s three home matches against Tuks have all ended in draws.

When the teams met earlier this season, Maritzburg claimed a 1-0 away win in Pretoria.