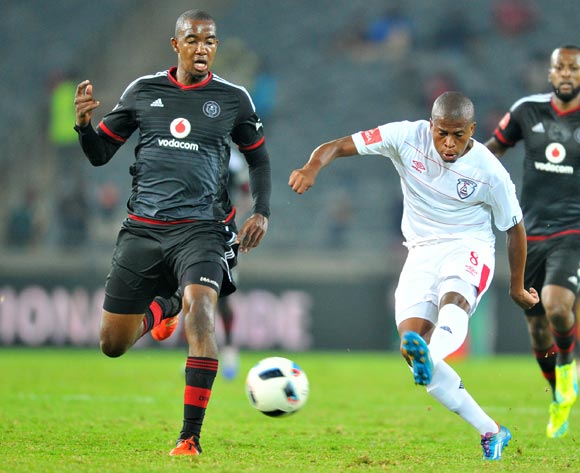 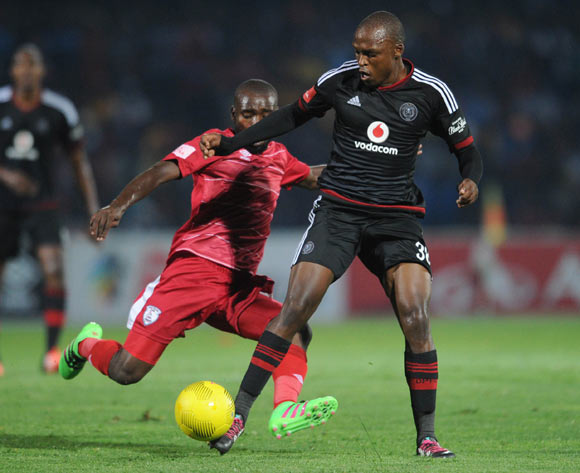 Welcome to the live play-by-play for the ABSA Premiership 2015/16 match between Orlando Pirates and Free State Stars at Orlando Stadium.

Welcome to the live play-by-play for the ABSA Premiership 2015/16 match between Orlando Pirates and Free State Stars at Orlando Stadium.

Pirates up to sixth following win over FSS

Orlando Pirates exacted revenge on Free State Stars with a 1-0 win in an Absa Premiership clash at Orlando Stadium on Saturday.

Victory moves the Buccaneers up to sixth on the log standings, Stars remain eighth.

Pirates have been devastating in attack of late and after nine minutes they were a goal up. Free-scoring Tendai Ndoro continuing were he left off last week - Makola with a neat flick to play in his teammate who made no mistake - firing past Johnny Mathole.

The Buccaneers dominated the first-half with the woodwork coming to Ea Lla Koto's rescue on two occasions.

Ndoro saw his left-footed rocket canon off the crossbar two minutes after his opener with Thabo Matlaba denied by the up-right in the 34th minute.

The hosts broke up-field and after Makola slipped in Matlaba the the former Stars fullback guided his shot onto the post, Sifiso Myeni pounced onto the rebound, but was denied by Mathole - the Stars goalkeeper with a super save.

Stars looked a better side after the break and were only denied a point by Brighton Mhlongo who made a reflex save to keep out a rasping drive from Danny Venter ,late in the second-half.

Victory for Pirates keeps the heat on the top five with Soweto rivals Kaizer Chiefs now within their reach.

Orlando Pirates will look to return to winning form in the Absa Premiership when they host Free State Stars at Orlando Stadium on 9 April 2016, kick-off at 20h15.

The Soweto giants have claimed 18 points from 11 home matches this season.

The Buccaneers are placed seventh on the Absa Premiership log with 32 points from 23 matches.

Stars extended their unbeaten run in the league to three matches with a 1-1 home draw against Polokwane City on March 19.

The Free State side has claimed 13 points from 11 away matches this season.

Ea Lla Koto are placed eighth on the Absa Premiership log with 32 points from 23 matches.

In head-to-head stats, Stars and Pirates have met in 52 league matches since 1986.

The Buccaneers have 23 wins compared to seven for Ea Lla Koto, while 22 matches have been drawn.

Pirates have won 14 of their 26 home matches against Stars, suffering just two defeats in the process.

When the teams met earlier this season, Ea Lla Koto claimed a 1-0 home win in the Free State.