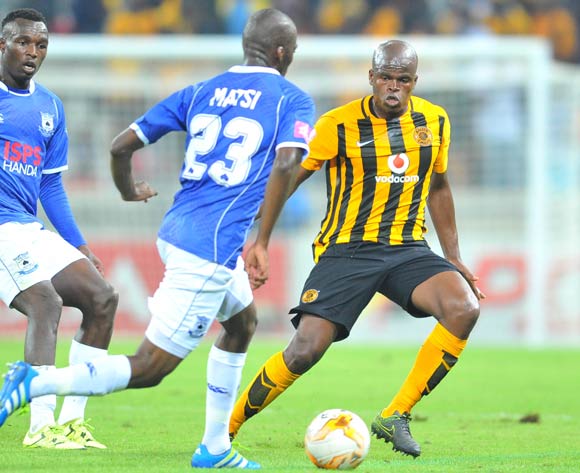 Mpho Matsi of Black Aces challenged by Willard Katsande of Kaizer Chiefs during the Absa Premiership match between Black Aces and Kaizer Chiefs at the Mbombela Stadium in Nelspruit, South Africa on April 12, 2016 ©Samuel Shivambu/BackpagePix 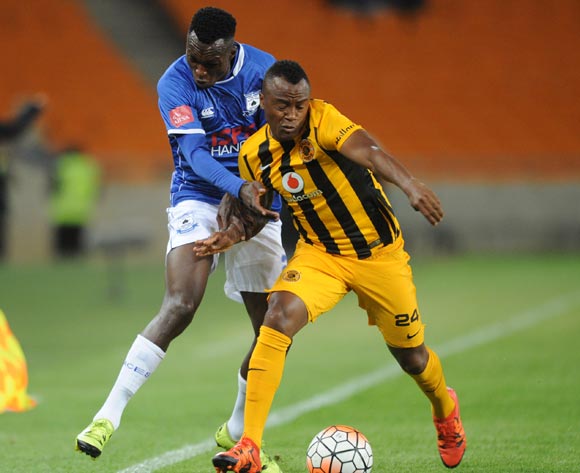 Welcome to the live play-by-play for the ABSA Premiership 2015/16 match between Black Aces and Kaizer Chiefs at Mbombela Stadium.

Welcome to the live play-by-play for the ABSA Premiership 2015/16 match between Black Aces and Kaizer Chiefs at Mbombela Stadium.

Chiefs’ wait for a win goes on

Kaizer Chiefs’ long wait for a return to winning form has been extended after they were held to a 2-2 draw by Black Aces in an Absa Premiership match at Mbombela Stadium on Tuesday.

The Amakhosi looked to be on course for three points thanks to goals from Siphiwe Tshabalala and Willard Katsande, but equalisers from Bhongelwethu Jayiya and Eddie Ngalo – the latter’s arrived three minutes after the end of regulation time – forced a share of the spoils for AmaZayoni.

After a quiet opening to the match, Chiefs put together a slick passing move in the 12th minute and Lucky Baloyi, having spotted Jackson Mabokgwane off his line, almost embarrassed the Aces goalkeeper with a long range effort which drifted just over the crossbar.

Seven minutes later the hosts should have broken the deadlock, with Eddie Ngalo providing a lovely cross from the left to find the head of Sibusiso Masina, but the young striker’s effort went wide of the near post.

On 21 minutes the Amakhosi claimed the lead and broke a dry spell in front of goal which stretched back to February – but in the most bizarre circumstances.

A long pass into the box from Siphiwe Tshabalala saw Mabokgwane rush off his line to try and punch clear, but he only succeeded in colliding with a combination of Ngalo and Bernard Parker, allowing the ball to roll into an unguarded net. With no one else getting a touch, the goal was credited to ‘Shabba’.

A few minutes later Chiefs somehow scrambled the ball away from their goalmouth to deny Aces an equaliser, with Aubrey Ngoma, Collins Mbesuma and Vincent Kobola all looking likely to find the net from close range.

Aces looked the better team for much of the first half, but on 36 minutes Chiefs were inches away from doubling their lead, as a brilliant turn and shot in the box from Parker saw the ball thunder into the underside of the crossbar.

AmaZayoni came into the second half with renewed vigour and claimed an equaliser seven minutes after the restart, with Bhongolwethu Jayiya superbly side-footing home a volley from Mbesuma’s assist to make it 1-1.

Yet parity lasted only until just after the hour mark before Chiefs reclaimed the lead. Willard Katsande stole the ball in midfield as Aces looked to pass out of the back and proceeded to score with a long-range shot which deflected off Limbikani Mzava.

Midway through the second half the Amakhosi almost added to their advantage, but Tshabalala was unable to direct a header on target after Lucky Baloyi’s shot deflected kindly into the veteran midfielder’s path.

Chiefs looked to be on course for victory, but in the third minute of added time Aces claimed an equaliser, with Eddie Ngalo shooting through a crowd of bodies after great work by substitute Judas Moseamedi down the right flank.

Black Aces will look to end their winless streak in the Absa Premiership when they host Kaizer Chiefs at Mbombela Stadium on 12 April 2016, kick-off at 19h30.

Aces brought up a seventh straight league match in which they failed to win after losing 1-0 away to Platinum Stars on March 20.

The Mpumalanga side has claimed 22 points from 11 home matches this season.

AmaZayoni are placed fifth on the Absa Premiership log with 37 points from 23 matches.

Chiefs suffered a second successive league defeat when they were beaten 1-0 at home by Jomo Cosmos on March 15.

The Amakhosi are placed fourth on the Absa Premiership log with 39 points from 23 matches.

In head-to-head stats, Chiefs and Aces have met in 33 league matches since 1985.

The Amakhosi have 23 wins compared to five for AmaZayoni, while five matches have been drawn.

Aces have won two of their 16 home league matches against Chiefs, suffering 10 defeats in the process.

When the teams met earlier this season, Amakhosi claimed a narrow 1-0 home win.

Aces have not beaten Chiefs at home in the league since 1995.