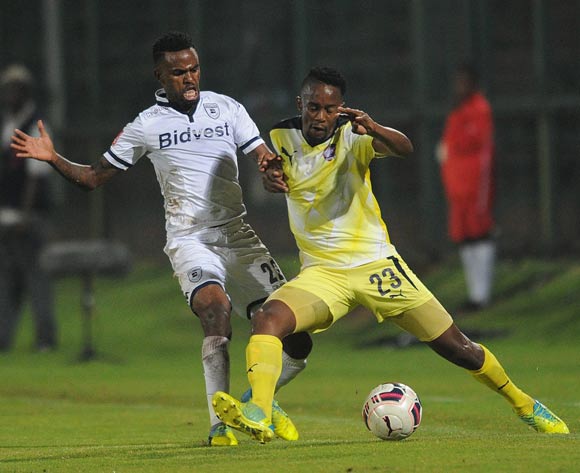 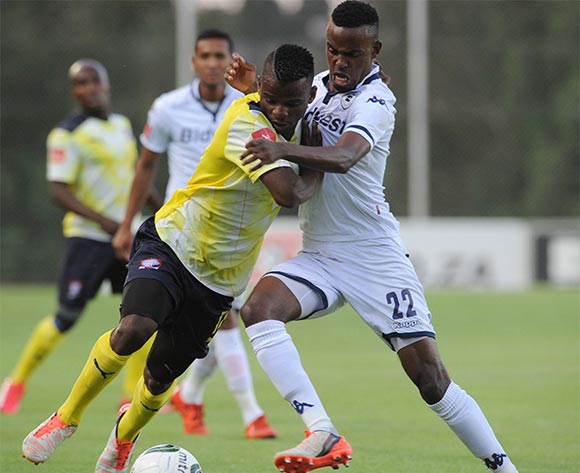 Welcome to the live play-by-play for the ABSA Premiership 2015/16 match between Jomo Cosmos and Bidvest Wits at Olen Park.

1' The match is underway!
9' Frederick Nsabiyumva (Jomo Cosmos) is cautioned.

Welcome to the live play-by-play for the ABSA Premiership 2015/16 match between Jomo Cosmos and Bidvest Wits at Olen Park.

Although they dominated proceedings, Jomo Cosmos failed to hold Bidvest Wits as they succumbed to a 1-0 defeat in their Absa Premiership tie at Olen Park on Wednesday night.

A first half goal from Henrico Botes separated the two sides as the Clever Boys remain at number two with 51 points, only four behind log leaders Mamelodi Sundowns who beat Polokwane City 3-1 on Wednesday night.

The beginning of the match saw both sides having good touches in the middle of the park, but it was Cosmos who threatened after a long range effort by Sibusiso Kumalo in the sixth minute which went wide.

In the 13th minute, Charlton Mashumba unleashed another rocket which hit the cross bar and bounced back into action with goalkeeper Moeneeb Josephs left to thank the woodwork.

Despite their brilliant touches to break down Ezenkosi, Wits found it hard to test keeper Sherwyn Naicker until they received a set piece in the 24th minute which Botes converted.

Daine Klate delivered a wonderful ball from the right flank and Naicker failed to handle it, spilling it in front of Botes who needed no second invitation, 1-0.

Jomo Sono's men received a number of set pieces towards the interval, but failed to pull a goal back and it was 1-0 at half time.

Upon their return, the hosts continued their dominance and Mashumba tried another long range attempt but he failed to keep it low as it went over the posts.

In the 52nd minute, Vilakazi took a brilliant shot from the edge of the box ,but his curler was well read by Naicker and he made a save.

It was Mashumba who nearly gave Cosmos something to cheer about on the hour mark when he saw his well taken free-kick punched away by Josephs.

With a few minutes to wrap the tie, substitute Tebogo Makobela also tried to beat Josephs from distance, but the experienced keeper punched his shot away.

Wits held on for the win.

Following the defeat, Ezenkosi remain rooted in the relegation zone at position 15 with 20 points.

Jomo Cosmos will look for a second major scalp in the Absa Premiership when they host Bidvest Wits at Olen Park on 13 April 2016, kick-off at 19h30.

Cosmos claimed their first away win in the league this season by beating champions Kaizer Chiefs 1-0 on March 15.

The Potchefstroom-based side has claimed 15 points from 11 home matches this season.

Ezenkosi are placed 14th on the Absa Premiership log with 20 points from 23 matches.

Wits claimed a fourth successive league win when they beat Orlando Pirates 1-0 at home on March 16.

The Johannesburg side has claimed 22 points from 11 away matches this season.

The Clever Boys are placed second on the Absa Premiership log with 48 points from 23 matches.

In head-to-head stats, Wits and Cosmos have met in 47 league matches since 1985.

Ezenkosi have 15 wins compared to 13 for the Clever Boys, while 19 matches have been drawn.

Cosmos have won seven of their 24 home league matches against Wits, suffering five defeats in the process.

The last seven league encounters between these teams in which Cosmos have been the host have all finished in draws.