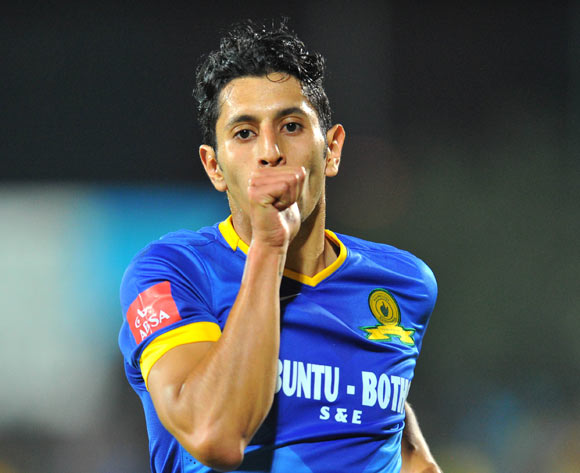 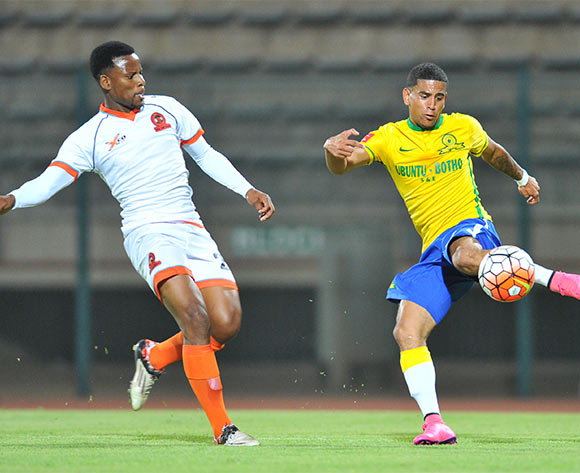 Welcome to the live play-by-play for the ABSA Premiership 2015/16 match between Polokwane City and Mamelodi Sundowns at Peter Mokaba Stadium.

46' The second half is underway
50' Leonardo Castro (Mamelodi Sundowns) scores!

Welcome to the live play-by-play for the ABSA Premiership 2015/16 match between Polokwane City and Mamelodi Sundowns at Peter Mokaba Stadium.

Polokwane City finished with ten men and succumbed to a 3-1 defeat at the hands of Absa Premiership log leaders Mamelodi Sundowns at the Old Peter Mokaba Stadium on Wednesday night.

Leonardo Castro scored a goal in each half to be the main difference between the sides while Polokwane substitute Edgar Manaka was only on for 15 minutes before being sent for an early shower.

The loss leaves Polokwane City dangerously close to the relegation zone in 13th place with 23 points, only three points clear of the danger zone.

The win for Sundowns, which was their 17th of the league season, sees them four points clear at the top of the table.

The opening half hour produced very little in terms of goal mouth action with neither side able to assert their dominance.

Sundowns, though, took the lead in 32nd minute after some sloppy defensive work from Polokwane allowed him to find space 14-yards out and he duly finished to give his side the lead going into the break, 1-0.

Castro found his second goal five minutes into the second half after he was quickest to react to tap home a rebound from a couple of yards out after an initial shot from Billiat.

In the 53rd minute Polokwane pulled a goal back after Wayne Arendse failed to clear a right-wing cross which allowed Thobani Mncwango to fire home from 12-yards out, 2-1.

Keagan Dolly scored Sundowns’ third goal ten minutes later after a solo run saw him beat two defenders on his way into the box before firing the ball into the bottom left corner of the net, 3-1.

Polokwane’s chances of a fight-back were dealt a severe blow in the 73rd minute when Edgar Manaka was shown a straight red card for a studs-up tackle on Billiat.

Nonetheless, Polokwane tried to find their way back into the game and even had a goal disallowed due to off-sides.

In the end it was too much for Rise and Shine as Sundowns walked away with the victory.

Polokwane City will look to end their winless streak in the Absa Premiership when they host Mamelodi Sundowns at the Old Peter Mokaba Stadium on 13 April 2016, kick-off at 19h30.

Polokwane played out a 1-1 draw away to Free State Stars on March 19 to extend their drought to six matches in the league.

The Limpopo side has claimed 17 points from 11 home matches this season.

Rise and Shine are placed 13th on the Absa Premiership log with 23 points from as many matches.

Sundowns suffered their first home defeat of the season and their first loss in the league since September when they went down 3-1 at the hands of Bloemfontein Celtic on March 16.

The Tshwane side has claimed 23 points from 11 away matches this season.

The Brazilians are placed first on the Absa Premiership log with 52 points from 23 matches.

In head-to-head stats, Sundowns and Polokwane have met in five league matches since 2013/14.

The Brazilians have claimed three wins compared to one for Rise and Shine, while one match has been drawn.

Polokwane have won one and lost one of their two previous home league matches against Sundowns.

When the teams met earlier this season in Tshwane they played to a goalless stalemate.