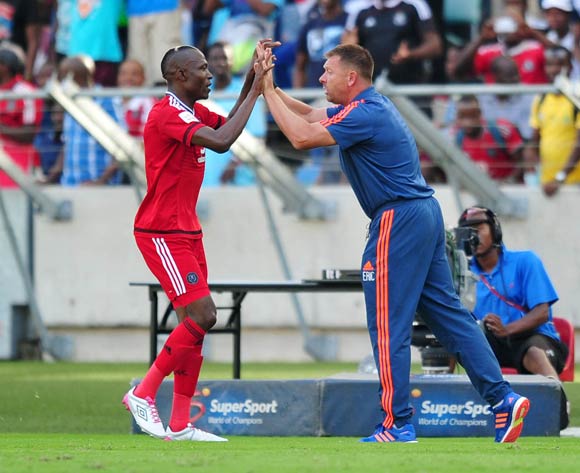 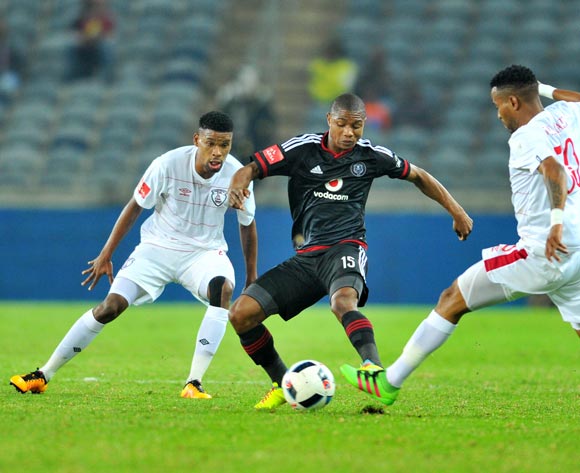 Welcome to the live play-by-play for the ABSA Premiership 2015/16 match between Golden Arrows and Orlando Pirates at Moses Mabhida Stadium.

46' The second half is underway
47' The referee brings the first half to an end.

Welcome to the live play-by-play for the ABSA Premiership 2015/16 match between Golden Arrows and Orlando Pirates at Moses Mabhida Stadium.

Ndoro bags a brace as Pirates close in on fourth

Tendai Ndoro scored his fifth league goal in his last six Absa Premiership games to lead 10-man Orlando Pirates to a 4-1 win over Golden Arrows at the Moses Mabhida Stadium on Saturday.

Victory closes the gap between the Buccaneers and their Soweto rivals, Kaizer Chiefs, to two points. Arrows are now winless in four league games.

Ndoro opened the scoring after 13 minutes. The visitors capitalising on sloppy defending by the hosts: Ntsikelelo Nyauza with a precise pass to play in Ndoro, the Zimbabwe international with a composed finish.

More poor defending resulted in the Buccaneers second. A long ball forward by Lehlogonolo Masalesa picking out Luvoyo Memela who kept his cool to score his first league goal of the season.

Things went from bad to worse for Abafana Bes’thende on the stroke of half-time. Ndoro completing his brace after Thabo Matlaba was fouled inside the area.

Arrows ,though, looked a better side after the break and were handed a lifeline by Pirates in the 53rd minute. Masalesa receiving his marching orders following a second bookable offence - his second yellow a very contentious decision with the referee accusing the midfielder of time-wasting.

It mattered little for the hosts who pulled a goal back through Nduduzo Sibiya in the 64th minute. Quick thinking by Deon Hotto ,who set up the midfielder for an easy finish.

Arrows, though, were unable to capatilise on their man advantage as Issa Sarr made sure of all three points for the visitors - the Senegal midfielder's rocket leaving Maximilian Mbaeva with no chance.

Arrows look for double over Bucs

Golden Arrows will look to end their winless run in the Absa Premiership when they host Orlando Pirates at Moses Mabhida Stadium on 16 April 2016, kick-off at 15h00.

Arrows drew 0-0 away to Bloemfontein Celtic on April 10, extending their winless run in the league to three matches.

The Durban side has claimed 14 points from 11 home matches this season.

Abafana Bes’thende are placed 11th on the Absa Premiership log with 29 points from 23 matches.

Pirates claimed a fourth win from their last five league matches when they beat Free State Stars 1-0 at home on April 9.

The Soweto giants have claimed 14 points from 12 away matches this season.

The Buccaneers are placed sixth on the Absa Premiership log with 35 points from 24 matches.

The Buccaneers have 16 wins compared to five for Abafana Bes’thende, while eight matches have been drawn.

Arrows have won three of their 14 home league matches against Pirates, suffering seven defeats in the process.

When the teams met earlier this season, Abafana Bes’thende claimed a 2-0 away win in Soweto.

Arrows’ win broke a streak of nine successive losses to the Buccaneers in league action.