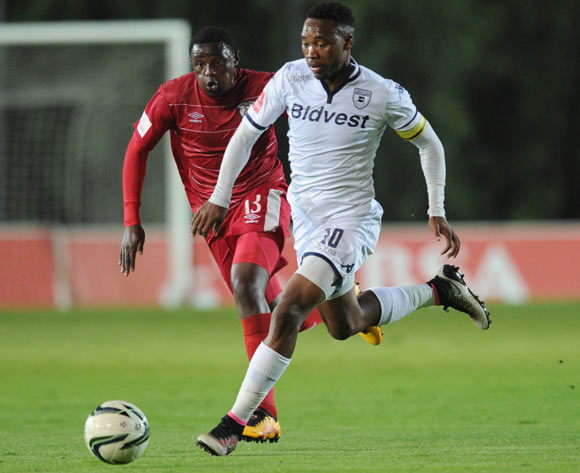 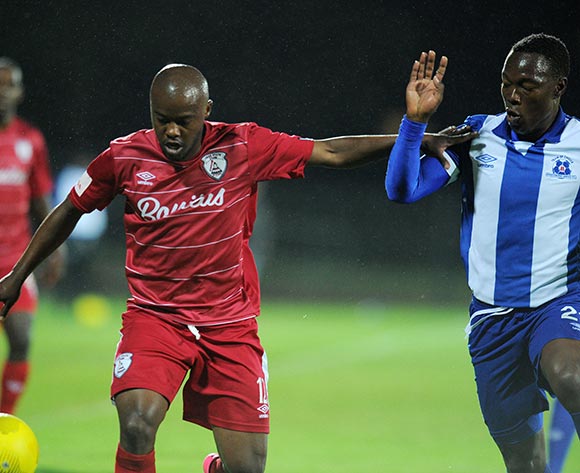 Welcome to the live play-by-play for the ABSA Premiership 2015/16 match between Bidvest Wits and Free State Stars at Bidvest Stadium.

1' The match is underway!
19' Bongani Khumalo (Bidvest Wits) is cautioned.

Welcome to the live play-by-play for the ABSA Premiership 2015/16 match between Bidvest Wits and Free State Stars at Bidvest Stadium.

Bidvest Wits failed to close the gap on the Absa Premiership log leaders Mamelodi Sundowns when they drew 0-0 against Free State Stars at Bidvest Stadium on Saturday night.

In the wake of the stalemate, the second-placed Clever Boys remain behind the Brazilians with 52 points from 25 matches, whilst Giovanni Solinas' men have 33 points at position number eight.

Although the match had a quiet start, it took the visitors 10 minutes to attack when they nearly bagged a goal as Nhlanhla Vilakazi's header was denied by Moeneeb Josephs in the 14th minute.

Daine Klate also came close in the 26th minute when he received a good cross from the left, but his header was not well directed and didn’t trouble goalkeeper and man of the match Johnny Mathole.

Ea Lla Koto continued with their good one-touch football and just after the 30th minute Lucky Mohomi nearly caught Josephs napping on his far post, but the ex-Bafana Bafana net minder was alert and punched the ball away for a corner.

The experienced Klate showed his intentions in the 44th minute when he unleashed a volley on the left, but Davis Nkausu was equal to the task to block the effort.

It was 0-0 at the interval and the Bethlehem-based side tried to open the hosts and substitute Katlego Mashego's long range shot sailed over the crossbar.

A minute later, the busy Mathole was alert to collect a close range shot by Henrico Botes right in the penalty area and it was a blow for Stars as Nhlanhla Vilakazi received his marching orders after the hour mark for a second bookable offence on Klate.

Towards the 70th minute, defender S'fiso Hlanti was fortunate to receive a pass from Ben Motshwari in the box, but his header lacked power and went straight to the well-positioned Mathole, who collected easily.

Gavin Hunt's men were all over their visitors and they hit the woodwork through Siyabonga Nhlapo in the 67th minute before Klate saw his effort going inches wide of Mathole's left corner.

With five minutes remaining, the Clever Boys threw everything they had to Stars but they failed to beat Mathole when Joaquim Lupeta was unable to make contact with Hlanti's cross.

Against the run of play, Ayanda Nkosi made a great run, beating defenders Buhle Mkhwanazi and Bongani Khumalo, but he rushed his shot and missed the target.

In the end, the 10-man Stars held on to their point and it was a bitter end for the Braamfontein-side as they shared the spoils.

Wits look to keep up the pressure

Bidvest Wits will look to continue their push for the Absa Premiership title when they host Free State Stars at Bidvest Stadium on 16 April 2016, kick-off at 20h15.

Wits claimed a fifth successive league win when they beat Jomo Cosmos 1-0 away on April 13.

The Johannesburg side has claimed 26 points from 12 home matches this season.

The Clever Boys are placed second on the Absa Premiership log with 51 points from 24 matches.

Stars’ three-match unbeaten streak in the league came to an end with a 1-0 loss away to Orlando Pirates on April 9.

The Free State side has claimed 13 points from 12 away matches this season.

Ea Lla Koto are placed eighth on the Absa Premiership log with 32 points from 24 matches.

In head-to-head stats, Stars and Wits have met in 50 league matches since 1986.

The Clever Boys have 17 wins compared to 14 for Ea Lla Koto, while 19 matches have been drawn.

Wits have won 12 of their 24 home league matches against Stars, suffering three defeats in the process.

When the teams met earlier this season in the Free State province they played to a goalless stalemate.

Wits have won just one of their last four home league matches against Stars.