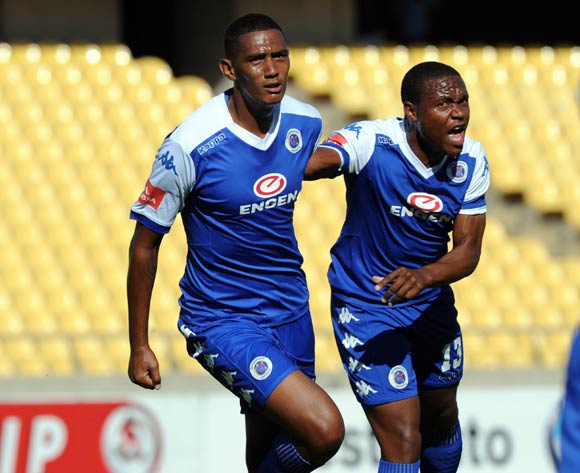 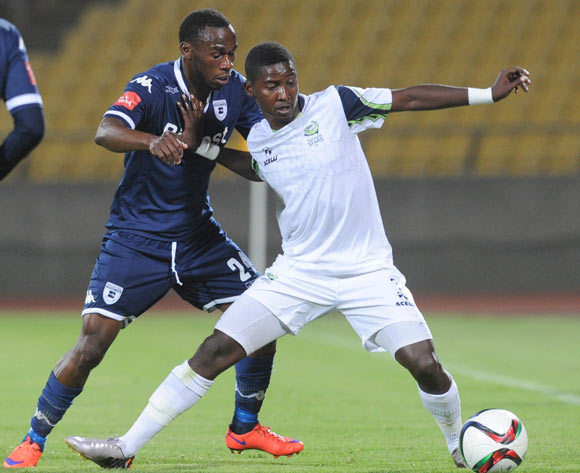 Welcome to the live play-by-play for the ABSA Premiership 2015/16 match between Platinum Stars and SuperSport Utd at Royal Bafokeng Stadium.

Welcome to the live play-by-play for the ABSA Premiership 2015/16 match between Platinum Stars and SuperSport Utd at Royal Bafokeng Stadium.

The victory took Matsatsantsa to position seven on the Absa Premiership standings, while Dikwena stayed third on the league table.

The first chance of the game went to Kingston Nkhatha following a good move by Matsatsantsa just two minutes into the game.

However, the Matsatsantsa striker failed to control the ball and Dikwena goalkeeper Kagiso Mlambo came off his goal line to snatch the ball away.

SuperSport did find the back of the net through Mario Booysen in the 16th minute. The defender headed home Dove Wome's well-taken cross.

In the 20th minute, Stars full-back Siyabonga Zulu's shot from a free-kick sailed over the SuperSport's goal-posts as the home side looked to equalise.

Mlambo was beaten again eight minutes later and this time it was Nkhatha who headed home Bradley Grobler's cross to make it 2-0 to SuperSport.

Four minutes before the half-time break, Stars captain Vuyo Mere played a cross into the box and SuperSport goalkeeper Ronwen Williams collect it.

Matsatsantsa were forced to make a change at the beginning of the second-half- when injured Luvolwethu Mpeta was replaced by Grant Kekana.

In the 57th minute, Dikwena's in-form forward Ndumiso Mabena tried his luck from range and his shot sailed wide of the target.

Another chance went to Stars thirteen minutes later when Eleazar Rodgers received the ball inside the SuperSport box, but his fired over the crossbar.

SuperSport managed to contain Stars in the remaining minutes and the former won 2-0 in the mining town of Rustenburg.

Stars out to claim another home win

Platinum Stars will look to continue their winning streak in home Absa Premiership matches when they welcome SuperSport United to Royal Bafokeng Stadium on 17 April 2016, kick-off at 15h00.

Stars drew 1-1 away to Ajax Cape Town on April 13, but at home they have won their last six matches in succession.

The Rustenburg side has claimed 26 points from 12 home matches this season.

Dikwena are placed third on the Absa Premiership log with 44 points from 24 matches.

SuperSport played to their seventh draw of the season when they were held 1-1 at home by Chippa United on April 10.

The Tshwane side has claimed 18 points from 12 away matches this season.

Matsatsantsa are placed 10th on the Absa Premiership log with 31 points from 24 matches.

In head-to-head stats, SuperSport and Stars have met in 25 league matches since 2003/04.

Matsatsantsa have 11 wins compared to seven for Dikwena, while seven matches have been drawn.

Stars have won just two of their 12 home league matches against United, suffering seven defeats in the process.

When the teams met earlier this season, Dikwena claimed a 3-1 away win in Tshwane.

Stars are unbeaten in their last five successive home league matches against SuperSport.