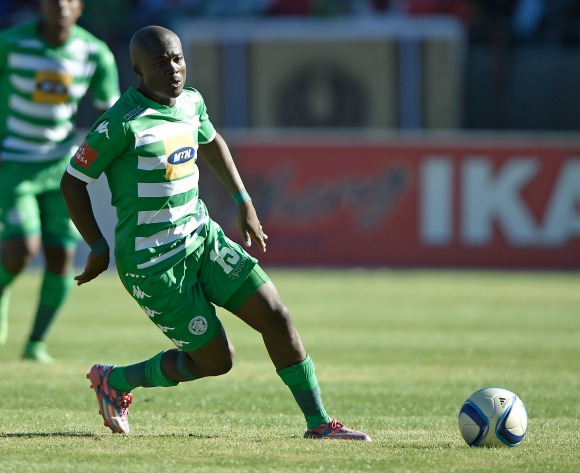 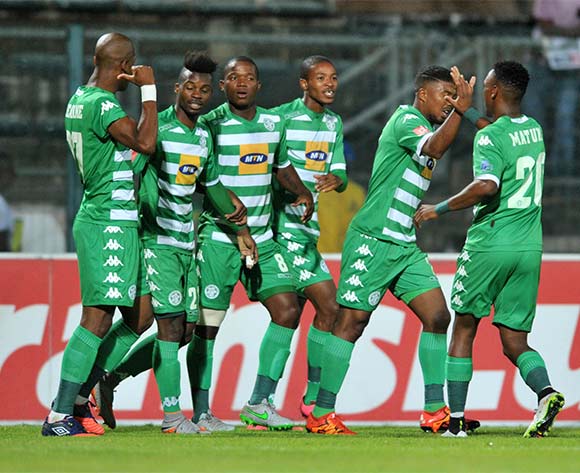 Lyle Lakay of Bloemfontein Celtic celebrates his goal with his teammates during the Absa Premiership match match between Mamelodi Sundowns and Bloemfontein Celtic at the Lucas Moripe Stadium in Pretoria, South Africa on March 16, 2016 ©Samuel Shivambu/BackpagePix

Welcome to the live play-by-play for the ABSA Premiership 2015/16 match between Bloemfontein Celtic and University of Pretoria at Free State Stadium.

Welcome to the live play-by-play for the ABSA Premiership 2015/16 match between Bloemfontein Celtic and University of Pretoria at Free State Stadium.

An 86th minute goal from Vuyani Ntanga saw Bloemfontein Celtic salvage a 1-1 draw against the University of Pretoria in an Absa Premiership match at the Dr Molemela Stadium on Sunday.

The Phunya Sele Sele managed to steal a point from the jaws of defeat with the late goal that sees them move further away from the relegation zone.

The draw sees Celtic up to 12th on the table with 27 points from 25 matches.

The draw, on the other hand, for Tuks sees them still hovering dangerous close to the relegation zone.

Tuks are only one place and one point outside of the relegation zone with 21 points from 25 matches.

Celtic had the first real shot on goal in the 12th minute, but Thapelo Morena was superbly denied by the Tuks keeper.

A minute later the action was at the other end of the park with Atusaye Nyondo trying his luck from range, but this time the Celtic keeper made a good save.

That gave Tuks the confidence to attack and they began to pile pressure on the Celtic goal, but for the most part the home side’s defence held firm.

That was until the dying seconds of the opening half when a cross from the right flank by Getaneh Kebede was touched into the path of Thabo Nemukondeni i and he finished with aplomb from 14-yards out, 1-0.

Tuks continued to play some nice passing football and should have found their second goal just after the hour mark, but some poor finishing from Lennox Bacela saw him fail to convert in front of goal.

The miss proved costly as Celtic levelled matters in the 86th minute after superb 24-yard free-kick from Vuyani Ntanga found the top corner of the net, 1-1.

Bacela nearly stole victory in the 90th minute for Tuks, but the striker was superbly denied in a one-on-one situation with goalkeeper Patrick Tignyemb earning his side a share of the spoils.

Bloemfontein Celtic will look to extend their unbeaten run in the Absa Premiership when they host University of Pretoria at Dr Molemela Stadium on 17 April 2016, kick-off at 15h00.

Celtic played to an eighth draw of the season and recorded a second successive unbeaten game when they were held 0-0 at home by Golden Arrows on April 10.

The Bloemfontein side has claimed 12 points from as many home matches this season.

Phunya Sele Sele are placed 12th on the Absa Premiership log with 26 points from 24 matches.

University of Pretoria claimed their first away win of the season when they defeated Maritzburg United 4-2 on April 9.

The Tshwane side has claimed seven points from 12 away matches this season.

AmaTuks are placed 14th on the Absa Premiership log with 20 points from 24 matches.

In head-to-head stats, Tuks and Celtic have met in seven league matches since 2012/13.

Phunya Sele Sele have three wins compared to two for AmaTuks, while two matches have been drawn.

Celtic’s three matches as host in this fixture have seen them record one win, one loss and one draw.

When the teams met earlier this season, Phunya Sele Sele claimed a 2-0 away win in Pretoria.

Celtic are unbeaten in their last four league matches against Tuks, claiming three wins in the process.