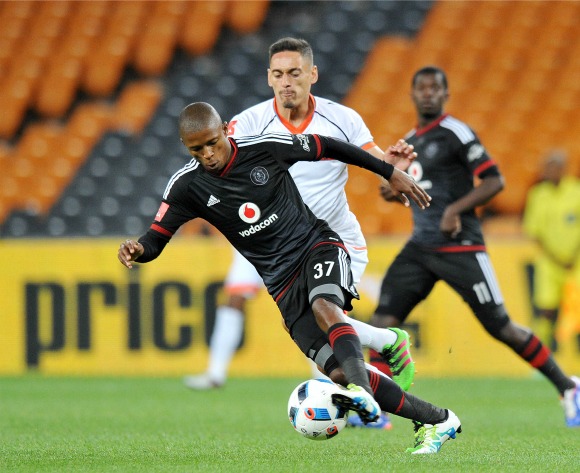 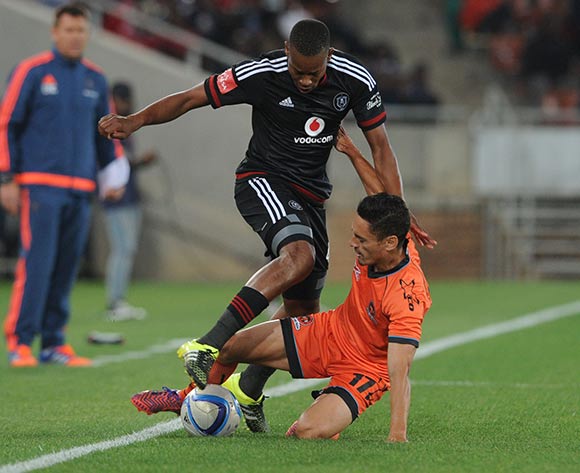 Welcome to the live play-by-play for the ABSA Premiership 2015/16 match between Orlando Pirates and Polokwane City at Orlando Stadium.

1' The match is underway!
45' Mfundo Phungwayo (Polokwane City) is cautioned.

Welcome to the live play-by-play for the ABSA Premiership 2015/16 match between Orlando Pirates and Polokwane City at Orlando Stadium.

No goals as Pirates and Polokwane draw

There would be no winner as Orlando Pirates were held to a goalless Absa Premiership draw by Polokwane City at FNB Stadium on Wednesday.

It was Orlando Pirates winger Thabo Qalinge with the first attempt at goal, but his shot just after the ten minute mark was wide of the framework following a good build up passage of play.

On the half hour mark Pirates’ Luvuyo Memela was knocked over by Polokwane goalkeeper George Chigova, but the referee was not interested in any penalty appeals.

It was Memela again, late in the half, who sliced through the Polokwane midfield and got in a shot at goal, but Chigova made the save. The rebound fell to Makola but he could not find the back of the net.

Just before half time the visitors had a good chance, which hit the woodwork. A corner taken by Sipho Jembula found the head of Mfundo Phungwayo, but his attempt hit the crossbar.

Bucs looked as if they would find the opening goal when Mpho Makola got on the end of Patrick Phungwayo's pass, but his mis-guided attempt to find the in-form Tendai Ndoro inside the 18 area saw the chance come to nothing.

Inside the final fifteen minutes, Bucs ‘keeper Brighton Mhlongo did well to punch away a free kick by Cole Alexander as the game looked headed for a stalemate draw.

But then Polokwane’s Thobani Mncwango hit a dangerous looking shot at goal, and Mhlongo fumbled the ball but the visitors could not take advantage of the mistake.

And there was one last throw of the dice for Pirates when substitute Thabo Rakhale hit a half-volley attempt over the crossbar in the dying moments of optional time.

Orlando Pirates will look to continue their strong form in the Absa Premiership when they host Polokwane City at FNB Stadium on 27 April 2016, kick-off at 19h30.

Pirates have won five of their last six league matches following a 4-1 away victory over Golden Arrows on April 16.

The Soweto giants have claimed 21 points from 12 home matches this season.

The Buccaneers are placed sixth on the Absa Premiership log with 38 points from 25 matches.

The Limpopo side has claimed six points from 12 away matches this season.

Rise and Shine are placed 13th on the Absa Premiership log with 26 points from 25 matches.

In head-to-head stats, Polokwane and Pirates have met in five league matches since 2013/14.

The Buccaneers have three wins compared to one for Rise and Shine, while one match has been drawn.

Pirates have won both of their two previous home league matches against Polokwane.

When the teams met earlier this season in the Limpopo province, they played to a goalless stalemate.