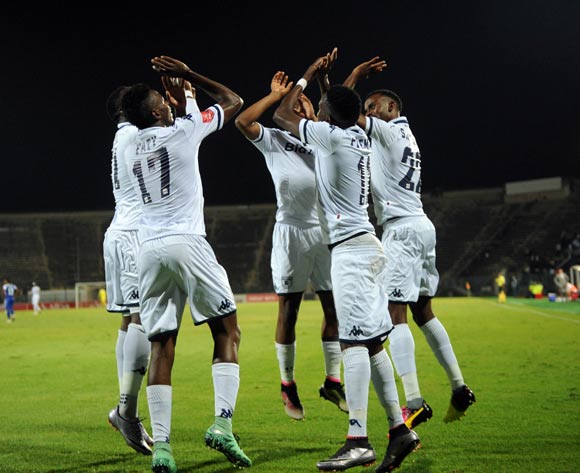 Welcome to the live play-by-play for the ABSA Premiership 2015/16 match between SuperSport Utd and Bidvest Wits at Lucas Moripe Stadium.

Welcome to the live play-by-play for the ABSA Premiership 2015/16 match between SuperSport Utd and Bidvest Wits at Lucas Moripe Stadium.

Bidvest Wits kept their Absa Premiership title ambitions alive with a 2-0 win over SuperSport United at the Lucas Moripe Stadium on Tuesday.

A clinical display by the Clever Boys who close the gap on league leaders Mamelodi Sundowns to three points courtesy of a brace from a returning Papy Faty. The Burundi international drafted into the starting eleven following a lengthy spell on the sidelines.

Ronwen Williams would have envisioned an early barrage from the Bidvest Wits strikers, instead, teammate Clayton Daniels forced him into an early save.

Daniels' back pass caught his goalkeeper off guard, lucky for the former Mamelodi Sundowns defender - Williams was on his toes, moving to his left before heading the ball away from danger.

Having survived an unexpected scare, Mario Booysen should have opened the scoring for SuperSport on the half-hour mark. The Matsatsantsa defender lost his marker to meet a Thuso Phala cross on the full, but the lanky centre back could only manage to guide the ball wide of goal.

Faty showed Bidvest Wits what they've been missing, scoring in his first game since November with 36 minutes on the clock.

Daine Klate with a superb lay-off to set up the midfielder, who settled himself before firing an unstoppable shot into the back of the net.

Both teams had chances to add to their tally after the break with Moeneeb Josephs at his best to deny Bradley Grobler in the 62nd minute.

Gavin Hunt's men ,though, made sure of all three points with eight minutes remaining. Jabulani Shongwe with an instant impact off the bench - racing through before laying it on a platter for Faty to complete his brace.

Bidvest Wits next face Chippa United in Johannesburg on Saturday.