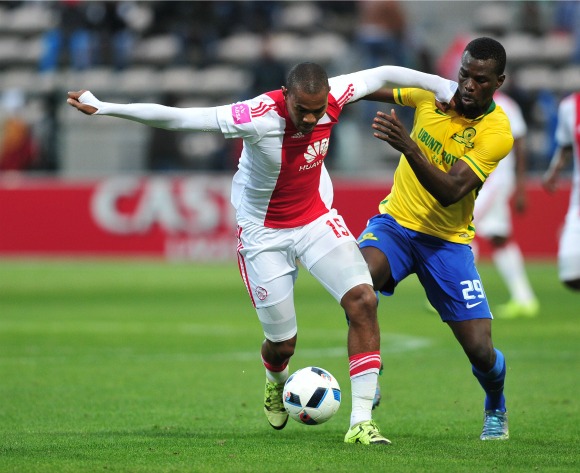 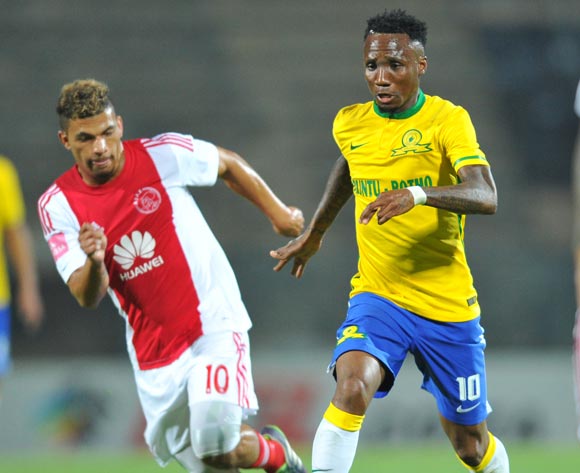 Welcome to the live play-by-play for the ABSA Premiership 2015/16 match between Ajax Cape Town and Mamelodi Sundowns at Cape Town Stadium.

1' The match is underway!
21' Hlompho Kekana (Mamelodi Sundowns) is cautioned.

Welcome to the live play-by-play for the ABSA Premiership 2015/16 match between Ajax Cape Town and Mamelodi Sundowns at Cape Town Stadium.

Ajax Cape Town put a dent in Mamelodi Sundowns’ title hopes by holding the visitors to a goalless draw at Athlone Stadium on Wednesday evening.

The Brazilians now lead second-placed Bidvest Wits by only four points and appear to be flagging as the end of a long and hard season approaches, having also exited the CAF Champions League and Nedbank Cup within the last week.

Sundowns struggled to get their passing game going in the first half, and it was the home side which dominated as a result.

Ajax should have claimed the lead in the 11th minute when Erwin Issacs provided a low cross to give Prince Nxumalo a great chance, but he was brilliantly denied by goalkeeper Denis Onyango.

Just past the half hour mark the Urban Warriors again missed out on a glaring opportunity, with Isaacs somehow missing the target from close range with a virtual open goal at his mercy.

Sundowns’ first notable chance only arrived late in the first half when a Khama Billiat cross allowed Leonardo Castro to get ahead of his marker in the box, but his header failed to trouble Anssi Jaakola.

Long-range specialist Hlompho Kekana almost gave ‘Downs the lead in injury time before the interval, firing a fearsome shot direct from a free kick but the woodwork came to Ajax’s rescue.

Sundowns threatened again only in the 72nd minute, with Bangaly Soumahoro getting a header on target from a corner kick and forcing Jaakkola into a fine diving save.

That chance sparked both teams into life for the remainder of the match, and chances were created at either end though it was the Brazilians who looked the likelier scorers as the full time whistle approached.

However, the match finished in a goalless stalemate, with Ajax left to reflect on their missed chances in the first half, while the Brazilians – given their mounting injury list and hectic schedule – may well consider this a point won rather than two lost.

Ajax out to dent ‘Downs

Ajax Cape Town will look to extend their unbeaten run in the Absa Premiership when they host Mamelodi Sundowns at Athlone Stadium on 27 April 2016, kick-off at 17h30.

Ajax have gone three league matches unbeaten after drawing 0-0 away to Kaizer Chiefs on April 16.

The Cape Town side has claimed 18 points from 12 home matches this season.

The Urban Warriors are placed 10th on the Absa Premiership log with 32 points from 25 matches.

Sundowns have won four of their last five league matches after defeating Jomo Cosmos 2-0 at home on April 16.

The Tshwane side has claimed 26 points from 12 away matches this season.

The Brazilians are placed first on the Absa Premiership log with 58 points from 25 matches.

The Brazilians have claimed 13 wins compared to 10 for the Urban Warriors, while 10 matches have ended in draws.

Ajax have won six of their 16 home league matches against Sundowns, suffering five defeats in the process.

When the teams met earlier this season, the Brazilians claimed a thrilling 3-2 home victory.

The teams have played to just one goalless draw in their last 28 league encounters.