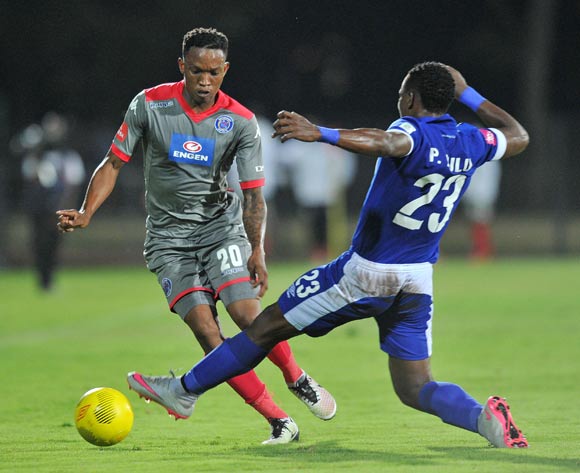 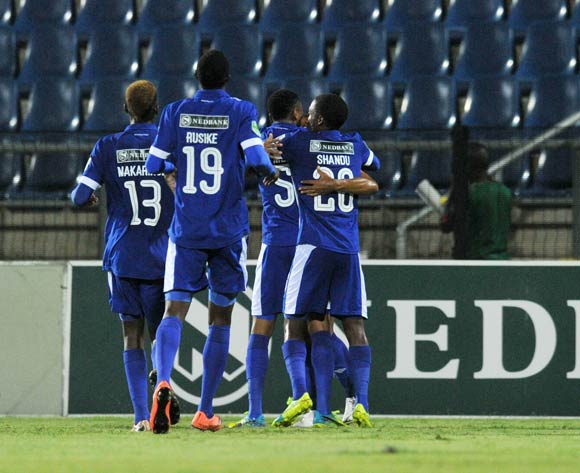 Welcome to the live play-by-play for the ABSA Premiership 2015/16 match between Maritzburg Utd. and SuperSport Utd at Harry Gwala Stadium.

46' The second half is underway
54' Brian Onyango (Maritzburg Utd. ) is cautioned.

Welcome to the live play-by-play for the ABSA Premiership 2015/16 match between Maritzburg Utd. and SuperSport Utd at Harry Gwala Stadium.

Once again Maritzburg United missed several scoring opportunities as SuperSport United came from a goal down to win their Absa Premiership clash 2-1 at the Harry Gwala Stadium on Friday night.

Ernst Middendorp’s side had some good first half chances, but only went into the tunnel 1-0 up and it was not enough.

Evans Rusike put Maritzburg ahead in the opening half before Bradley Grobler and Jeremy Brockie replaied with second half goals for the visitors.

Home side Maritzburg started brightly and nearly took a 5th minute lead when Sheldon Van Wyk crossed from the left wing to find Kurt Lentjies, but his attempt was cleared off the line by Clayton Daniels.

Just six minutes later, the home side almost got into the lead when Zimbabwe striker Evans Rusike’s shot flew straight at Ronwen Williams when a cross to a teammate may have been a better option for him.

Then came the best chance of the opening stages of the clash. In the 17th minute, Rusike broke away into space and passed to Van Wyk who was in a great position right in front of goal, but somehow he mis-timed his shot and scuffed his shot straight to Williams who made the save.

With Maritzburg coach Ernst Middendorp looking stressed on the touchline after the early scoring chances, SuperSport then had two headed chances that both went wide of goal.

But the home team soon replied with the goal their fans had been screaming for at a well-supported Harry Gwala Stadium. Evans Rusike broke found space on the right side of the big box and his cross-goal shot found the far corner with Williams getting fingertips to the ball.

Early in the second half Jeremy Brockie’s floated set piece found Bradley Grobler, but his header flew wide of the far post.

Then on 58 minutes, Grobler showed good composure and fired in a left footed shot from close range after good work by Michael Morton to supply him.

To the dismay of the home fans, Maritzburg missed a chance to draw level after 81 minutes when Mohau Mokate’s header from close range went straight into the hands of Williams.

The SuperSport goalkeeper made a good save in the 90th minute to keep out a curling free kick attempt by Thamsanqa Mkhize.

Maritzburg United will look to continue their fight for Absa Premiership survival when they host SuperSport United at Harry Gwala Stadium on 29 April 2016, kick-off at 20h00.

Maritzburg claimed their fourth league win of the season when they defeated Free State Stars 1-0 away on April 26.

The KwaZulu-Natal side has claimed seven points from 13 home matches this season.

The Team of Choice is placed 16th on the Absa Premiership log with 20 points from 26 matches.

SuperSport suffered their sixth home league defeat of the season when they were beaten 2-0 by Bidvest Wits on April 26.

The Tshwane side has claimed 21 points from 13 away matches this season.

Matsatsantsa are placed eighth on the Absa Premiership log with 34 points from 26 matches.

In head-to-head stats, SuperSport and Maritzburg have met in 19 league matches since 2005/06.

Matsatsantsa have nine wins compared to two for the Team of Choice, while eight matches have been drawn.

Maritzburg have yet to win a home league matches against SuperSport, recording five draws and four losses from nine encounters.

When the teams met earlier this season, they played to a 2-2 draw in Tshwane.

Since a 7-0 win over Maritzburg in 2011/12, SuperSport have scored just six goals in eight league matches against the KwaZulu-Natal side.