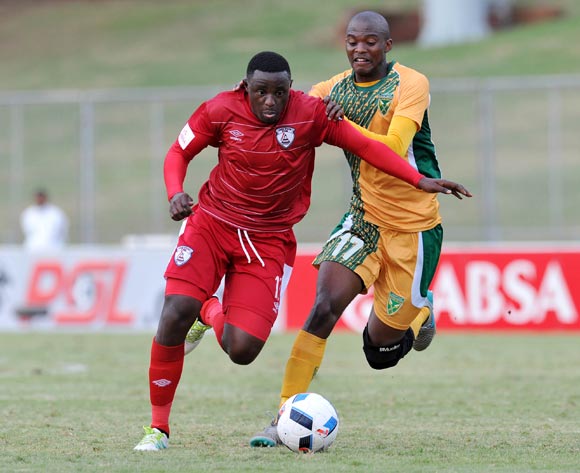 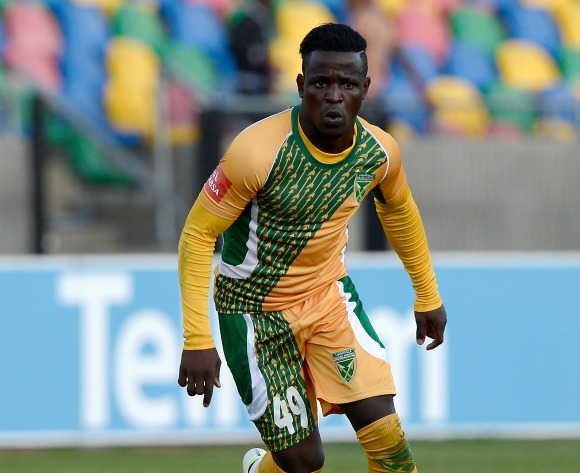 Welcome to the live play-by-play for the ABSA Premiership 2015/16 match between Golden Arrows and Free State Stars at Chatsworth Stadium.

Welcome to the live play-by-play for the ABSA Premiership 2015/16 match between Golden Arrows and Free State Stars at Chatsworth Stadium.

Golden Arrows edged out Free State Stars 1-0 in an Absa Premiership clash played in at the Chatsworth Stadium in Durban on Saturday afternoon.

Abafana Bes'thende moved to the ninth spot on the Absa Premiership standings following their win, while Ea Lla Koto dropped down to 11th on the league log.

The first shot at goal came from Arrows forward Frank Mhango who received a pass from Matome Mathiane three minutes into the game and he placed his effort just over the crossbar.

In the 19th minute, Bokang Thlone played a pass for Sello Japhta and the latter unleashed a shot which failed to trouble Arrows goalkeeper Maximilian Mbaeva.

Mhango fired Abafana Bes'thende into the lead when he scored with a right-footed finish with Kudakwashe Mahachi providing an assist three minutes before the half-hour mark.

The visitors were awarded a free-kick just outside the Arrows box in the 35th minute and Danny Venter stepped up and placed his effort over the crossbar.

Nine minutes after the restart, Stars midfielder Japhta whipped the ball into the Arrows box and Mbaeva was well-positioned to gather the cross as the visitors searched the equaliser.

The home side made the first change of the game on the hour-mark when Andile Fikizolo replaced Kwanele Hlongwane.

In the 63rd minute, former Bloemfontein Celtic striker Mhango unleashed a good shot from range and Stars shot-stopper Mathole made a great save.

In the end, Arrows emerged 1-0 winners over Stars and the latter collected the maximum points on the day.

Golden Arrows will look to boost their top eight hopes in the Absa Premiership when they host Free State Stars at Chatsworth Stadium on 30 April 2016, kick-off at 15h00.

Arrows ended a run of five league matches without a win by beating Black Aces 4-1 away on April 27.

The Durban side has claimed 15 points from 13 home matches this season.

Abafana Bes’thende are placed 11th on the Absa Premiership log with 33 points from 26 matches.

Stars have gone four league matches without a win after suffering a 1-0 home defeat to Maritzburg United on April 26.

The Free State side has claimed 14 points from 13 away matches this season.

Ea Lla Koto are placed 10th on the Absa Premiership log with 33 points from 26 matches.

Ea La Koto have eight wins compared to five for Abafana Bes’thende, while eight matches have been drawn.

Arrows have won four of their 10 home league matches against Stars, suffering two defeats in the process.

When the teams met earlier this season, Abafana Bes’thende claimed a 3-1 away win in the Free State.

The teams have only played to one draw in their last 11 league meetings, having played to seven in their first 10.