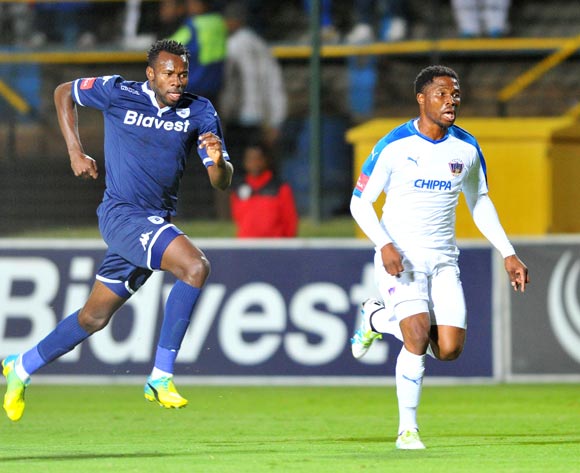 David Zulu of Chippa United challenged by Bongani Khumalo of Bidvest Wits during the Absa Premiership match between Bidvest Wits and Chippa United at the Bidvest Stadium in Johannesburg, South Africa on April 30, 2016 ©Samuel Shivambu/BackpagePix 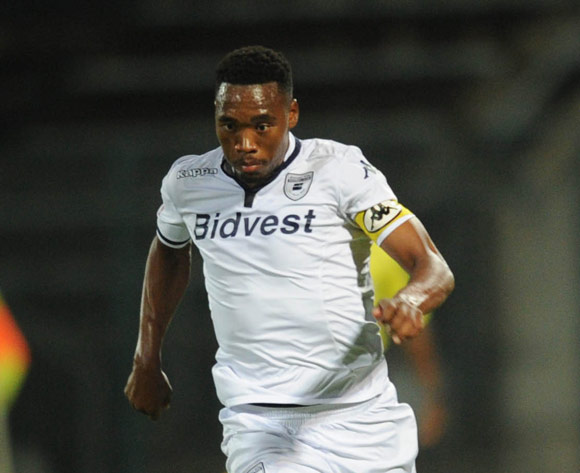 Welcome to the live play-by-play for the ABSA Premiership 2015/16 match between Bidvest Wits and Chippa United at Bidvest Stadium.

1' The match is underway!
12' David Zulu (Chippa United) is cautioned.

46' The second half is underway
55' Phumlani Ntshangase (Bidvest Wits) is cautioned.

Welcome to the live play-by-play for the ABSA Premiership 2015/16 match between Bidvest Wits and Chippa United at Bidvest Stadium.

Chippa United put up a strong performance to dent Bidvest Wits’ Absa Premiership title ambitions by holding the Johannesburg team to a 1-1 draw at Bidvest Stadium.

The Chilli Boys opened the scoring through Thamsanqa Sangweni in the first half, but the Clever Boys struck back through Sibusiso Vilakazi in the second stanza and looked the stronger team in the dying stages of the match.

Chippa put up a superb display in the first 45 minutes and were arguably unlucky to be just 1-0 up heading into the break. Their goal arrived in the 17th minute when Xola Mlambo teed up Thamsanqa Sangweni to fire home a fearsome volley from a tight angle.

It was the first league goal conceded by the Clever Boys’ defence since a 2-1 win over Maritzburg United on February 24.

The Eastern Cape side enjoyed the majority of possession and succeeded in neutralising any threat Wits could pose, with the home side’s only notable moment in attack a tame header on target from Sibusiso Vilakazi in the 27th minute which was easily cleared off the line.

Wits were also unsettled by an incident involving midfielder Papy Faty, who appeared to feint on the sidelines after suffering a dizzy spell. He was replaced by Ben Motshwari just over 10 minutes before the end of the first half.

The hosts made another change at the start of the second half, sending on Joaquim Lupeta in place of the anonymous Henrico Botes, while Chippa put on striker Lerato Manzini in place of winger Joseph Malongoane.

Wits looked much sharper in attack as a result of Lupeta’s introduction and just before the hour mark they equalised through Sibusiso Vilakazi, who scored with a glancing header after being left completely unmarked at a corner kick.

On 78 minutes the Clever Boys should have claimed the lead, with a free kick evading several players in the box before finding the head of Lupeta virtually under the crossbar, but the substitute somehow put his effort over the target.

Wits certainly looked the likelier scorers as the match clock ticked toward full time, but they were unable to find another way through a resilient Chilli Boys defence.

The result leaves Wits still three points behind ‘Downs, with the leaders set to face Kaizer Chiefs away in their match in hand later on Saturday night.

Wits out to teach Chippa a lesson

Bidvest Wits will aim to keep up their remarkable form in the Absa Premiership when they host Chippa United at Bidvest Stadium on 30 April 2016, kick-off at 18h00.

Wits have claimed 19 points from 21 available in their last seven league matches (without conceding a single goal in the process) and defeated SuperSport United 2-0 away on April 26.

The Johannesburg side has claimed 27 points from 13 home matches this season.

The Clever Boys are placed second on the Absa Premiership log with 55 points from 26 matches.

Chippa snapped a run of five matches without a win by defeating Platinum Stars 4-1 at home on April 27.

The Eastern Cape side has claimed 11 points from 13 away matches this season.

The Chilli Boys are placed seventh on the Absa Premiership log with 37 points from 26 matches.

In head-to-head stats, Chippa and Wits have met in five league matches since 2012/13.

The Clever Boys have two wins compared to one for the Chilli Boys, while two matches have been drawn.

Wits are unbeaten in home league matches against Chippa, with one win and one draw from two turns as hosts.

When the teams met earlier this season, the Clever Boys claimed a 3-1 away win in the Eastern Cape.

No player has scored more than one goal across the teams’ five league meetings.