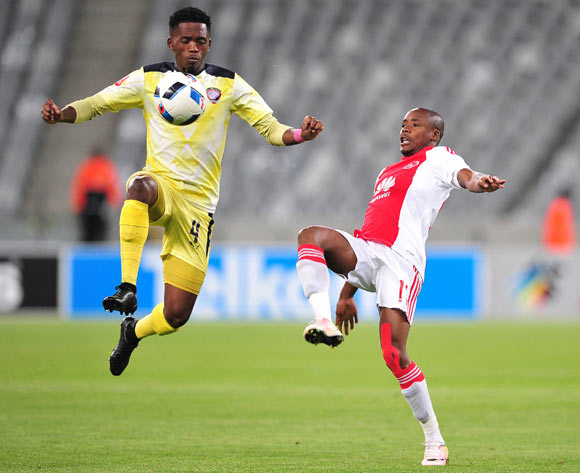 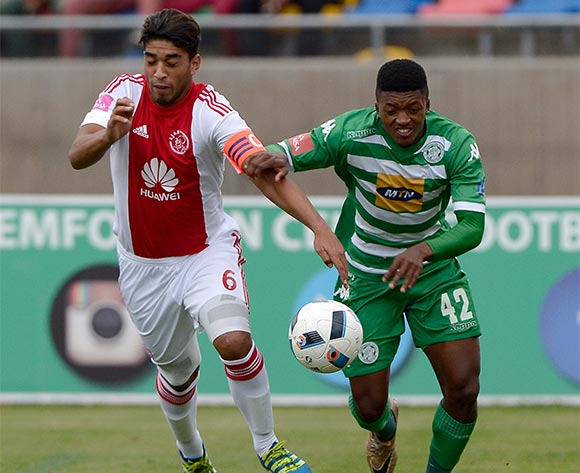 Welcome to the live play-by-play for the ABSA Premiership 2015/16 match between Ajax Cape Town and Jomo Cosmos at Athlone Stadium.

Welcome to the live play-by-play for the ABSA Premiership 2015/16 match between Ajax Cape Town and Jomo Cosmos at Athlone Stadium.

A late goal by Tebogo Makobela earned Jomo Cosmos a 2-2 draw with Ajax Cape Town in an Absa Premiership clash played at the Cape Town Stadium on Wednesday night.

The draw left the Urban Warriors placed tenth on the Absa Premiership standings, while Ezenkosi also remained 14th on the league log.

At the other end, Linda Mntambo put Ezenkosi into the lead with a good header to silence the Urban Warriors' fans thirteen minutes into the game.

Just four minutes into the half, Nathan Paulse set-up Prince Nxumalo and the latter fired past Naicker to restore parity for the Urban Warriors.

The visitors nearly restored their lead in the 64th minute when Thabang Monare's cross was headed inches wide of the target by Mntambo.

New Bafana Bafana international Nxumalo's header missed the target with 15 minutes left on the clock as the home side searched for the winner.

The striker did find the back of the net in the 85th minute when he scored with a right-footed finish with Abbubaker Mobara grabbing an assist.

Cosmos midfielder Tebogo Makobela had other ideas as he made it 2-2 with a decent header and the league game ended in a draw.

Ajax look to bounce back

Ajax Cape Town will look to bounce back from a heavy Absa Premiership defeat when they host Jomo Cosmos at Cape Town Stadium on 4 May 2016, kick-off at 19h30.

Ajax suffered their biggest defeat of the season when they were beaten 5-0 at Bloemfontein Celtic on May 1.

The Cape Town side has claimed 19 points from 13 home matches this season.

The Urban Warriors are placed 10th on the Absa Premiership log with 33 points from 27 matches.

Cosmos claimed their fifth home win of the season when they defeated University of Pretoria 1-0 on May 1.

The Potchefstroom-based side has claimed just five points from 13 away matches this season.

Ezenkosi are placed 14th on the Absa Premiership log with 24 points from 27 matches.

The Urban Warriors have claimed 14 wins compared to six for Ezenkosi, while just three matches have been drawn.

Ajax have won eight of their 11 home league matches against Cosmos, suffering just one defeat in the process.

When the teams met earlier this season, the Urban Warriors claimed a 2-1 away win in Potchefstroom.

Ajax are unbeaten in their last seven league matches against Cosmos.