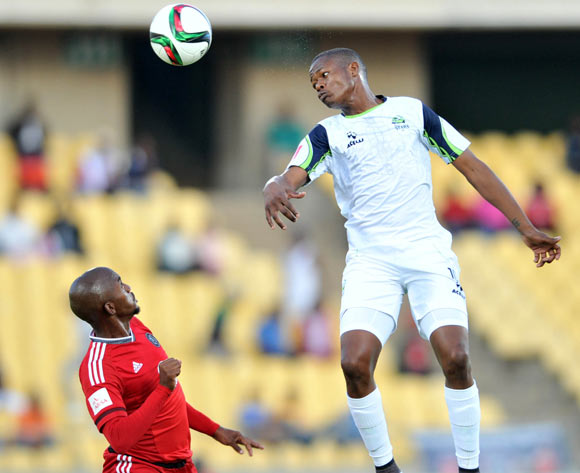 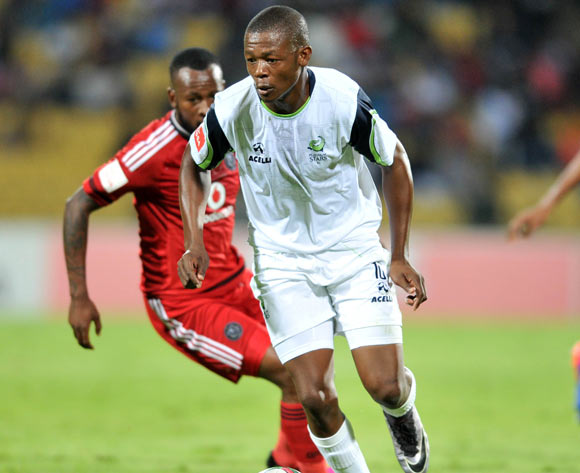 Welcome to the live play-by-play for the ABSA Premiership 2015/16 match between Free State Stars and Platinum Stars at Goble Park.

45' The second half is underway
50' Ndumiso Mabena (Platinum Stars ) scores!

Welcome to the live play-by-play for the ABSA Premiership 2015/16 match between Free State Stars and Platinum Stars at Goble Park.

A second half goal from Ndumiso Mabena cancelled out Lucky Mohomi’s first half opener as Free State Stars and Platinum Stars played to a 1-1 draw in their Absa Premiership match at Goble Park on Saturday afternoon.

Platinum Stars started the better of the two sides and almost took the lead in the 15th minute, but a fantastic fingertip save from Johnny Mathole denied Mabena from the edge of the box.

The home side took a strangle hold of the game thereafter and made their pressure pay with the opening goal in the 35th minute.

Mohomi drove into the box and fired the ball home to give Free State a 1-0 lead at the break.

Platinum Stars restored parity five minutes into the second half after a powerfully struck 25-yard free-kick from Mabena found the corner of the goal, 1-1.

Vuyo Mere should have given Platinum Stars the lead in the 77th minute when he met a Mabena cross, but his header shaved the wrong side of the crossbar.

Neither side could find a winner in the final ten minutes as they settled for a share of the spoils.

The draw for Free State sees them remain in the 11th place on the table with 34 points, four points adrift of a top eight place.

The result for Platinum Stars sees them remain in third place with 47 points, ten points adrift of second placed Bidvest Wits and two points ahead of fourth placed Kaizer Chiefs.

Battle of the Stars at Goble Park

Free State Stars will look to end their lean run in the Absa Premiership when they host Platinum Stars at Goble Park on 7 May 2016, kick-off at 15h00.

Free State have gone five league matches without a win after losing 1-0 away to Golden Arrows on April 30.

The Bethlehem-based side has claimed 19 points from 13 home matches this season.

Ea Lla Koto are placed 11th on the Absa Premiership log with 33 points from 27 matches.

Platinum snapped a run of three winless games by defeating Orlando Pirates 2-1 at home on May 2.

The Rustenburg side has claimed 18 points from 13 away matches this season.

Dikwena are placed third on the Absa Premiership log with 47 points from 27 matches.

In head-to-head stats, Platinum and Free State have met in 19 league matches since 2005/06.

Each side has claimed six wins against the other, while seven matches have been drawn.

Free State have won just two of their nine home league matches against Platinum, suffering three defeats in the process.

When the teams met earlier this season, Ea Lla Koto claimed a 2-1 away win in Rustenburg.

The teams have played to just one draw in their last eight league meetings.