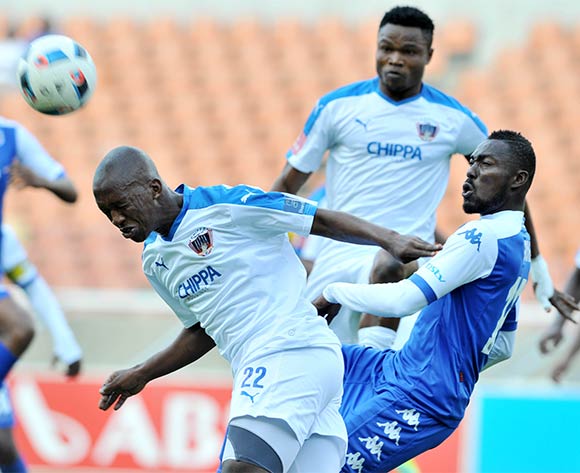 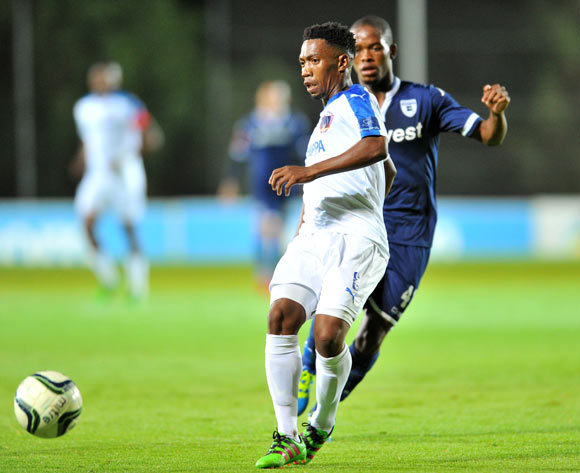 Buyani Sali of Chippa United challenged by Phumlani Ntshangase of Bidvest Wits during the Absa Premiership match between Bidvest Wits and Chippa United at the Bidvest Stadium in Johannesburg, South Africa on April 30, 2016 ©Samuel Shivambu/BackpagePix

Welcome to the live play-by-play for the ABSA Premiership 2015/16 match between Chippa United and Golden Arrows at Nelson Mandela Bay Stadium.

1' The match is underway!
44' Nkosinathi Mthiyane (Chippa United) is cautioned.

Welcome to the live play-by-play for the ABSA Premiership 2015/16 match between Chippa United and Golden Arrows at Nelson Mandela Bay Stadium.

Chippa United and Golden Arrows played to a goalless stalemate in an Absa Premiership clash at Buffalo City Stadium in East London on Saturday afternoon.

The draw leaves the Chilli Boys placed seventh on the Absa Premiership log, while Abafana Bes'thende also remained ninth on the league standings.

The visitors had chance to score from a free-kick just nine minutes into the game and Kudakwashe Mahachi's effort from the set-piece sailed over the crossbar.

In the 16th minute, Arrows forward Frank Mhango came very close to netting as he challenged Chippa goalkeeper Daniel Akpeyi, but the ball missed the target.

The in-form Malawi international then found some space just outside the Chippa box in the 33rd minute and he unleashed a powerful shot which failed to trouble Akpeyi.

Chippa full-back Nkosinathi Mthiyane received the first booking of the match on the stroke of half-time following a bad challenge on Arrows youngster Nkanyiso Cele.

Ten minutes after the restart Chippa midfielder Buyani Sali forced Arrows shot-stopper Mbaeva into a decent save as the home side searched for the opening goal.

Andile Mbenyane pulled the trigger from range in the 68th minute and the Chilli Boys playmarker's effort sailed over the Abafana Bes'thende goal-posts.

With seven minutes left on the clock, Thamsanqa Sangweni's dangerous curling attempt from a corner-kick was easily gathered by Namibian keeper Mbaeva.

Nevertheless, the Chilli Boys and Abafana Bes'thende drew 0-0 and the two sides shared the spoils on the day.

Chippa United will look to continue their push for a top eight finish in the Absa Premiership when they host Golden Arrows at Buffalo City Stadium on 7 May 2016, kick-off at 15h00.

Chippa played to a fourth draw from their last six league matches when they held Bidvest Wits 1-1 away on April 30.

The Eastern Cape side has claimed 26 points from 13 home matches this season.

The Chilli Boys are placed seventh on the Absa Premiership log with 38 points from 27 matches.

The Durban side has claimed 18 points from 13 away matches this season.

Abafana Bes’thende are placed ninth on the Absa Premiership log with 36 points from 27 matches.

Abafana Bes’thende have claimed two wins compared to one for the Chilli Boys, while there has yet to be a draw in the rivalry.

Chippa’s only previous home league match against Arrows was a 2-1 loss in the second half of the 2012/13 season.

When the teams met earlier this season, the Chilli Boys claimed a 2-0 away win in Durban.