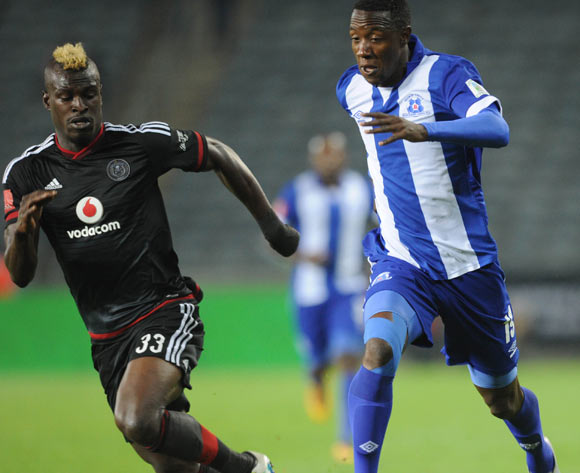 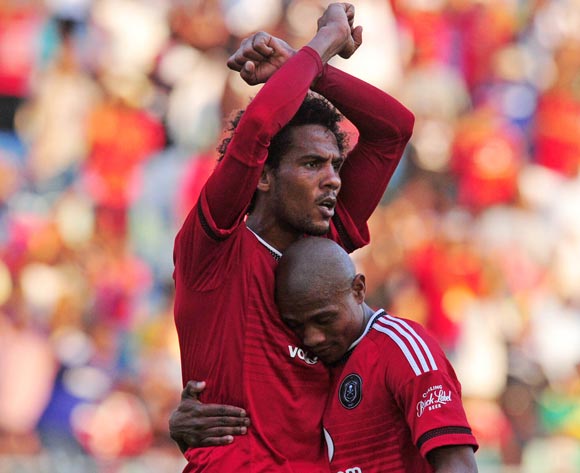 Welcome to the live play-by-play for the ABSA Premiership 2015/16 match between Orlando Pirates and Maritzburg Utd. at Orlando Stadium.

Welcome to the live play-by-play for the ABSA Premiership 2015/16 match between Orlando Pirates and Maritzburg Utd. at Orlando Stadium.

Maritzburg United claimed a valuable point in their fight for Absa Premiership survival when they held Orlando Pirates 0-0 at Orlando Stadium on Saturday.

The Team of Choice created the better opportunities in the match, outplaying the Buccaneers on their home ground, but they were forced to settle for just a point. However, that reward could yet prove to be decisive in the relegation battle.

Maritzburg were the first to threaten a goal, with Zimbabwean striker Evans Rusike sending a well-struck drive just wide of the near post from a tight angle as early as the seventh minute.

Pirates’ only notable attacking highlight in the first half arrived just past the half hour mark, with Thamsanqa Gabuza presented with a great sight of goal only to be quickly closed down and ultimately denied by goalkeeper Virgil Vries.

Maritzburg suffered a blow late in the half when they were forced to withdraw key playmaker Kurt Lentjies, who succumbed to a knee injury he carried into the match, though the speedy Sheldon Van Wyk was a more than useful replacement.

The first chance of the second half went the way of Pirates, with Gabuza’s clever movement into the channel between his marker and the right-back gifting him another shooting chance, but he put his left-footed effort over the target in the 55th minute.

From then on it was the Team of Choice who took control of the game and created several good chances. On 68 minutes Van Wyk fired a shot at goal only to be denied by a fine save from Brighton Mhlongo, and shortly thereafter defender Brian Onyango headed over the crossbar from close range.

Perhaps the best chance of the half fell to Rusike in the 85th minute and when he opened his body and looked to curl the ball into the top corner, it seemed destined to break the deadlock. Sadly for the visitors, the ball drifted just wide of the upright, leaving the game to finish 0-0.

Orlando Pirates will look to return to winning form in the Absa Premiership when they host Maritzburg United at Orlando Stadium on 7 May 2016, kick-off at 20h15.

Pirates suffered just a second defeat from their last eight league matches when they went down 2-1 away to Platinum Stars on May 2.

The Soweto giants have claimed 22 points from 13 home matches this season.

The Buccaneers are placed sixth on the Absa Premiership log with 39 points from 27 matches.

Maritzburg suffered their 15th defeat of the league season when they went down 2-1 at home to SuperSport United on April 29.

The KwaZulu-Natal club has claimed 13 points from as many away matches this season.

The Team of Choice is placed 16th on the Absa Premiership log with 20 points from 27 matches.

In head-to-head stats, Maritzburg and Pirates have met in 19 league matches since 2005/06.

The Buccaneers have 10 wins compared to five for the Team of Choice, while four matches have been drawn.

Pirates have won five of their nine home league matches against Maritzburg, suffering two defeats in the process.

When the teams met earlier this season, they played to a thrilling 3-3 draw in Pietermaritzburg.

The teams have played out just one goalless draw against each other in their league rivalry.