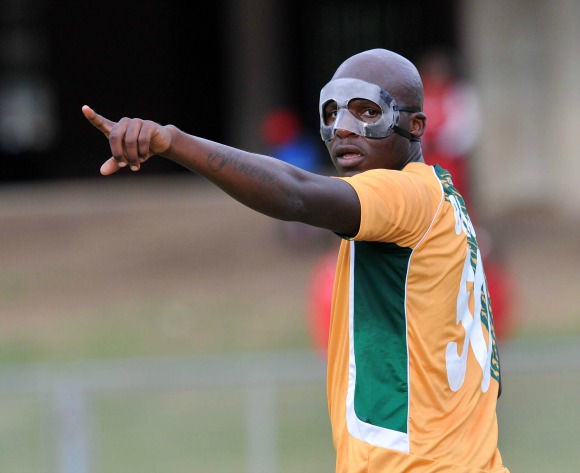 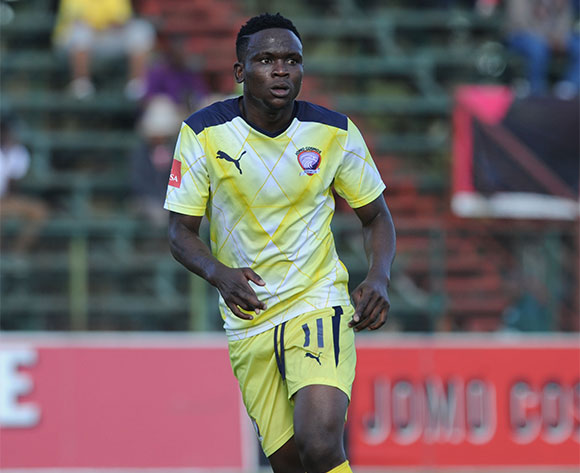 Welcome to the live play-by-play for the ABSA Premiership 2015/16 match between Golden Arrows and Jomo Cosmos at Chatsworth Stadium.

1' The match is underway!
34' Nkanyiso Cele (Golden Arrows) is cautioned.

46' The second half is underway
51' Sipho Mngomezulu (Jomo Cosmos) is cautioned.

Welcome to the live play-by-play for the ABSA Premiership 2015/16 match between Golden Arrows and Jomo Cosmos at Chatsworth Stadium.

Musa Bilankulu scored the only goal of the game as Golden Arrows defeated Jomo Cosmos in an Absa Premiership clash at Princess Magogo Stadium on Wednesday night.

Ezenkosi could have sealed safety from possible relegation had they won, but this result leaves them in danger of dropping back into the red zone should they lose their final match of the season against fellow strugglers Maritzburg United on May 21.

There was no shortage of efforts at goal from both sides in the first half, though goalkeepers Max Mbaeva and Sherwyn Naicker were mostly untroubled due to some wayward shooting from the attacking players on show.

Arrows generally saw more of the ball and looked the more fluid team in terms of passing, though Cosmos’ more direct style of play saw them create opportunities for the likes of Linda Mntambo, Mxolisi Machupu and Matsilele Sono, but they were unable to take advantage.

Ezenkosi were punished for some slack defending in injury time at the end of the first half, with a failure to properly clear from corner kick resulting in Musa Bilankulu scoring a superb, acrobatic volley to leave it 1-0 in favour of the hosts at half time.

Cosmos needed some inspiration in the second half and coach Jomo Sono turned to substitutes Denver Mukamba and Mician Mhone to try and spark his team’s attack into life, but Arrows remained in control of the game and were able to see out the victory.

Golden Arrows will look to continue their strong form in the Absa Premiership when they host Jomo Cosmos at Princess Magogo Stadium on 11 May 2016, kick-off at 19h30.

Arrows have gone four league matches without defeat after holding Chippa United go a goalless draw away from home on May 7.

The Durban side has claimed 18 points from 14 home matches this season.

Abafana Bes’thende are placed ninth on the Absa Premiership log with 37 points from 28 matches.

Cosmos extended their unbeaten run in the league to three matches with a 2-2 draw away to Ajax Cape Town on May 4.

The Potchefstroom-based side has claimed six points from 14 away matches this season.

Ezenkosi are placed 14th on the Absa Premiership log with 25 points from 28 matches.

In head-to-head stats, Cosmos and Arrows have met in 21 top flight league matches since 2000/01.

Abafana Bes’thende have dominated the rivalry, claiming 12 wins compared to two for Ezenkosi, while seven matches have been drawn.

Arrows have an unbeaten home record against Cosmos, with seven wins and three draws from 10 matches as hosts.

When the teams met earlier this season they played to a goalless stalemate in Potchefstroom.

Cosmos’ last top flight league win against Arrows was a 1-0 triumph back in the 2003/04 season.