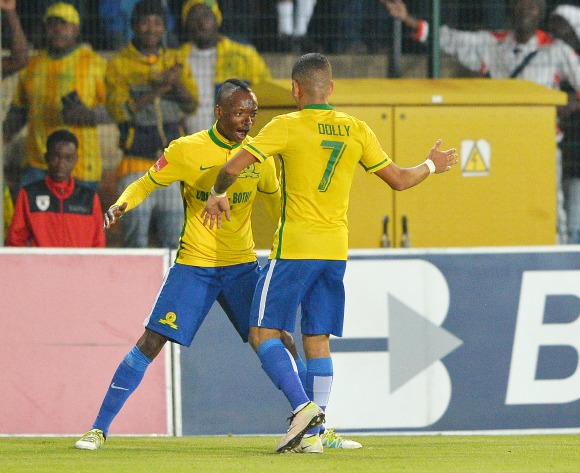 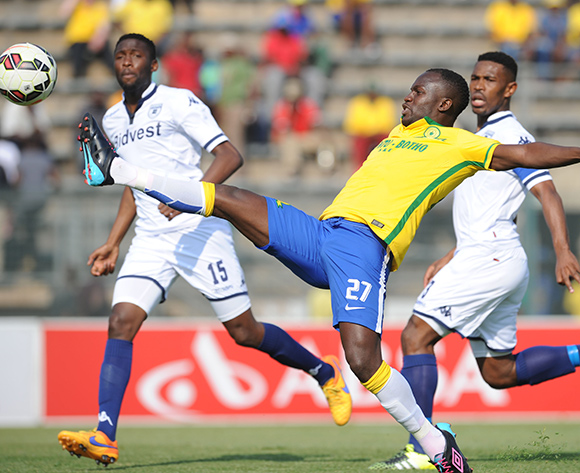 Welcome to the live play-by-play for the ABSA Premiership 2015/16 match between Bidvest Wits and Mamelodi Sundowns at Bidvest Stadium.

Welcome to the live play-by-play for the ABSA Premiership 2015/16 match between Bidvest Wits and Mamelodi Sundowns at Bidvest Stadium.

Although they were under pressure from Bidvest Wits, Mamelodi Sundowns managed to bag a 1-0 win courtesy of a fine strike by Khama Billiat in their Absa Premiership tie on Wednesday night at Bidvest Stadium.

The victory took the new league champions to 68 points and they will wrap up their league campaign at home to Platinum Stars on May 21 with a chance of setting a record points haul for a 16-team PSL season.

Pitso Mosimane's men absorbed the pressure from the first whistle as their hosts displayed their intentions and dominated the first 10 minutes.

But after settling down in the match, Billiat spotted Moeneeb Josephs off his line in the 25th minute and unleashed a long range shot, beating the Students’ net minder to hand the Brazilians the lead against the run of play.

In the 39th minute, Leonardo Castro missed twice in a one-on-one situation with Josephs; the keeper initially saved his shot before the Colombian missed on second invitation.

Ben Motshwari came close to finding an equaliser in the final minutes of the first half when he was set up by Sibusiso Vilakazi, but the midfielder ballooned his shot wide.

It was 1-0 at the interval to Mosimane's side and the hosts continued their dominance, with Onyango making a brilliant save to deny Bongani Khumalo from point blank range.

Towards the 70th minute, Sundowns were forced to try long range shots and Langerman's effort didn’t trouble Josephs as it went wide.

With Wits piling on the pressure, Onyango produced another wonderful save to deny substitute Joaquim Lupeta in the box from a sweet cross by Pelembe.

The last 10 minutes of the contest saw the Tshwane side enjoying possession and in the end, the hosts failed to beat the big Ugandan goalkeeper Onyango.

In the wake of the loss, the Braamfontein-based side remain placed in the second spot with 57 points and trail the new league champions by 11 points with one match to go.

Wits have drawn three of their last four league matches, having been held 2-2 at Black Aces on May 3.

The Johannesburg side has claimed 28 points from 14 home matches this season.

The Clever Boys are placed second on the Absa Premiership log with 57 points from 28 matches.

Sundowns claimed their 20th league win of the season and clinched the PSL title with a 3-0 away win over University of Pretoria on May 4.

The Tshwane side has claimed 30 points from 14 away matches this season.

The Brazilians are placed first on the Absa Premiership log with 65 points from 28 matches.

In head-to-head stats, Sundowns and Wits have met in 60 league matches since 1985.

The Brazilians have claimed 32 wins compared to 16 for the Clever Boys, while 12 matches have been drawn.

Wits have won 12 of their 30 home league fixtures against Sundowns, suffering 14 defeats in the process.

When the teams met earlier this season the Brazilians claimed a thrilling 4-2 home victory.

The teams have played to just one goalless draw (in the first half of last season) in their last 20 league meetings.