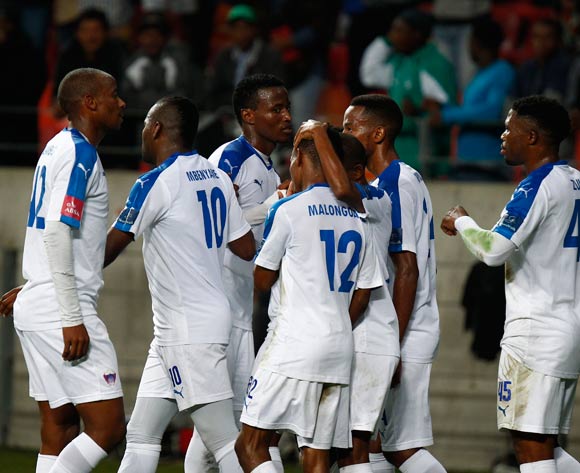 Chippa United celebrate with Joseph Malongoane of Chippa United after scoring a goal during the Absa Premiership 2015/16 game between Chippa United and Orlando Pirates at Nelson Mandela Bay Stadium, Port Elizabeth on 11 May 2016 © Mike Sheehan/BackpagePix 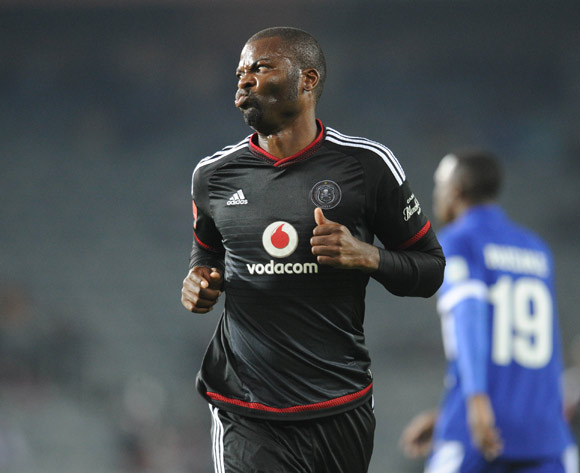 Welcome to the live play-by-play for the ABSA Premiership 2015/16 match between Chippa United and Orlando Pirates at Nelson Mandela Bay Stadium.

1' The match is underway!
23' Lehlogonolo Maselesa (Orlando Pirates) is cautioned.

46' The second half is underway
47' Luvoyo Memela (Orlando Pirates) is cautioned.

Welcome to the live play-by-play for the ABSA Premiership 2015/16 match between Chippa United and Orlando Pirates at Nelson Mandela Bay Stadium.

Chippa United upset Orlando Pirates in an Absa Premiership match at the Nelson Mandela Bay Stadium on Wednesday night by beating them 2-0.

The victory saw Chippa jump above the Buccaneers on the league table into sixth place with 42 points, only two points behind fifth placed MP Black Aces.

Pirates dropped behind Chippa into seventh place with 40 points and are in danger of dropping outside the top eight if they lose on the last day of the league season.

Chippa were the better side in both halves and deserved the win.

Joseph Molangoane opened the scoring for the home side in the 29th minute with a clinical strike from just inside the box after a mistake in defence by Pirates afforded him the chance, 1-0.

Pirates should have levelled matters ten minutes later when Ntsikelelo Nyauza played Sifiso Myeni through on goal, but the latter shot wide with the goal at his mercy.

The home side doubled their lead on the hour mark when Molangoane turned provider after playing Buyani Sali into space inside the box and he made no mistake with just the keeper to beat, 2-0.

Pirates pushed for some consolation in the last half hour, but the Chippa defence stood firm as they picked up their 12th win of the season.

Chippa United will welcome Orlando Pirates to Nelson Mandela Bay Stadium on 11 May 2016 for their final home Absa Premiership match this season, kick-off at 19h30.

Chippa played to a second successive draw in the league when they were held 0-0 at home by Golden Arrows on May 7.

The Eastern Cape side has claimed 27 points from 14 home matches this season.

The Chilli Boys are placed seventh on the Absa Premiership log with 39 points from 28 matches.

Pirates have gone three league matches without a win after drawing 0-0 at home to Maritzburg United on May 7.

The Soweto giants have claimed 17 points from 14 away matches this season.

The Buccaneers are placed sixth on the Absa Premiership log with 40 points from 28 matches.

In head-to-head stats, Pirates and Chippa have met in five league matches since the 2012/13 season.

Each side has claimed two victories from the sequence, with one match ending all square.

Chippa are unbeaten in home league matches against Pirates, with one win and one draw from their two turns as host.

When the teams met earlier this season Pirates claimed an emphatic 4-1 home victory.

That match was easily the highest-scoring encounter between the teams, with their four previous league meetings producing just four goals.