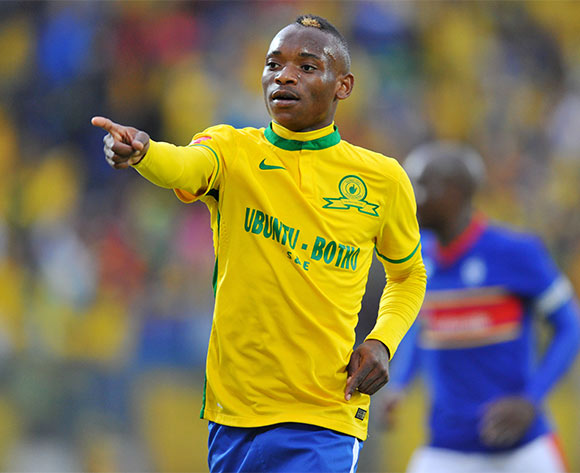 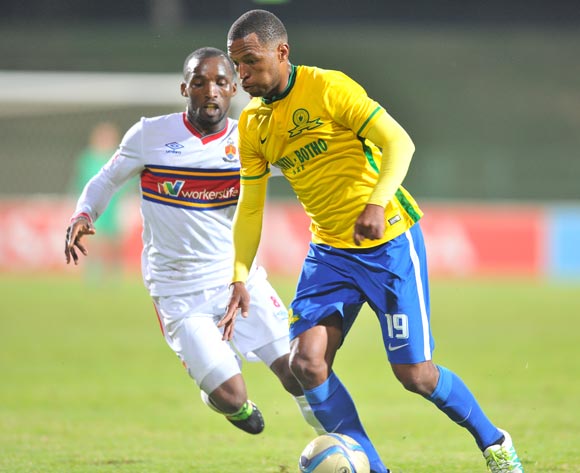 Welcome to the live play-by-play for the ABSA Premiership 2015/16 match between Mamelodi Sundowns and Platinum Stars at Lucas Moripe Stadium.

Welcome to the live play-by-play for the ABSA Premiership 2015/16 match between Mamelodi Sundowns and Platinum Stars at Lucas Moripe Stadium.

Brazilians end on a high

Mamelodi Sundowns brought their triumphant 2015/16 Absa Premiership season to a close with a 1-0 win over Platinum Stars at Lucas Moripe Stadium on Saturday.

The champions’ victory sees them end with two records: a haul of 71 points (for a 16-team PSL season) and a lead of 14 points at the end of the season over second-placed Bidvest Wits. Both marks eclipse the previous records set by Kaizer Chiefs last season.

Sundowns dominated the opening period of the match and were rewarded midway through the first half when Khama Billiat ran onto a long pass from Keagan Dolly, cut inside a couple of defenders and provided a cool finish past Mbongeni Mzimela to make it 1-0 to the hosts.

The Brazilians were able to hold onto their advantage up to the half time mark and head into the break with the ascendancy very much in their favour. Stars made two changes early in the second half in an attempt to boost their attacking midfield ranks, with Sibusiso Msomi and Robert Ng’ambi both being introduced off the bench.

However, ‘Downs remained in charge of the match and looked the likelier scorers, though the end-of-season atmosphere meant they didn’t push as hard for further goals as they normally would have.

The closest Dikwena claimed to an equaliser was when Thabo Nthethe was penalised for a hand-ball in the 18-yard box. Ndumiso Mabena took the spot kick, but saw his effort well saved by the ‘Downs goalkeeper.

Despite the defeat, Platinum Stars finished third on the Absa Premiership log and qualify for the CAF Confederation Cup next year.

Mamelodi Sundowns will look to set a new record for the most points in an Absa Premiership season when they host Platinum Stars at Lucas Moripe Stadium on 21 May 2016, kick-off at 15h00.

Sundowns claimed a third successive league win (and their 21st in the season) when they defeated nearest challengers Bidvest Wits 1-0 away on May 11.

The Tshwane side has claimed 35 points from 14 home matches this season. They have suffered just one defeat on home soil.

The Brazilians are placed first on the Absa Premiership with 68 points from 29 matches. A win would take them to 71 points and set a new record for the most points in a 16-team PSL season.

Stars suffered a third loss in their last five league matches when they were beaten 3-2 at home by Bloemfontein Celtic on May 11.

The Rustenburg side has claimed 19 points from 14 away matches this season. They haven’t won on the road since a 2-1 victory at Kaizer Chiefs in January.

Dikwena are placed third on the Absa Premiership log with 47 points from 29 matches. They cannot finish higher than third, but could be overtaken by both Kaizer Chiefs and Black Aces if they lose.

The Brazilians have nine wins compared to six for Dikwena, while 10 matches have been drawn.

Sundowns have won just three of their 12 home league matches against Stars, suffering four defeats in the process.

When the teams met earlier this season in Rustenburg they played to a goalless draw.

Six of the teams’ last 10 league meetings have ended in draws.