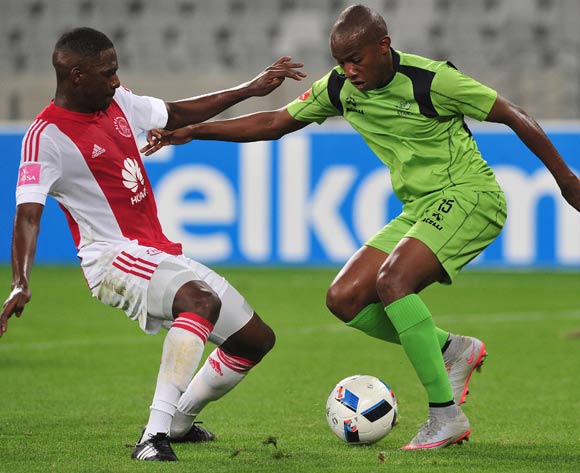 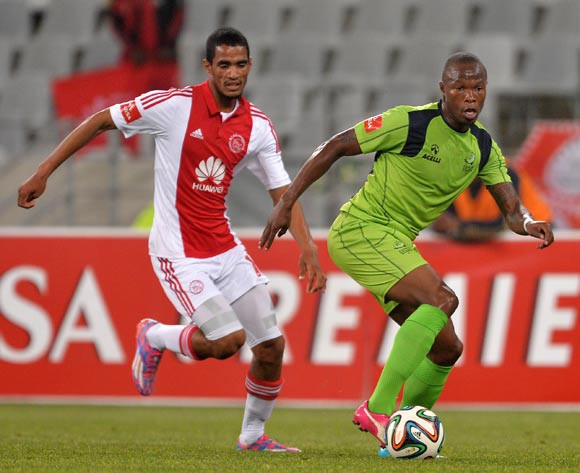 Welcome to the live play-by-play for the ABSA Premiership 2015/16 match between Ajax Cape Town and Platinum Stars at Cape Town Stadium.

46' The second half is underway
58' Ndumiso Mabena (Platinum Stars ) scores!

Welcome to the live play-by-play for the ABSA Premiership 2015/16 match between Ajax Cape Town and Platinum Stars at Cape Town Stadium.

Ajax held by Dikwena at home

Ajax Cape Town were held to a 1-1 draw by Platinum Stars in an Absa Premiership match played at the Cape Town Stadium on Wednesday night.

The draw leaves the Urban Warriors placed ninth on the Absa Premiership standings with 31 points, while Dikwena stayed third on the league log with 44 points.

The first shot at goal went to the home side two minutes into the game and it was Erwin Isaacs who fired way over the target.

In the 14th minute, Bantu Mzwakali's good cross found his Ajax teammate Tashreeq Morris who guided the ball wide with his head.

The deadlock was broken four minutes later through Ajax striker Morris with a headed effort after some excellent interplay to make it 1-0 to his side.

The visitors then pressed Ajax for the equalising goal - Siyabonga Zulu's effort was blocked by Ajax defender Abbubaker Mobara in the 27th minute.

Dikwena had a promising start to the second-half as they threatened the Urban Warriors in the final-third and their pressure paid off in the 58th minute.

Ajax full-back Mosa Lebusa played a cross into the Stars box nine minutes later which found his teammate Toriq Losper who guided the ball inches wide of the target.

Nevertheless, Stars keeper Mlambo made late saves to ensure that the match ended in a 1-1 stalemate in Cape Town.

Ajax Cape Town will look to make the most of home advantage when they host Platinum Stars for an Absa Premiership clash at Cape Town Stadium on 13 April 2016, kick-off at 19h30.

Ajax ended a three-match winless streak in the league by defeating University of Pretoria 1-0 away on March 16.

The Cape side has claimed 17 points from 11 home matches this season.

The Urban Warriors are placed ninth on the Absa Premiership log with 30 points from 23 matches.

Stars claimed a third successive league win when they beat Black Aces 1-0 at home on March 20.

The Rustenburg side has claimed 17 points from 11 away matches this season.

Dikwena are placed third on the Absa Premiership log with 43 points from 23 matches.

The Urban Warriors have 11 wins compared to eight for Dikwena, while six matches have been drawn.

Ajax have won seven of their 12 home league matches against Stars, suffering two defeats in the process.

When the teams met earlier this season, Dikwena claimed a comprehensive 3-0 home win.

The teams have not played to a draw in a league meeting since the 2008/09 season.