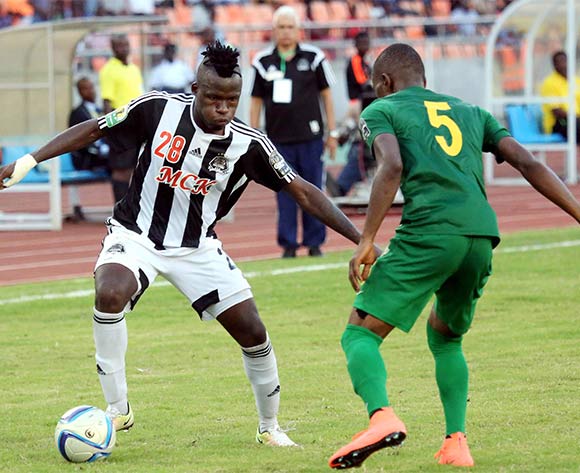 Moloudia Olympique de Bejaia went down 1-0 at the hands of TP Mazembe in their CAF Confederation Cup Group A encounter on Wednesday at Stade du TP Mazembe in Lubumbashi.

Bejaia succumbed to a second half goal from Rainford Kalaba, who made sure Les Corbeaux walked away with the full three points at home.

The loss for Nasser Sandjak's side has demoted them to the third spot with five points: they are now behind the second-placed Sporting Club Medeama of Ghana on goal difference.

The Ghanaian side has five points and five goals on the log table, having beaten Tanzania's Young Africans 3-1 on Tuesday.

Although the Hubert Velud-coached side went to the match as favourites following their 0-0 draw away two weeks ago, they failed to find the back of the net in the first half.

Both sides were deadlocked at 0-0 at the interval and it was a good result for the hosts as they wanted to remain in the driving seat.

Nevertheless, just after the hour mark, the Zambian international netted in the 62nd minute and they managed to hold on their lead to claim the full three points.

Meanwhile, The victory for the Les Corbeaux means they now have 10 points next to their name and are close to qualifying for the semifinals.

The Algerians will now want to bounce back when they meet Yanga at home on August 13 to move up up the log standings.

On the other hand, the 2015 CAF Champions League winners will now want to bag another win to consolidate their top spot when they face Medeama away on August 14.

Democratic Republic of Congo side TP Mazembe will target the full three points when they clash against Algeria's MO Bejaia on Wednesday, in a CAF Confederation Cup Group A tie.

Mazembe are high on confidence in the competition having bagged two wins and one draw, with victory to consolidate top spot.

Hubert Velud's side are favourites to win the group and reach the semifinals, but they will first have to overcome a stubborn Bejaia outfit at home.

However, at home, they will charged up to bag another win and ensure they shoot clear of the field with 10 points from four games.

Turning attention to the visiting Crabs; they will also want to win and remain behind the Congolese side as they currently sit on five points from their allotted matches.

A win for them will elevate them to eight points at number two, and will hope to see Medeama losing to the Tanzanian giants, Yanga, on Tuesday.

Despite a disappointing draw at home against Mazembe, coach Nasser Sandjak will want to see the same application from his charges as they aim to stun the five-time Caf Champions League winners.

The match will be staged at Stade du TP Mazembe in Lubumbashi on Wednesday afternoon. Kick-off is at 15h30.