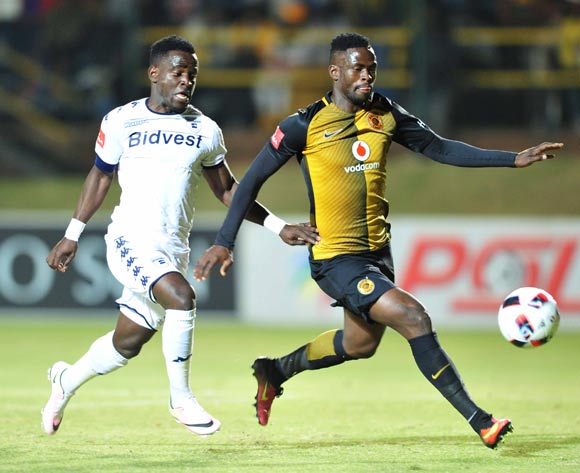 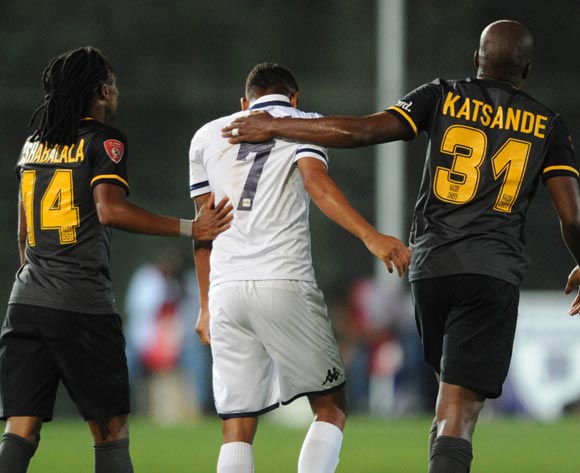 Welcome to the live play-by-play for the ABSA Premiership 2016/17 match between Bidvest Wits and Kaizer Chiefs at Bidvest Stadium.

1' The match is underway!
3' Plenty of new boys on show for Bidvest Wits this evening; Mlambo, Monare, Rodgers and Mhango all included in the starting XI by Gavin Hunt.
6' Early chance for the Clever Boys as Pelembe breaks down the left flank, but he goes for goal instead of teeing up a teammate. Easy for Khune.
7' Ramahlwe Mphahlele the only new signing included in the starting line-up by Steve Komphela. Macha and youth product Letlotlo on the bench.
11' Shout for a handball inside the area but Victor Gomes waves away their claims. Ball struck Gordinho on the arm, but not intentional...this time
13' CHANCE! Ball fired into the area by Diane Klate; Rodgers rises highest but he is unable to direct his header attempt on target.
20' Corner-kick for Kaizer Chiefs comes to nothing - the Amakhosi starting to find their rhythm, but no clear cut chances just yet.
25' Mhango enjoying a lively start to his career, but the Chiefs defence is holding up for the time being.
32' Buhle Mkhwanazi (Bidvest Wits) is cautioned.

35' Wonderful play by Mhango in the build-up to the goal; the Malawi international plays the ball out to Hlanti who whips in a precise ball for Pelembe who produces an outstanding headed finish.
37' Pelembe is on fire! The Mozambique international blazes past Lebese but Moleko is well positioned at the back post to clear from danger.
41' SAVE! Good stop by Khune to deny Rodgers from close range - Chiefs defence all over the place at the moment.
44' Another stop by Khune, this time to deny Mhango from range.
45' One minute added
45 + 2' The referee brings the first half to an end.

46' The second half is underway
50' Free-kick for Bidvest Wits fired in by Daine Klate; cleared by Kaizer Chiefs.
56' Two crucial touches by Khune in the space of a few seconds to deny Rodgers. Chiefs about to make a change...
57' Kaizer Chiefs: Emmanuel Letlotlo replaces George Lebese

60' Hour played in Braamfontein and still Bidvest Wits lead 1-0, Chiefs not showing much in attack as yet.
63' Much better by Chiefs, superb interplay between Pule, Parker and Twala but Wits rally to clear from danger.
65' Thulani Hlatshwayo (Bidvest Wits) scores!

85' Chiefs pull a goal back through Gordinho; superb header by the Amakhosi centre back from a Twala set-piece.
86' Bidvest Wits: Cuthbert Malajila replaces Eleazar Rodgers

90 + 3' Emmanuel Letlotlo with a chance to be a hero but he blazes his effort wide after Josephs denied Manqele.
90 + 5' The referee blows the whistle for Full Time.

Welcome to the live play-by-play for the ABSA Premiership 2016/17 match between Bidvest Wits and Kaizer Chiefs at Bidvest Stadium.

Bidvest Wits got their 2016-17 Absa Premiership campaign up and running with a 2-1 win over Kaizer Chiefs at Bidvest Stadium on Tuesday evening.

Goals from Elias Pelembe and Thulani Hlatshwayo leading the Clever Boys to all three points in what was an early season heavyweight clash in Braamfontein.

Lorenzo Gordinho pulled back a late goal for the visitors, but it proved of little importance as the Students held on for what was their first league home victory over the their illustrious hosts since November 2002.

Bidvest Wits dominated the opening exchanges, but Chiefs started to find their rhythm and were just in their stride when the Clever Boys struck through Pelembe in the 34th minute.

The Mozambique international with an expert diving finish from a Sifiso Hlanti cross following good work by Frank Mhango in the build-up - a wonderful passage of play rewarded with a goal.

Hlatshwayo doubled the visitors lead in the 65th minute following poor marking by the Amakhosi.

Their strength for most of the past few seasons, set-pieces have proved to be their Achilles heel of late and it again proved the case. 'Tyson' rising highest - unmarked - to nod home for the Clever Boys' second on the night.

Gordinho gave Chiefs some hope of a late fightback in the 82nd minute with a superb glancing header, but after Emmanuel Letlotlo skied a late chance, Bidvest Wits held on for a rare win on home soil over the Glamour Boys.

Bidvest Wits and Kaizer Chiefs will both look to get their 2016/17 Absa Premiership campaigns off to a winning start when they meet at Bidvest Stadium on 23 August 2016, kick-off at 19h30.

Wits ended in second place on last season’s log, with a total of 57 points from their 30 matches.

The Johannesburg side had a difficult finish to their campaign, claiming just one win from their last six league matches.

Chiefs ended in fifth place on last season’s log, with a total of 46 points from 30 matches.

The Soweto side also had a tough ending to their campaign, with just one victory in their last 10 league matches.

In head-to-head stats, Wits and Chiefs have met in 60 league matches since 1985.

The Amakhosi have 30 wins compared to 11 for the Clever Boys, while 19 matches have been drawn.

Wits have won just two of their 31 home matches against Chiefs, suffering 17 defeats in the process.

The Amakhosi completed a league ‘double’ over the Clever Boys last season, winning 2-1 at home (in Cape Town) and 1-0 in the return fixture.

Wits have not beaten Chiefs at home in a league clash since the first half of the 2002/03 season.