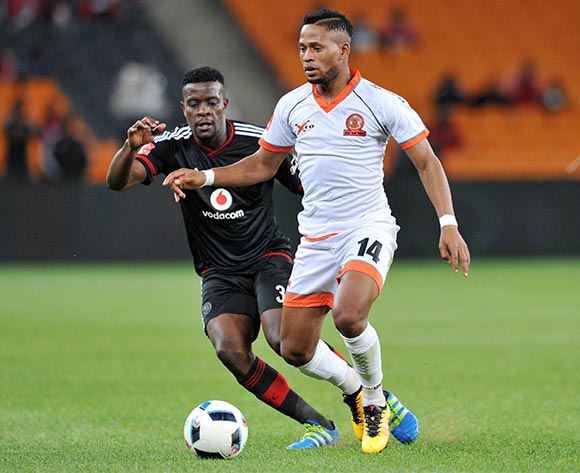 Welcome to the live play-by-play for the ABSA Premiership 2016/17 match between Cape Town City FC and Polokwane City at Cape Town Stadium.

46' The second half is underway
55' James Brown (Cape Town City FC) is cautioned.

Welcome to the live play-by-play for the ABSA Premiership 2016/17 match between Cape Town City FC and Polokwane City at Cape Town Stadium.

Bhongolwethu Jayiya and Aubrey Ngoma scored a goal apiece to see Cape Town City to a 2-0 victory over Polokwane City in their debut Absa Premiership match on Tuesday.

The newly-formed club have even leaped to the top of the log standings on goal difference, with their win at the Cape Town Stadium the only one of the night by a two-goal margin.

The first half saw little action and looked set to end goalless, but in injury time Bhongolwethu Jayiya smashed a left-footed effort into the back of the net to break the deadlock in favour of the hosts.

Rise and Shine started the second half strongly, with Puleng Tlolane again looking threatening in attack, though goalkeeper Samora Motloung was generally untroubled thanks to the efforts of his defenders.

CTC reacted to Polokwane’s strong start in the second stanza by sending on two substitutes around the hour mark, with Lebogang Manyama and Judas Moseamedi replacing James Brown and Majoro respectively.

Manyama had a quick impact on the game, providing the assist for the home side’s second goal which saw Aubrey Ngoma provide a neat finish into the bottom corner of the net on 69 minutes to put clear daylight between themselves and the visitors.

Cape Town City will make their Absa Premiership debut when they host Polokwane City at Cape Town Stadium on 23 August 2016, kick-off at 19h30.

CTC are a brand new club, formed in the offseason when businessman John Comitis bought the PSL franchise of Mpumalanga Black Aces and moved the team to the Mother City.

They have retained several players from AmaZayoni’s squad last season, but also brought in a host of new recruits as well as former Orlando Pirates coach Eric Tinkler to lead the new project.

As for Polokwane City, they finished 13th on the log last season, claiming 31 points from their 30 matches.

The Limpopo side managed just one win in their last 13 league matches of the campaign and finished just six points above the relegation zone.

Polokwane’s only win on the road throughout the campaign arrived against Maritzburg United in early November 2015.

As Cape Town City is a brand new club, there is no previous head-to-head record between themselves and Polokwane.