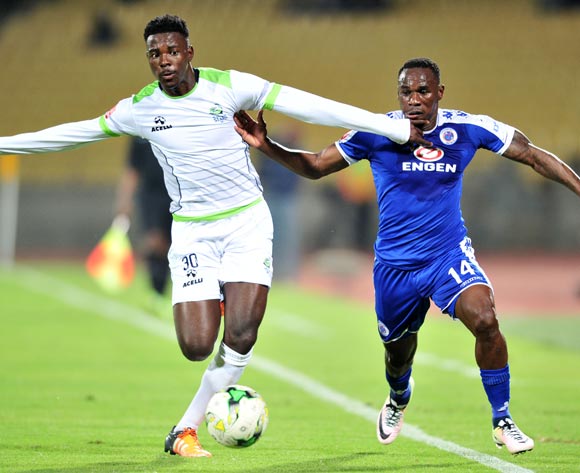 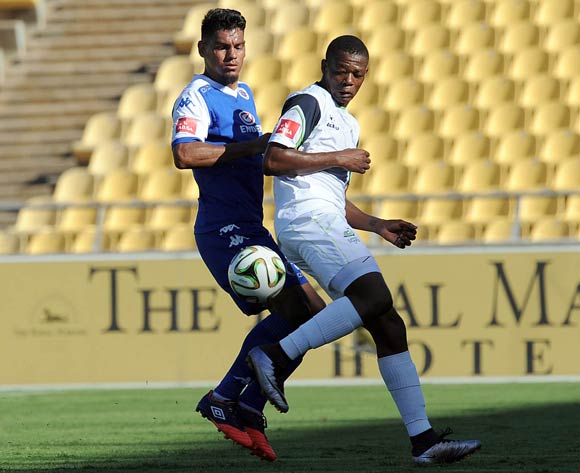 Welcome to the live play-by-play for the ABSA Premiership 2016/17 match between Platinum Stars and SuperSport Utd at Royal Bafokeng Stadium.

1' The match is underway!
44' Sphamandla Mlilo (Platinum Stars ) is cautioned.

46' The second half is underway
53' Sphamandla Mlilo (Platinum Stars ) is sent off.

Welcome to the live play-by-play for the ABSA Premiership 2016/17 match between Platinum Stars and SuperSport Utd at Royal Bafokeng Stadium.

SuperSport United were left to rue their missed chances when they lost 1-0 to 10-man Platinum Stars in the Absa Premiership at Royal Bafokeng Stadium on Wednesday night.

Robert Ng'ambi's second half header made all the difference as Dikwena claimed their first three points in the new 2016/17 season.

The match had a cagey start in the first five minutes but defender Michael Boxall failed to lower his shot when a loose ball fell in his path in the box.

Dikwena exchanged good passes but it was Ng'ambi who tried to beat goalkeeper Ronwen Williams from a distance but his curler went wide in the 13th minute.

In the 20th minute, United were awarded a set piece which was delivered by Thuso Phala down the left flank, only for Clayton Daniels to see his free header going inches wide.

Despite enjoying the ball possession, Cavin Johnson's men failed to open up Stuart Baxter's side and Ndumiso Mabena resorted to a long range shot which sailed wide with four minutes to the end of the opening half.

After their return from the break, the Tshwane side came back and put pressure on their hosts but Michael Morton once again couldn't hit the target.

In the 51st minute, skipper Dean Furman unleashed a well struck shot from the 18-yard area but keeper Mbongeni Mzimela produced a fine save to deny him.

Three minutes later, Stars were dealt a huge blow when defender Sphamandla Mlilo was sent off for a second bookable offence after handling Grobler on the right flank.

However, in the 62nd minute captain Vuyo Mere's stunning free kick picked out Robert Ng'ambi in the box, with his fine header breaking the deadlock by beating Williams, 1-0 to Stars.

Baxter introduced Thabo Mnyamane for Thuso Phala and the former University of Pretoria man nearly made an immediate impact in the 71st minute when his header went inches wide of Mzimela's far post.

With eight minutes remaining on the clock, Grobler received a wonderful pass from the left wing but his shot went straight to the well positioned Mzimela.

In what was their final chance to get a point in injury time, debutant Reneilwe Letsholonyane blasted his shot over the woodwork, allowing the hosts to claim the full three points.

Platinum Stars and SuperSport United will renew their rivalry at the start of the 2016/17 Absa Premiership season when they meet on 24 August 2016, kick-off at 19h30.

Stars finished in third place on the log last season, claiming 47 points from their 30 matches (including a one-point deduction).

The Rustenburg side had a difficult end to the campaign which saw them claim just one win from their final seven matches.

SuperSport finished in eighth position on the log last season, claiming 40 points from their 30 matches.

The Tshwane side finished the season with a strong run of four unbeaten matches, though three of them were draws.

In head-to-head stats, SuperSport and Stars have met in 26 league matches since 2003/04.

Matsatsantsa have 12 wins compared to seven for Dikwena, while seven matches have been drawn.

Stars have won just two of their 13 home league matches against United, suffering eight defeats in the process.

The teams’ two league matches last season saw Dikwena claim a 3-1 away win in the first half of the campaign, before United claimed revenge with a 2-0 triumph in Rustenburg.

In these teams’ last five league meetings, the hosting side has emerged victorious just once.