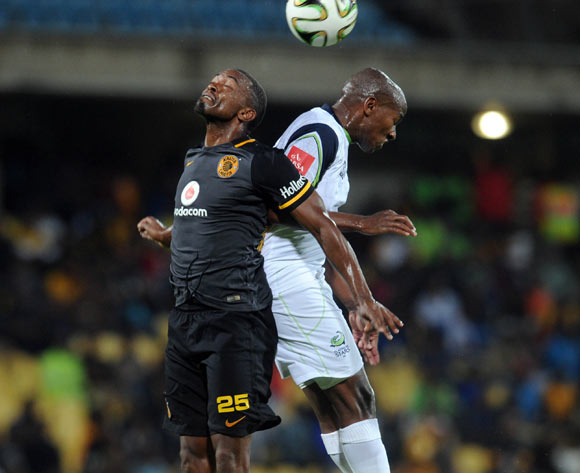 Welcome to the live play-by-play for the ABSA Premiership 2016/17 match between Kaizer Chiefs and Platinum Stars at FNB Stadium.

Amakhosi host Dikwena hoping to bag their first 2016/17 Absa Premiership victory at home. Steve Komphela's men have lost twice this season, to Bidvest Wits in the league and to Cape Town City in the MTN8 Cup respectively. Looking at the visiting side,
1' The match is underway!
5' Chiefs the better of the two sides. They are pushing numbers forward but are yet to create a clear cut chance.
10' Mabena produces a fine save from Khune from a half volley. Chiefs defence caught napping. 0-0.
15' Khune caught out of his line and is saved by Mathoho who clears the shot on the goal line.
20' Chirambadare tries a grass cutter after a sweet pass from Twala, but it goes inches wide.
21' Robert Ngambi (Platinum Stars ) scores!

21' Ng'ambi scores a cracker of a goal to beat Khune on his top corner. Chiefs 0-1 Stars
22' The ball doesn't look to have crossed the line, but the referee allows it to stand.
25' Amakhosi still chasing an equaliser at the FNB Stadium. They get a corner kick.
30' Ekstein involved in Chiefs attack and is good in keeping everyone in the game with his passes. Dikwena remain stable at the back.
35' Chiefs get a corner and Stars clear for another one. It is cleared once again by Mere. Stars 1-0 Chiefs
40' Foul on Chirambadare on the right wing. Free kick for the hosts and Twala delivers, Mathoho's header goes straight to Mzimela.
45 + 1' Mzimela denied Amakhosi the equaliser when he saved Edmore Chrambadare's attempt on the right with his teammates calling for the ball in the box. Botes score but it's ruled offside.
45 + 1' It's half time at the Calabash with Stars leading 1-0 against Chiefs.

50' Chiefs looking better but still unable to break Dikwena's wall at the back. Stars 1-0 Chiefs
55' Stars trying to catch Chiefs on a counter. Khune not convincing and Gordinho clears the danger. Stars exploiting the left, Masilela's area.
58' Solomon Mathe (Platinum Stars ) is cautioned.

58' Mathe booked for a foul on Lebese.
59' Two Chiefs players, Gordinho and Katsande, fail to score from a corner on the near posts. Lack of communication for the hosts.
61' Platinum Stars : Thamsanqa Bonie Gwabeni replaces Robert Ngambi

72' Ekstein scores.1-1. Dikwena failed to clear the ball in the box, Mathoho delivered a cross from the right and the midfielder finished.
78' Khune saves a shot from the midfield. the macth is now open with both sides chasing a winner.
79' Platinum Stars : Tintswalo Tshabalala replaces Luvolwethu Mpeta

Welcome to the live play-by-play for the ABSA Premiership 2016/17 match between Kaizer Chiefs and Platinum Stars at FNB Stadium.

Despite netting an early goal through Robert Ng'ambi, Platinum Stars allowed Kaizer Chiefs to come back and settle for a 1-1 draw in their Absa Premiership tie at the FNB Stadium on Wednesday night.

The draw leaves Steve Komphela's men sitting at position 12 on the log table with one point from two matches.

Although Amakhosi were favourites to win this one at home, they were nearly punished when Sibusiso Msomi's shot went wide in the opening five minutes with only Itumeleng Khune to beat.

However, it was Ndumiso Mabena who nearly punished the Bafana Bafana goalkeeper towards the 15th minute as Khune was caught out of his line and Erick Mathoho cleared the danger.

In the 21st minute, Robert Ng'ambi broke the deadlock when he received a wonderful pass from Mabena on the right flank.

The Malawian unleashed a rocket to beat Khune on his top corner, but the ball didn't cross the line after bouncing off the cross bar despite the referee allowing it to stand, giving Dikwena the lead.

With three minutes to go, Mbongeni Mzimela denied Amakhosi the equaliser when he saved Edmore Chirambadare's attempt on the right with his teammates calling for the ball in the box.

In the second stanza, both sides changed the gears showing urgency moving forward, despite no clear cut chances created to show for it.

With 18 minutes to go, Hendrick Ekstein levelled the matters when he finished a cross from Mathoho on the right flank, with the midfielder finishing from close range.

In the dying minutes, Dikwena sat back allowing Chiefs to attack, but Amakhosi failed to score a winner.

Cavin Johnson's outfit now have four points from their two matches so far and occupy the fourth place on the log table.

Kaizer Chiefs look to bounce back in second league clash

Kaizer Chiefs will target their first win of the new Absa Premiership season when they host Platinum Stars at FNB Stadium in 14 September 2016, kick-off at 19h30.

Chiefs opened their league campaign with a 2-1 loss away to Bidvest Wits on August 23.

The Amakhosi are placed 12th on the Absa Premiership log with zero points from one match.

Stars got their league campaign off to a winning start by beating SuperSport United 1-0 at home on August 24.

Dikwena are placed sixth on the Absa Premiership log with three points from one match.

The Amakhosi have 10 wins compared to six for Dikwena, while 10 matches have been drawn.

Chiefs have won four of their 13 home matches against Stars, suffering three defeats in the process.

Last season Dikwena claimed a league ‘double’ over the Amakhosi, winning 2-1 away and 2-0 at home.

No team has managed to score more than two goals in a match between this pair in the past five successive seasons.