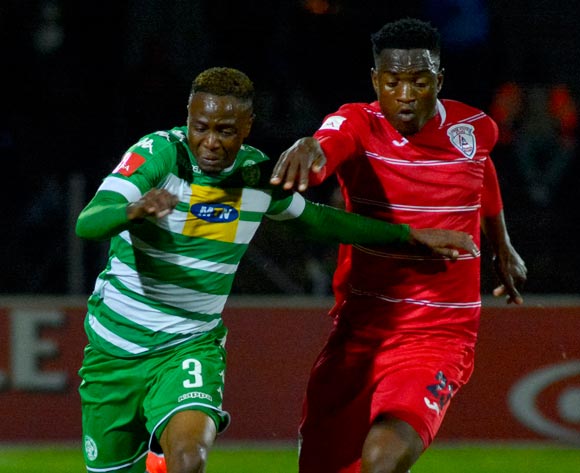 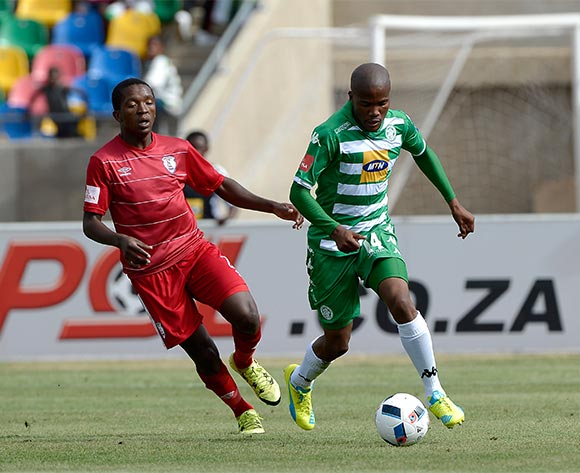 Welcome to the live play-by-play for the ABSA Premiership 2016/17 match between Free State Stars and Bloemfontein Celtic at Goble Park.

1' The match is underway!
26' Sibusiso Mxoyana (Bloemfontein Celtic) is cautioned.

Welcome to the live play-by-play for the ABSA Premiership 2016/17 match between Free State Stars and Bloemfontein Celtic at Goble Park.

Free State Stars put in a strong defensive showing to hold regional rivals Bloemfontein Celtic to a goalless draw in their Absa Premiership match at Goble Park in Bethlehem on Wednesday evening.

The result sees both teams pick up their first point of the season after suffering losses in their respective opening league matches last month.

Celtic settled in the game quicker than their hosts and proceeded to create the better chances in the first half, though Stars goalkeeper Thela Ngobeni put in an impressive display to ensure the teams went into the interval locked at 0-0.

The former Mamelodi Sundowns man pulled one particularly fine save to keep out a goal-bound header from Alfred Ndengane in the 23rd minute, while Stars were also lucky not to concede a penalty just before the break when Moketsi Sekola seemed to get away with handling the ball in his own 18-yard area.

Celtic had a great chance to open the scoring nine minutes into the second half, but Musa Nyatama’s fearsome volley was brilliantly blocked by David Booysen – but at cost, as the defender had to be stretchered off and substituted soon afterwards.

Yet that was as good as it got for Phunya Sele Sele, whose lack of precision and imagination in the final third saw them forced to settle for a draw in a match they otherwise dominated.

Free State Stars and Bloemfontein Celtic will meet for an Absa Premiership derby at Goble Park on 14 September 2016, kick-off at 19h30.

Stars opened their league campaign with a 2-1 loss away to Chippa United on August 23.

Ea Lla Koto are placed 11th on the Absa Premiership log with zero points from one match.

Celtic’s first league clash of the season them lose 1-0 at home to Maritzburg United on August 24.

Phunya Sele Sele are placed 13th on the Absa Premiership log with zero points from one match.

In head-to-head stats, Stars and Celtic have met in 50 league matches since 1986.

Ea Lla Koto have 18 wins compared to 13 for Phunya Sele Sele, while 19 matches have been drawn.

Stars have won 12 of their 25 home matches against Celtic, suffering five defeats in the process.

Stars have won the last four successive league matches between the teams, all by a margin of one goal.