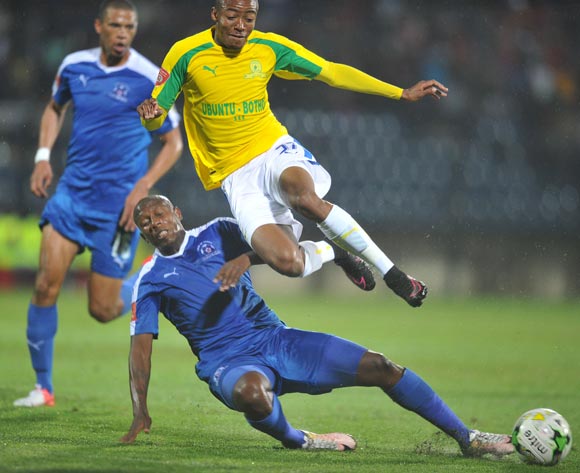 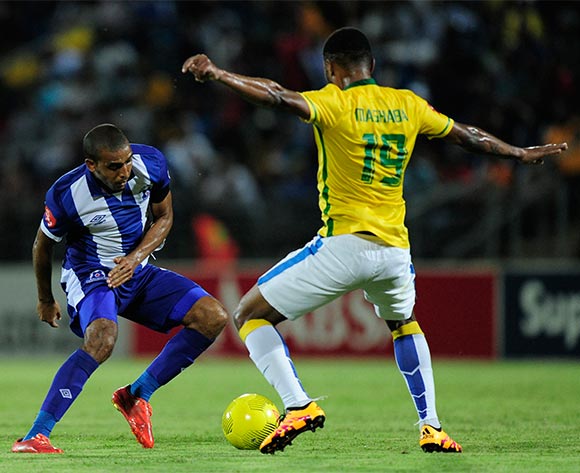 Welcome to the live play-by-play for the ABSA Premiership 2016/17 match between Maritzburg Utd. and Mamelodi Sundowns at Harry Gwala Stadium.

Welcome to the live play-by-play for the ABSA Premiership 2016/17 match between Maritzburg Utd. and Mamelodi Sundowns at Harry Gwala Stadium.

Maritzburg United were superb defensively as they held Mamelodi Sundowns to a 0-0 draw in their Absa Premiership match at the Harry Gwala Stadium on Wednesday night.

The point is Maritzburg’s fourth of the season after picking up a win in their opening league match and sees them in fifth place on the table.

The point for Sundowns is their first of the season in their first game and sees them at ninth spot on the log.

The Brazilians dominated the possession stakes and the shots on goal, but they were continuously frustrated by goalkeeper Virgil Vries and a well-organised home defence.

It was a lively start to the game for the Brazilians with Thapelo Morena breaking into the box as early as the second minute, but he saw his stinging effort well-saved by the keeper.

Sundowns kept pushing forward and probably should have scored in the 18th minute when Themba Zwane found himself in acres of space at the back post, but again he was thwarted by the United keeper.

The home side offered very little in attack and their only threat on goal was a penalty appeal on the half hour mark after Philani Zulu went down inside the box, but the referee waved play-on.

In the 49th minute, Sibusiso Vilakazi came bitterly close to scoring when he broke through on goal and chipped the onrushing keeper, but his effort sailed just over the target.

Six minutes later Kurt Leintjies almost scored against the run of play, but the Maritzburg player saw his shot from the edge of the box go inches over the crossbar.

Vries was at his best yet again in the 70th minute, this time the United keeper denying Vilakazi from close range.

Sundowns continued to push forward for the remainder of the match, but the home side’s defence held firm.

Mamelodi Sundowns will begin the defence of their Absa Premiership title with a clash away to Maritzburg United at Harry Gwala Stadium on 14 September 2016, kick-off at 19h30.

Maritzburg opened their league campaign with a 1-0 away win over Bloemfontein Celtic on August 24.

The Team of Choice is placed fifth on the Absa Premiership log with three points from one match.

Sundowns claimed the PSL title in record-setting style last term, claiming 71 points from their 30 matches to end first on the log.

The Tshwane side recorded 10 wins, three draws and just two defeats from their 15 away matches last season.

The Brazilians missed the opening round of matches last month as they were busy participating in the CAF Champions League.

In head-to-head stats, Maritzburg and Sundowns have met in 20 league matches since 2005/06.

The Brazilians have 14 wins compared to three for the Team of Choice, while three matches have been drawn.

Maritzburg have won two of their 10 home matches against Sundowns, suffering seven defeats in the process.

Last season the Brazilians claimed a league ‘double’ over the Team of Choice, winning 3-0 in Tshwane and 3-2 in Pietermaritzburg.

The teams have never played to a goalless draw in their 20 meetings.