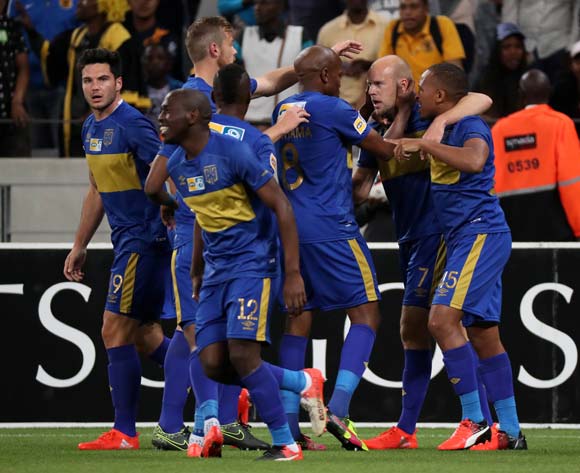 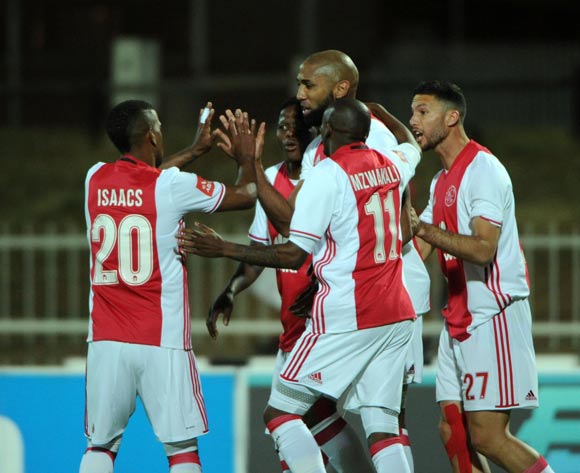 Welcome to the live play-by-play for the ABSA Premiership 2016/17 match between Cape Town City FC and Ajax Cape Town at Cape Town Stadium.

Welcome to the live play-by-play for the ABSA Premiership 2016/17 match between Cape Town City FC and Ajax Cape Town at Cape Town Stadium.

Ajax still without a win after losing Cape derby

Ajax Cape Town are still winless in the 2016/17 Absa Premiership season after going down 1-0 to Cape Town City at Cape Town Stadium on Friday night.

City won the first Cape derby between the two sides thanks to a goal from Bhongolwethu Jayiya.

The start of the first half saw both teams pushing forward in attack, but their decision making in the final third was poor.

The first real opening came in the 21st minute when Jayiya tapped home from close range to give City a 1-0 lead.

Ajax went into the break trailing by a goal.

The visiting side came out firing in the second half and almost equalised in the 55th minute when a Bantu Mzwakali cross was headed just wide by Mosa Lebusa.

In the 64th minute Aubrey Ngoma was inches away from doubling City’s lead when he met a cross with a strong header, but it came off the post.

Ajax threw numbers forward as the game drew to a close and equalised in the 80th minute when a good cross into the box was met by Nathan Paulse, but his effort skimmed the wrong side of the post.

Ajax could not find an equaliser as they suffered their second loss of the season and remain without a win. They are on two points from four games.

City, on the other hand, picked up their second win from four games and have seven points.

Cape Town City and Ajax Cape Town will meet for an Absa Premiership derby at Cape Town Stadium on 23 September 2016, kick-off at 20h00.

Cape Town City come into the match having recorded a goalless draw at Orlando Pirates on September 20.

The Citizens’ only home league match this season was a 2-0 win over Polokwane City last month.

CTC are placed seventh on the Absa Premiership log with four points from three matches.

Ajax also drew in their last league outing, being held 1-1 at home by Polokwane on September 20.

The Cape side’s only away league match this season was a 1-1 draw at Baroka FC last month.

The Urban Warriors are placed 11th on the Absa Premiership log with two points from three matches.

As Cape Town City are a brand new team, there is no previous head-to-head record between themselves and Ajax.