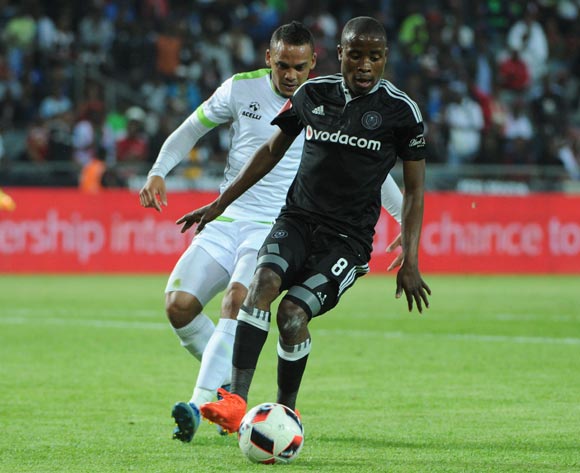 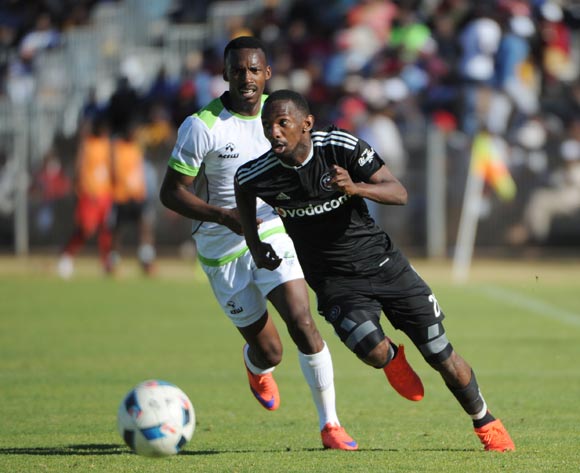 Welcome to the live play-by-play for the ABSA Premiership 2016/17 match between Orlando Pirates and Platinum Stars at Orlando Stadium.

1' The match is underway!
5' Five minutes gone, both teams still trying to find their feet in the game.
13' First threat of a goal, with Ng'ambi latching onto a poor clearance and striking just wide of the mark.
16' Stars definitely the better team so far, Pirates just haven't been able to settle into any kind of rhythm.
22' Pirates' first real effort on goal sees Manyisa firing a shot wide from just outside the box.
29' Good work from Mzimela to claim a corner kick... Stars on the counter and Ng'ambi tries a long-ranger which he slices wide of the mark.

32' Much better from Pirates, with Mlilo forced into a desperate header to cut out a cross destined for Ndoro.
36' Just under 10 minutes left in the first half. Can either of these sides find a goal before the interval?
43' Makola pushing forward into a dangerous area, but Mere has him covered and ensures Stars remain on level terms.
45 + 2' The referee brings the first half to an end.

46' The second half is underway
47' Botes gets up highest to win a header and the ball flashes just wide of Mhlongo's left-hand upright.
55' Orlando Pirates: Thabiso Kutumela replaces Bernard Morrison

59' Kutumela helps to set up Makola for a snap shot from the edge of the box and Mzimela is forced into a good save.
60' Chance for Kutumela, another fine save from Mzimela... but the sub should have put that chance away for the hosts.
66' Orlando Pirates: Mahlatsi Makudubela replaces Thembela Sikhakhane

70' Mabena with a superbly-hit long-range shot which crashes back off the post... so close for Dikwena.
72' Platinum Stars : Sibusiso Msomi replaces Ryan De Jong

75' Fifteen minutes of regulation time remaining, this game looks to be headed for a stalemate.
76' Sphamandla Mlilo (Platinum Stars ) is cautioned.

Welcome to the live play-by-play for the ABSA Premiership 2016/17 match between Orlando Pirates and Platinum Stars at Orlando Stadium.

Orlando Pirates were forced to settle for a 1-1 draw in their Absa Premiership clash against Platinum Stars at Orlando Stadium on Tuesday.

Thabiso Kutumela’s first goal for the Buccaneers looked set to secure three points – and a return to the summit of the league standings – but Thobani Kunene equalised to earn Dikwena a share of the spoils.

Stars were the first to threaten a goal, with attacking midfielder Robert Ng’ambi latching onto a poor clearance from Issa Sarr and striking a shot from the ‘D’ of the box that flew just wide of the target in the 13th minute. It was the first of numerous efforts from Dikwena, but too few of them troubled Bucs goalkeeper Brighton Mhlongo.

Just before the hour mark the Buccaneers had their first shot on target, with Mpho Makola having an effort from the edge of the box which was palmed away by Mzimela, and a short while later the Stars ‘keeper produced another fine save to deny substitute Thabiso Kutumela.

The Rustenburg side were inches away from claiming the lead in the 70th minute when Mabena fired a shot from 25 metres which had the beating of Benson Mhlongo but rebounded back into play after rattling the woodwork.

Seven minutes later the visitors were made to pay for their missed chances, with Kutumela netting his first goal in Pirates colours to break the deadlock. The substitute earned a free kick on the edge of the box and proceeded to score directly from the set piece, stroking a low shot into the bottom corner.

If Pirates thought they were going to hold out for another victory, they were sorely mistaken: in the opening seconds of injury time, Dikwena forced an equaliser when substitute Thobani Kunene got on the end of a corner kick and scored with a perfectly placed header which went into the net via the underside of the crossbar.

Orlando Pirates will look to return to winning form in the Absa Premiership when they host Platinum Stars at Orlando Stadium on 27 September 2016, kick-off at 19h30.

Pirates saw their winning streak cut short when they were held to a goalless draw at home by Cape Town City on September 20.

The Soweto giants’ only other home league clash this season was a 3-1 triumph over Golden Arrows last month.

The Buccaneers are placed second on the Absa Premiership log with seven points from three matches.

Stars suffered their first defeat of the season when were beaten 1-0 at home by Baroka FC on September 24.

The Rustenburg side’s only previous away league match this season was a 1-1 draw at Kaizer Chiefs earlier this month.

Dikwena are placed ninth on the Absa Premiership log with four points from three matches.

The Buccaneers have 14 wins compared to two for Dikwena, while 10 matches have been drawn.

Pirates have won six of their 13 home league matches against Stars, suffering just one defeat in the process.

Last season Dikwena took four points off the Buccaneers, drawing 1-1 in Soweto before claiming a 2-1 win in the return game in Rustenburg.

The teams have not played out a goalless draw in any of their last 11 league meetings.