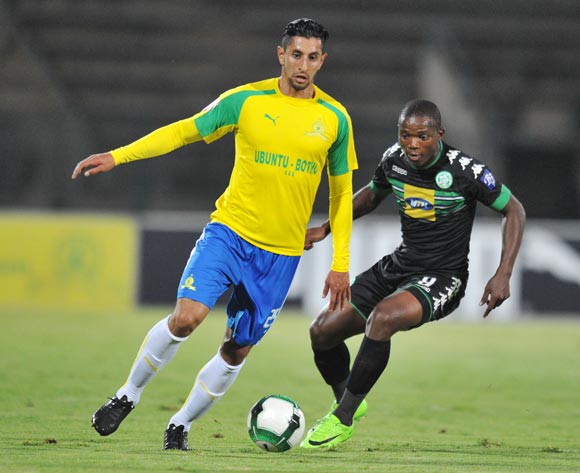 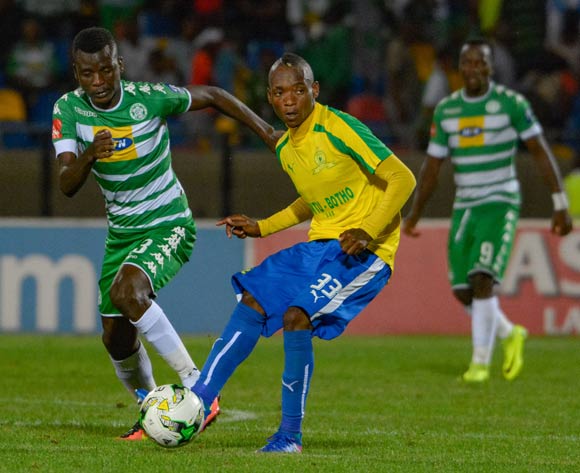 Welcome to the live play-by-play for the ABSA Premiership 2016/17 match between Mamelodi Sundowns and Bloemfontein Celtic at Lucas Moripe Stadium.

1' The match is underway!
43' Lantshene Phalane (Bloemfontein Celtic) is cautioned.

Welcome to the live play-by-play for the ABSA Premiership 2016/17 match between Mamelodi Sundowns and Bloemfontein Celtic at Lucas Moripe Stadium.

Sundowns held at home by Celtic

Mamelodi Sundowns have gone five matches without a win in the Absa Premiership after being held to a goalless draw by Bloemfontein Celtic on Wednesday.

The defending PSL champions did all they could to end their drought in the match at Lucas Moripe Stadium, but Phunya Sele Sele put in a great defensive display to claim a share of the spoils.

Celtic threatened a goal on the half hour mark, with Lyle Lakay setting up Lantshene Phalane to strike on target, but the midfielder was denied by a fine save from Kennedy Mweene, who quickly recovered to keep out a follow-up effort from Kabelo Mahlasela.

Seven minutes later Sundowns had their best chance of the half when Khama Billiat slid in a teasing low ball for Leonardo Castro, who just managed to direct an effort on target, but Patrick Tignyemb had come quickly off his line to make a brave block.

Themba Zwane then had a shot from the loose ball which was steered out for a corner kick from his own goal line by Alfred Ndengane. However, television replays suggested the ball was probably heading wide anyway.

The Brazilians suffered an injury blow on the stroke of half time when Tiyani Mabunda had his ankle turned by a Phalane tackle, with Teko Modise coming off the bench to replace the midfielder.

‘Downs looked the stronger team in the second half and nearly claimed the lead in the 64th minute when a goal-mouth scramble ended with Ricardo Nascimento directing a shot on target, only for Ndengane to save the ball on the line by kneeing it up into the underside of the crossbar.

Replays showed the defender prevented the ball from crossing the line, despite appeals from the home side to the contrary.

A few minutes later Sundowns had two near misses from headed attempts - Billiat hit the crossbar with his looping effort, while Hlompho Kekana went narrowly wide of the target with Tignyemb completely beaten.

As the clock wound down, Sundowns continued to push for a goal and in the 88th minute they were almost rewarded when Modise sent a great shot toward the top corner direct from a free kick, but Tignyemb produced another good save.

‘Downs remain in fifth place on the log table with 35 points from 19 matches after a fifth successive winless outing in the league. Celtic move up one place to 11th on 23 points from 22 matches.

Mamelodi Sundowns will look to return to winning form in the Absa Premiership when they host Bloemfontein Celtic at Lucas Moripe Stadium on 5 April 2017, kick-off at 19h30.

Sundowns have gone four matches without a win after losing 2-1 at Kaizer Chiefs on April 1.

The Tshwane side has claimed 20 points from nine home matches this season.

The Brazilians are placed fifth on the Absa Premiership log with 34 points from 18 matches.

Celtic claimed their first away league win of 2017 when they defeated Polokwane City 1-0 on April 2.

The Bloemfontein side has claimed 13 points from 10 away matches this season.

Phunya Sele Sele are placed 12th on the Absa Premiership log with 22 points from 21 matches.

In head-to-head stats, Celtic and Sundowns have met in 57 league matches since 1985.

The Brazilians have 29 wins compared to 13 for Phunya Sele Sele, while 15 matches have been drawn.

Sundowns have won 15 of their 28 home matches against Celtic, suffering six defeats in the process.

When the teams met earlier this season, the Brazilians claimed a 1-0 away win in Bloemfontein.

Celtic have won their last two away league matches against Sundowns by a combined score of 8-1.