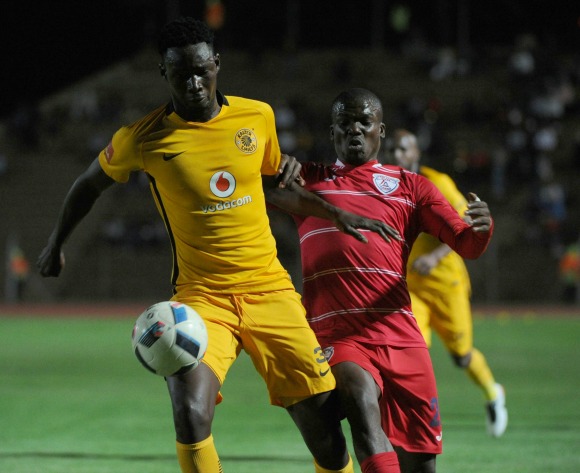 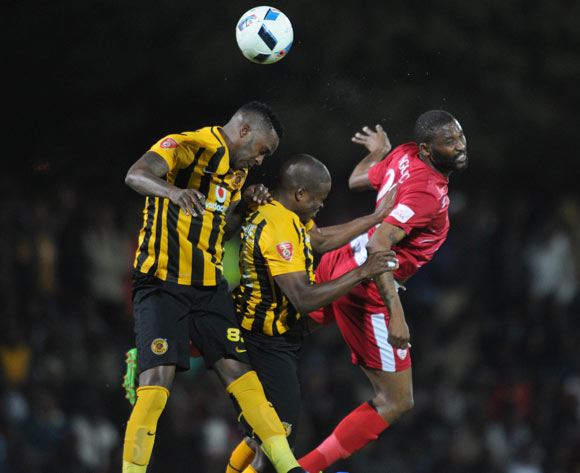 Welcome to the live play-by-play for the ABSA Premiership 2016/17 match between Free State Stars and Kaizer Chiefs at James Motlatsi Stadium.

Good evening and welcome to the live play by play of the Absa Premiership clash between Free State Stars and Kaizer Chiefs.
Steve Komphela goes up against his former employers for the first time this season. Khune makes his 250th start for the Amakhosi this evening.
1' The match is underway!
2' CHANCE! Early work for Khune; Ekstein loses the ball close to his goal and Sekotlong has a clear shot at goal, but the Chiefs stopper is well positioned.
7' Penalty! Okumu fouls Khumalo inside the area and the referee points to the spot. Clear penalty.
10' Willard Katsande (Kaizer Chiefs) scores!

11' Willard Katsande makes no mistake from 12 yards! Just what Chiefs were looking for.
17' Mad scramble in area, but Chiefs survive as Mphahlele clears from danger. Poor defending by the Amakhosi.
20' Long throw-in from the right flank flicked on by Sekola - his effort flies just over the crossbar.
24' Maluleka tries to launch his inner Beckham, but his effort from way out is well wide. At the other end of the park Thlone see's his effort from an acute angle rattle the side-netting.
31' Ramahlwe Mphahlele (Kaizer Chiefs) is cautioned.

32' CHANCE! Venter sends his free-kick attempt inches over the crossbar.
35' Ea Lla Koto have bossed possession for the last 10 minutes; Komphela urging his players t play higher up the park.
39' CHANCE! Dlamini directs his stinging effort straight at Khune who again is well positioned.
45' CHANCE! Mathoho's glancing header flashes inches wide as Chiefs finish the half of the front foot.
45' Two minutes added.
45 + 3' CHANCE! Gordinho flashes his header attempt inches over the crossbar with the final play of the game.
45 + 3' The referee brings the first half to an end.

46' The second half is underway
48' Sekotlong lets fly from an acute angle - Khune watches it canon into the side-netting, poor decision making by the forward.
52' Corner-kick for Chiefs floated in; ball falls to Maluleka who heads harmlessly wide.
57' Nhlanhla Vilakazi (Free State Stars) is cautioned.

65' Chiefs double their lead through Katsvairo who hammers home from a tight angle after being put through on goal by Lebese.
68' Free State Stars: Armand Ella replaces Hamis Kiiza

76' Chiefs go in search of a third as Twala fires in a cross from the right-flank; his cross, though, is too powerful for Ekstein who is unable to control.
81' Kaizer Chiefs: Edward Manqele replaces Mitchell Katsvairo

Welcome to the live play-by-play for the ABSA Premiership 2016/17 match between Free State Stars and Kaizer Chiefs at James Motlatsi Stadium.

Goals from Willard Katsande and Michelle Katsvairo guided Kaizer Chiefs to a 2-0 Absa Premiership win over Free State Stars at the James Motlatsi Stadium on Wednesday.

Victory leading the Amakhosi to the top of the standings, while Ea Lla Koto remain winless after five fixtures.

Chasing a hat-trick of wins, the Glamour Boys got off the perfect start with Katsande converting from 12 yards following a foul inside the area.

Joseph Okumu with a clumsy challenge on Sibusiso Khumalo which resulted in the spot-kick, which the Zimbabwe international duly tucked away with 10 minutes on the clock.

Ea Lla Koto, though, were not to be intimated by their visitors and bossed large portions of the opening stanza with Itumeleng Khune - in his 250th start for Chiefs - on his toes to keep out a stinging effort from Goodman Dlamini on 39 minutes.

Chiefs kicked things up a notch in the final few exchanges of the stanza, with first Mulomowandau Mathoho and then Lorenzo Gordinho sending their respective header attempts inches wide of the woodwork.

The visitors were causing their hosts all sorts of problems from set-pieces and went close once more from a free-kick in the 58th minute; 'Tower' again sending his attempt wide of goal.

Steve Komphela's troops doubled their lead six minutes later. Katsvairo with his first goal in a Kaizer Chiefs shirt - guiding a low shot past Thela Ngobeni after being played through on goal by George Lebese.

Despite chances on either side of the pitch in the dying exchanges of the game, the match would end 2-0 in favour of Steve Komphela's troops.

Kaizer Chiefs will target a hat-trick of Absa Premiership wins when they take on Free State Stars at James Motlatsi Stadium on 28 September 2016, kick-off at 19h30.

Stars have yet to win a match this season, with their latest outing a 0-0 draw at SuperSport United on September 24.

The Free State side has claimed one point from two home matches so far this season.

Chiefs claimed a second successive win when they defeated Maritzburg United 2-0 on September 24.

The Soweto side has claimed three points from two away matches so far this season.

The Amakhosi are placed fourth on the Absa Premiership log with seven points from four matches.

In head-to-head stats, Chiefs and Stars have met in 33 league matches since 1996.

The Amakhosi have 21 wins compared to three for Ea Lla Koto, while nine matches have been drawn.

Stars have won just two of their 16 home league matches against Chiefs suffering nine defeats in the process.

Last season the Amakhosi claimed a massive 4-0 win in Soweto, but the return game in Free State saw the teams draw 2-2.