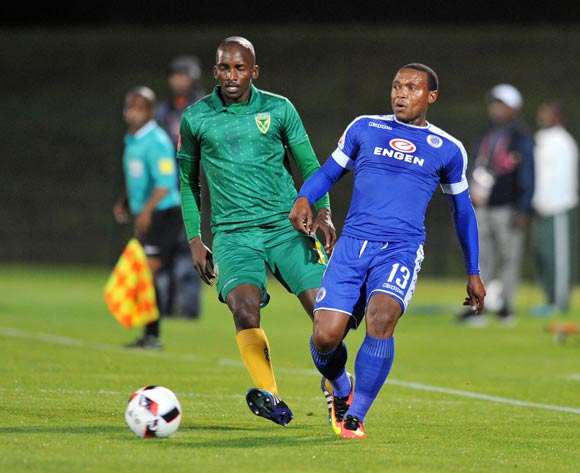 Welcome to the live play-by-play for the ABSA Premiership 2016/17 match between Golden Arrows and SuperSport Utd at Princess Magogo.

Welcome to the live play-by-play for the ABSA Premiership 2016/17 match between Golden Arrows and SuperSport Utd at Princess Magogo.

A ten-man SuperSport United side held Golden Arrows to a 1-1 draw in an Absa Premiership match played at the Princess Magogo Stadium on Wednesday night.

It was the worst possible start for the home side who went a goal down in the 13th minute after Kingston Nkhatha latched onto a through ball from Thuso Phala and duly rounded the keeper to slot home for SuperSport, 1-0.

Despite going behind Arrows pushed forward in search of an equaliser and were rewarded in the 30th minute when Musa Bilankulu slotted home from close range following a well-worked free-kick on the edge of the box, 1-1.

Phala almost restored the lead for SuperSport in the 39th minute, but his in-swinging free-kick was superbly saved by Maximilian Mbaeva.

Arrows controlled the last five minutes of the half, but could not find another goal as the half ended 1-1.

Neither side took the ascendancy at the start of the second half – that was until SuperSport saw Onismor Bhasera sent for an early shower in the 66th minute following a second yellow card.

With a one man advantage Arrows threw numbers forward as they searched for a second goal.

The home side were awarded the perfect chance to take the lead in the 77th minute when Wayde Jooste was brought down inside the SuperSport box by Denwin Farmer and the referee pointed to the penalty spot.

Jooste, though, failed to convert the penalty after his effort was superbly saved by the diving Ronwen Williams.

Arrows continued to push forward in the dying minutes of the match, but SuperSport held on for a share of the spoils as the game ended 1-1.