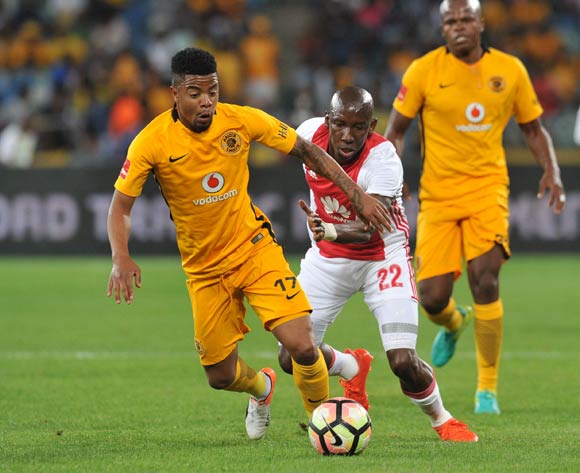 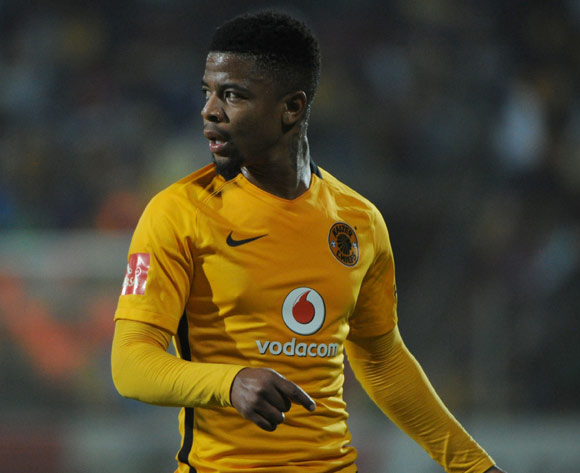 Welcome to the live play-by-play for the ABSA Premiership 2016/17 match between Kaizer Chiefs and Ajax Cape Town at Moses Mabhida Stadium.

1' The match is underway!
2' Chiefs wear their traditional gold and black, while Ajax are in white and red.
3' Paulse almost capitalises on a slip by Cardoso, but in the end his shot skips wide of goal.
8' Willard Katsande (Kaizer Chiefs) is cautioned.

9' Katsande with a late tackle on Mayambela to be the first player into the referee's book.
13' Chiefs almost create a scoring chance with a clever free kick routine, but Petersen beats Lebese to the ball.
16' Past the quarter hour mark, still goalless between Chiefs and Ajax at Moses Mabhida.
22' Twala looking to work his magic down the right flank, but he's quickly closed down by Coetzee.
24' Ekstein looks to shoot from long range, but his effort is way off target. Chiefs yet to really 'click' in attack.
27' Chiefs enjoying the majority of possession, but they are yet to create any clear chances.
33' Petersen beats Gordinho in the air to prevent the Chiefs man having a free header on goal.
37' Mark Mayambela (Ajax Cape Town) is cautioned.

38' Mayambela with a rough challenge on Maluleka and he's the second man into the book.
39' Great chance for Chiefs, Twala provides a lovely cross but Katsande can't direct his header on target!
43' The rain is pouting down in Durban now, the players will be relieved to get out of it when it's half time in a few minutes.
45' Mayambela tries a long range effort, but it's way off target, no worry for Khune.
45 + 2' The referee brings the first half to an end.

46' The second half is underway
47' Chipeta gives the ball away to Ekstein, who takes too long to shot and is quickly closed down by the defender.
48' Lorenzo Joao Gordinho (Kaizer Chiefs) scores!

49' Chiefs work a short corner kick, Maluleka crosses and Gordinho arrives at the back post to easily head home this third goal of the season!
51' Mabaso with a decent chance as he cuts inside from the right and shoots with his left, but the effort is no trouble for Khune.
53' Abel Mabaso (Ajax Cape Town) is cautioned.

59' Wonderful chance for Chiefs on the counter, Maluleka crosses, Twala shoots but his goal-bound effort hits Macha and deflects wide!
62' Past the hour mark, Chiefs are really bossing this game, but while it remains only 1-0 Ajax still have a chance...
64' Kaizer Chiefs: Siphiwe Tshabalala replaces Hendrick Ekstein

67' Tshabalala with a shot, it deflects off a defender, hits the woodwork and Macha misses from the rebound!
67' Ajax Cape Town: Tasriq Morris replaces Mark Mayambela

73' Morris with a snap-shot from just outside the box... wide of goal, but a good warning for Chiefs that their lead is still vulnerable.
74' Kaizer Chiefs: Bernard Parker replaces William Thwala

78' Ajax still with hope of getting back into this one, but they need to get their attacking play going again.
82' Tshabalala thinks he's in on goal, but the offside flag pulls him up short.
84' Ajax Cape Town: Prince Nxumalo replaces Nathan Paulse

86' Cardoso cuts out a cross from Mosadi to keep Chiefs in the lead!
87' George Maluleka (Kaizer Chiefs) is cautioned.

90' Great chance for Nxumalo after a defensive error from Gordinho, but the striker pulls his effort wide.
90 + 4' George Lebese (Kaizer Chiefs) scores!

90 + 5' Lebese rounds the 'keeper and scores into an empty net to kill off Ajax on the counter!
90 + 6' George Maluleka (Kaizer Chiefs) is cautioned.

Welcome to the live play-by-play for the ABSA Premiership 2016/17 match between Kaizer Chiefs and Ajax Cape Town at Moses Mabhida Stadium.

A third goal of the season from defender Lorenzo Gordinho and a late strike from George Lebese saw Kaizer Chiefs defeat Ajax Cape Town 2-0 in an Absa Premiership match at Moses Mabhida Stadium on Saturday.

It’s a fourth victory in a row for the Amakhosi, who reassume top spot on the log after seeing Golden Arrows leapfrog them earlier in the day.

Chiefs enjoyed the majority of possession in the first half, but the best early chance went the way of Ajax in the third minute. Daniel Cardoso slipped in trying to recover a ball and Nathan Paulse poked a hurried effort wide of goal when a bit of composure would have given him an easy finish.

The Soweto giants soon took control of the game, but despite some fine passing and plenty of movement in the wide areas, they struggled to created clear-cut chances with which to threaten the Cape side’s goal posts.

The only clear chance for the Amakhosi arrived in the 39th minute. William Twala provided a peach of a cross from the right flank and left-back Sibusiso Khumalo arrived at the back post to meet the ball, but his header failed to find the target.

After their dominant showing in the first half, Chiefs began the second strongly and deservedly broke the deadlock just three minutes after the restart. A short corner kick allowed George Maluleka to provide a great cross from the right and Lorenzo Gordinho easily headed home at the far post.

Chiefs went on to miss two great chances to add to their advantage – with substitute Lewis Macha unwittingly culpable in both instances – while Ajax gave warning that they were capable of spoiling the Amakhosi’s party when a substitute of their own, Tashriq Morris, put a snap shot wide of the mark with just over a quarter hour to play.

The Urban Warriors had one more good chance in the dying minutes when a mistake from Gordinho gave substitute Prince Nxumalo a clear sight of goal in the 18-yard area, but the striker pulled his shot wide of the mark.

Chiefs finally wrapped up the points in injury time when George Lebese sprinted free on a counter, rounded the goalkeeper and finished coolly to make it 2-0. The Soweto giants’ evening was soured slightly by the late sending off of Maluleka for a second yellow card.

Kaizer Chiefs will look to continue their winning streak in the Absa Premiership when they host Ajax Cape Town at FNB Stadium on 15 October 2016, kick-off at 18h00.

Chiefs claimed a third successive league win when they defeated Free State Stars 3-0 away on September 28.

The Soweto side has claimed four points from two home matches this season.

The Amakhosi are placed first on the Absa Premiership log with 10 points from five matches.

Ajax suffered a second league defeat of the season when they were beaten 1-0 at local rivals cape Town City on September 23.

The Cape Town side has claimed one point from two away matches so far this season.

The Urban Warriors are placed 13th on the Absa Premiership log with two points from four matches.

The Amakhosi have 14 wins compared to nine for the Urban Warriors, while 11 matches have been drawn.

Chiefs have won 10 of their 17 home league matches against Ajax, suffering two defeats in the process.

Last season the teams shared the spoils in both of their league meetings, drawing 1-1 in Cape Town and 0-0 in Soweto.