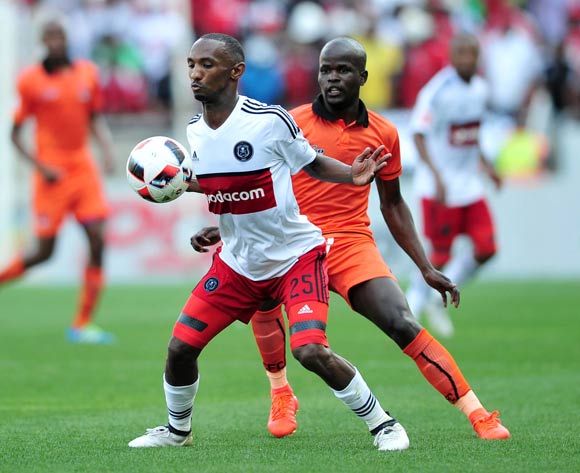 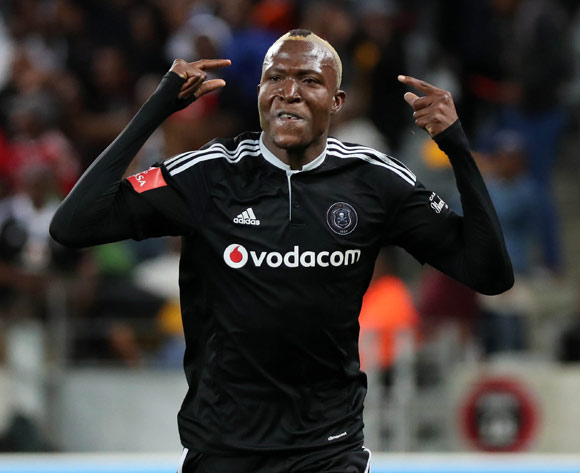 Welcome to the live play-by-play for the ABSA Premiership 2016/17 match between Polokwane City and Orlando Pirates at Peter Mokaba Stadium.

1' The match is underway!
31' Oupa Manyisa (Orlando Pirates) is cautioned.

46' The second half is underway
52' Puleng Tlolane (Polokwane City) scores!

Welcome to the live play-by-play for the ABSA Premiership 2016/17 match between Polokwane City and Orlando Pirates at Peter Mokaba Stadium.

Tlolane's fine strike not enough to down Pirates

Despite a fine goal from Puleng Tlolane, Polokwane City failed to use their chances as they drew 1-1- against Orlando Pirates in the Absa Premiership on Sunday afternoon at the New Peter Mokaba Stadium

This stalemate has placed Luc Eymael's men at number five on the log table with nine points from six matches.

However, a late header through Tendai Ndoro gave the Buccaneers a point as they sit at position number three, also with nine points.

Although the match had a slow start, Pirates got their first corner kick in the 17th minute, when Ndoro failed to keep his attempt down after a sweet delivery from captain, Oupa Manyisa.

In the 36th minute, Tlolane tried a curling shot to beat goalkeeper Brighton Mhlongo after dispossessing Issa Sarr, however, his attempt went inches over the bar.

Two minutes later, Thabiso Kutumela hit the woodwork following a good interchange of passes in the middle of the park, with City's keeper George Chigova beaten.

After seven minutes in the second stanza, Tlolane managed to beat Mhlongo with a beauty of a strike into the top corner to hand City the lead.

Simphiwe Hlongwane was unlucky for Rise and Shine as his effort from a counter attack hit the woodwork in the 63rd minute.

However, with 22 minutes remaining, Muhsin Ertugral was angry on the touchline as defender Justice Chabalala missed a sitter from a corner on the right flank.

Luc Eymael's side enjoyed the ball possession, but they wasted their chances as they continued to frustrate the visitors in the last five minutes.

However, Ndoro found the back of the net in the injury time of the tie when he connected well with a header from the right flank to beat the relaxed Chigova.

Polokwane City will go in search of a hat-trick of Absa Premiership victories when they host Orlando Pirates at Peter Mokaba Stadium on 16 October 2016, kick-off at 15h30.

Polokwane claimed a second successive league win when they defeated Maritzburg United 1-0 away on September 27.

The Limpopo side has claimed four points from two home matches this season.

Rise and Shine are placed fifth on the Absa Premiership log with eight points from four matches.

Pirates recorded a second successive league draw when they were held 1-1 at home by Platinum Stars on September 27.

The Soweto giants have claimed three points from one away match this season.

The Buccaneers are placed third on the Absa Premiership log with eight points from four matches.

In head-to-head stats, Polokwane and Pirates have met in six league matches since 2013/14.

The Buccaneers have three wins compared to one for Rise and Shine, while two matches have been drawn.

Polokwane have recorded one win, one draw and one defeat from their three home league matches against Pirates.

Last season the teams shared the spoils as both of their league meetings ended in goalless stalemates.