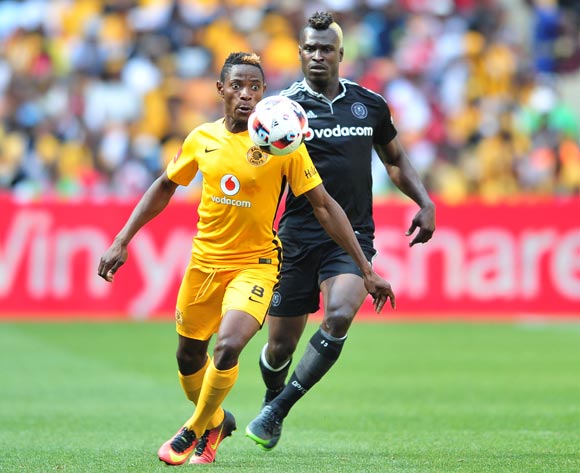 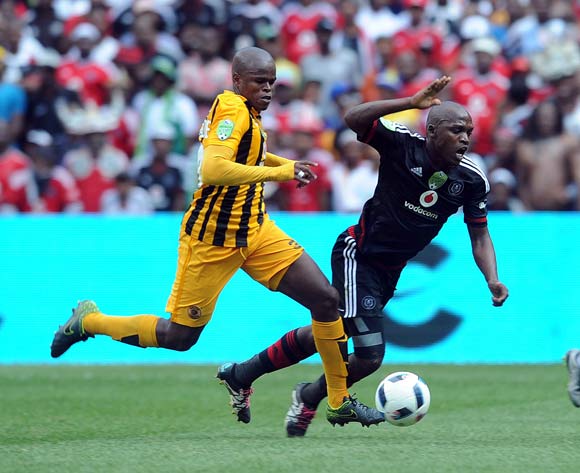 Welcome to the live play-by-play for the ABSA Premiership 2016/17 match between Orlando Pirates and Kaizer Chiefs at FNB Stadium.

Hello and welcome to the live play-by-play of the Soweto Derby clash between Orlando Pirates and Kaizer Chiefs from the iconic FNB Stadium.
Attacking teams named by both coaches as they go in search of all three points on a steaming hot day in the outskirts of Johannesburg.
The Amakhosi are aiming to reclaim top spot in the league with Golden Arrows having climbed to the summit following victory last night.
The Buccaneers sit in fifth place, four points behind their fiercest rivals.
1' The match is underway!
3' Late change for Orlando Pirates with Memela replaced by Norodien. The midfielder picking up a late injury.
6' Mpho Makola (Orlando Pirates) is cautioned.

7' CHANCE! Khumalo swings in a cross from the left flank, Katsvairo in a pocket of space, but he can only succeed in guiding his header attempt over the crossbar.
11' JUST WIDE! Makola sends his free-kick attempt from the edge of the area wide of Khune's left-hand post - the Bafana Bafana goalkeeper, though, looked to have things covered.
18' Still level peggings in Soweto with neither goalkeeper forced into a save just yet.
20' Katsvairo - eager to stamp his authority - has a dip from long range, bu the ball was always flying wide. Easy for Mhlongo.
23' SAVE! Norodien bursts down the left flank, cuts inside before finding Rakhale who with a sight at goal is guilty of a heavy first touch allowing Khune the chance to rush off his line and gather the ball.
26' Play resumes following a quick water break and Norodien lets fly - his shot goes wide. Very lively start for the former Ajax Cape Town man.
32' Sibusiso Khumalo (Kaizer Chiefs) is cautioned.

40' Mhlongo receives some treatment as we head into the final five minutes of the half. Plenty of promise, but nothing to write home about just yet.
45' Matlaba tries his luck from range, but ball was always flying high and wide as we enter 3 minutes of added time.
45 + 3' CHANCE! Ekstein squanders a glorious opportunity to open the scoring on the cusp of half-time. Mphahele picks out the midfielder who skies his volley attempt from close range.
45 + 4' The referee brings the first half to an end.

46' The second half is underway
49' CHANCE! Pirates break through Ndoro who picks out Motupa - the midfielder, with the goal at his mercy is unable to direct his first time shot on target.
58' Kaizer Chiefs: Edward Manqele replaces Mitchell Katsvairo

60' Hour played in Soweto - Nothing to write home about just yet as both teams still go in search of the opener.
67' Kaizer Chiefs: Siphiwe Tshabalala replaces William Thwala

72' Shabba with time and space, has a dip from range but he is unable to keep his attempt down.
73' Ramahlwe Mphahlele (Kaizer Chiefs) is cautioned.

90 + 2' Chance! Manqele's shot blocked by Sarr just as he saw his name in the headlines!
90 + 4' The referee blows the whistle for Full Time.

Welcome to the live play-by-play for the ABSA Premiership 2016/17 match between Orlando Pirates and Kaizer Chiefs at FNB Stadium.

For the umpteenth time in recent history the Soweto Derby match between Orlando Pirates and Kaizer Chiefs failed to live up to expectations, with the two South African giants playing to a 0-0 stalemate in an Absa Premiership clash at the FNB Stadium on Saturday afternoon.

Both teams had chances to break the deadlock throughout as 90 000 fans watched on, but neither could do just that as the two teams left the 2010 FIFA World Cup final venue with a point apiece.

Riyad Norodien was a late inclusion into the starting XI by Muhsin Ertuğral and eager to make an impression, the former Ajax Cape Town man turned on the style in the 23rd minute to set up Thabo Rakhale.

But, with time and space the wing-wizard's poor first touch let him down as the experienced Itumeleng Khune rushed off his line to gather at Rakhale's feet.

Norodien then decided to take matters into his own hands as he sent a rasping attempt over the crossbar moments later.

The best chance of the half, though, fell to Hendrick Ekstein in first-half stoppage-time, the midfielder unable to capitalize on a pin-point cross by Ramahlwe Mphahlele - guiding his volley attempt over the woodwork.

Gift Motupa had a chance to put Pirates 1-0 up in the 49th minute, but he too was unable to hit the target with the goal at his mercy.

Chiefs were the better side in the closing exchanges with Siphiwe Tshabalala forcing Brighton Mhlongo into smart save in the 76th minute of the match - the midfielder eager to impress in his 28th Soweto Derby appearance.

As it turned out the Glamour Boys would have the last chance of the match, but Issa Sarr was alert to block Edward Manqele's powerful drive.

Chiefs return to the top of the standings despite the draw, unbeaten Pirates move up to fourth.

Soweto giants Orlando Pirates and Kaizer Chiefs will resume their rivalry in the Absa Premiership when they meet at FNB Stadium on 29 October 2016, kick-off at 15h30.

Pirates played to a third successive draw in the league when they were held 1-1 at Polokwane City on October 16.

The Soweto giants have claimed five points from three home matches this season.

The Buccaneers are placed fourth on the Absa Premiership log with nine points from five matches.

Chiefs racked up a fourth successive league win when they defeated Ajax Cape Town 2-0 at home on October 15.

The Soweto giants have claimed six points from three away matches this season.

The Amakhosi are placed first on the Absa Premiership log with 13 points from six matches.

In head-to-head stats, Pirates and Chiefs have met in 61 league matches since 1985.

The Amakhosi have 24 wins compared to 13 for the Buccaneers, while 24 matches have been drawn.

Pirates have won seven of their 32 home matches against Chiefs, suffering 11 defeats in the process.

Last season the Buccaneers took four points off the Amakhosi, winning 3-1 away and drawing 1-1 in the return match.