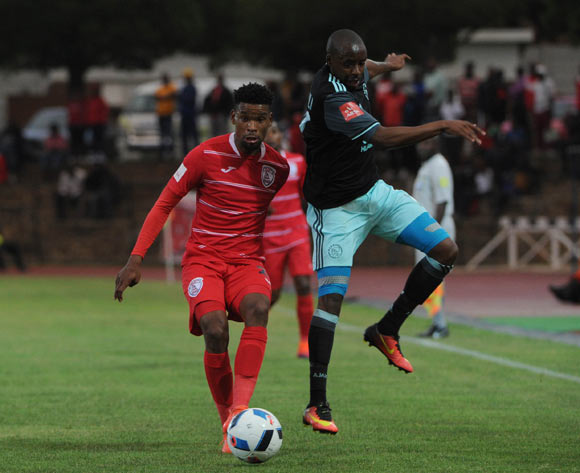 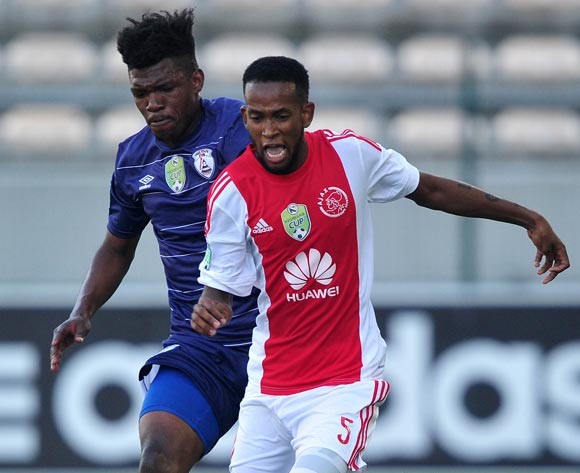 Welcome to the live play-by-play for the ABSA Premiership 2016/17 match between Free State Stars and Ajax Cape Town at Goble Park Stadium.

Welcome to the live play-by-play for the ABSA Premiership 2016/17 match between Free State Stars and Ajax Cape Town at Goble Park Stadium.

Goals from Bantu Mzwakali and Goodman Dlamini saw Ajax Cape Town and Free State Stars play to a 1-1 draw in their Absa Premiership clash at Goble Park Stadium on Wednesday.

As a result, both Ea Lla Koto and the Urban Warriors are winless in the top flight league this season and remain in placed in the lower reaches of the standings.

After a few early half chances at either end of the field, it was Ajax who took control of the game and claimed the lead midway through the first half.

Prince Nxumalo was brought down just outside the box by Davis Nkausu and the visitors were awarded a free kick. Bantu Mzwakali scored direct from the dead-ball situation, putting the Urban Warriors 1-0 up.

Stars looked for a quick response through attacker Moeketsi Sekola, but his efforts around the half hour mark were either wide of the mark or saved by Ajax ‘keeper Jody February.

The last chance of the first half went the way of Stars’ attack-minded defender Nyiko Mobbie, but the impressive youngster put his header over the crossbar to leave the hosts trailing at the break.

Yet Ajax’s lead lasted just four minutes of the second stanza, with Goodman Dlamini getting the better of February to make it 1-1.

Ajax nearly reclaimed the lead midway through the second half when Mosa Lebusa got on the end of a corner kick, but his header was no trouble for Thela Ngobeni.

Stars will be in action this weekend when they face Kaizer Chiefs in the Telkom Knockout quarterfinals, while Ajax will only return to the pitch on November 19 when they face Maritzburg United.

Free State Stars will target their first Absa Premiership win of the season when they host Ajax Cape Town at Goble Park Stadium on 2 November 2016, kick-off at 18h00.

Stars’ winless streak was extended to seven matches when they were held 2-2 at Highlands Park on October 30.

The Free State side has claimed two points from four home matches this season.

Ajax suffered a fourth successive league defeat when they were beaten 2-0 at home by SuperSport United on October 29.

The Cape Town side has claimed one point from three away matches this season.

The Urban Warriors are placed 15th on the Absa Premiership log with two points from seven matches.

Ea Lla Koto have 13 wins compared to seven for the Urban Warriors, while six matches have been drawn.

Stars have an unbeaten home record at home to Ajax, with 10 wins and three draws from 13 matches.

Last season the Urban Warriors won 2-1 in Cape Town, but Ea Lla Koto claimed revenge with a 1-0 victory in the Free State.

There has not been an away win in this fixture since Stars claimed a 2-0 victory in Cape Town in the first half of the 2001/02 season.