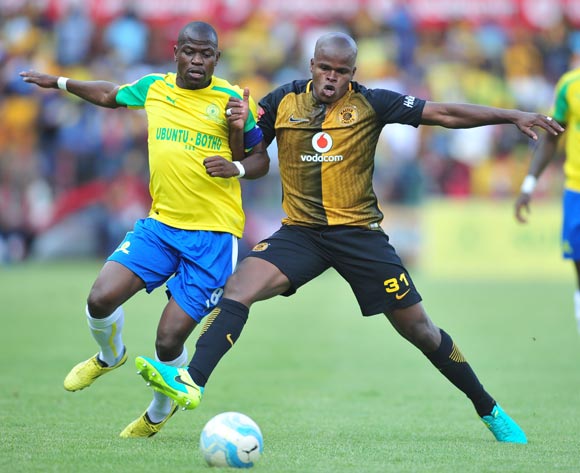 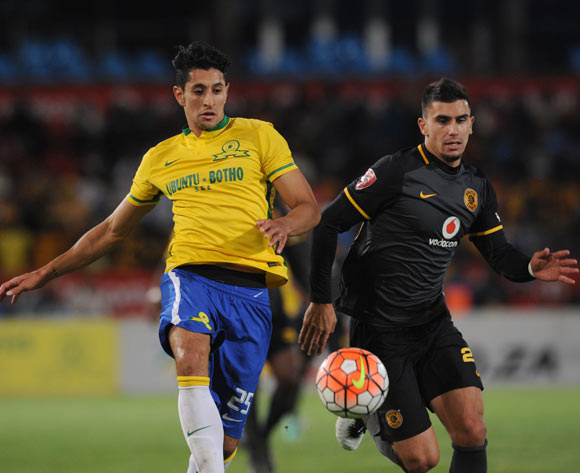 Welcome to the live play-by-play for the ABSA Premiership 2016/17 match between Mamelodi Sundowns and Kaizer Chiefs at Loftus Versfeld Stadium.

46' The second half is underway
51' Sibusiso Vilakazi (Mamelodi Sundowns) is cautioned.

Welcome to the live play-by-play for the ABSA Premiership 2016/17 match between Mamelodi Sundowns and Kaizer Chiefs at Loftus Versfeld Stadium.

Goals from Tebogo Langerman and Sibusiso Vilakazi saw Mamelodi Sundowns come from a goal down to defeat Kaizer Chiefs 2-1 in an Absa Premiership clash at Loftus Stadium on Saturday.

It was just the fourth league game for the Brazilians this season, but it saw them defeat a major title rival and serve notice that they are not to be written off in the domestic championship despite the strain put on their squad by winning the CAF Champions League.

The kick-off was delayed 15 minutes as a security measure, due to the large number of spectators still making their way into the stadium as 15h30 approached.

Sundowns enjoyed the better chances in the first half and only some heroic defending from Sibusiso Khumalo and Lorenzo Gordinho prevented Anthony Laffor from opening the scoring in the 25th minute.

Chiefs generally played on the counter attack and they claimed the lead somewhat against the run of play in the 39th minute, with Ramahlwe Mphahlele’s cross-shot from the right of the box drifting over Denis Onyango to find the back of the net.

However, the Brazilians hit back just two minutes later, with a sweeping move ending with Keagan Dolly teeing up Tebogo Langerman to fire a left-footed shot past Itumeleng Khune’s left-hand to make it 1-1.

Sundowns started the second half brightly and claimed the lead eight minutes after the restart, with Percy Tau doing some fine work in the box before seeing his effort blocked on the line by a defender, only for Sibusiso Vilakazi to easily score from the rebound.

The hosts should have been awarded a penalty just under 20 minutes later when Tau showed a great piece of skill in the box, only to be baulked by a combination of Mphahlele and Willard Katsande.

Yet referee Daniel Bennett ignored the pleas for a blatant penalty before booking Tau for his remonstrations.

The Brazilians continued to pile on the pressure and Chiefs needed Itumeleng Khune to make an excellent save to keep out a goal-bound header from Anthony Laffor in the 78th minute and a fine long-range effort from Dolly in injury time.

Mamelodi Sundowns and Kaizer Chiefs will meet for a heavyweight Absa Premiership bout at Loftus Versfeld Stadium on 19 November 2016, kick-off at 15h30.

Sundowns claimed their first league win of the season when they defeated Polokwane City 2-0 away on November 2.

The Tshwane side lost 2-1 to Cape Town City in late October in their only home league match this season.

The Brazilians are placed 15th on the Absa Premiership log with four points from three matches.

Chiefs played to a second successive stalemate when they were held 0-0 at home by Baroka FC on November 2.

The Soweto giants have claimed seven points from four away matches this season.

The Amakhosi are placed third on the Absa Premiership log with 15 points from eight matches.

In head-to-head stats, Chiefs and Sundowns have met in 62 league matches since 1985.

The Amakhosi have 25 wins compared to 19 for the Brazilians, while 18 matches have been drawn.

Sundowns have won 14 of their 30 home league matches against Chiefs, suffering nine defeats in the process.

Last season the Brazilians took four points off the Amakhosi, drawing 0-0 in Soweto before winning the return match in Tshwane 3-1.

Sundowns’ 3-1 victory last term was their first home league win over Chiefs since the 2010/11 season.