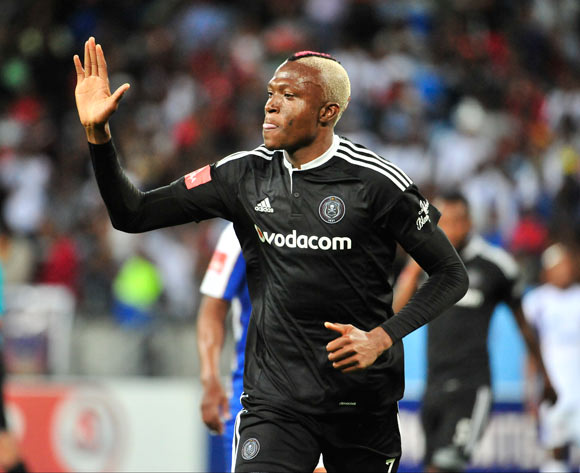 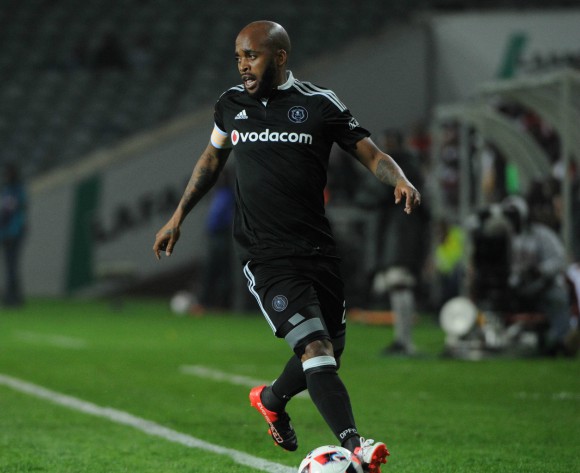 Welcome to the live play-by-play for the ABSA Premiership 2016/17 match between Chippa United and Orlando Pirates at Nelson Mandela Bay Stadium.

Welcome to the live play-by-play for the ABSA Premiership 2016/17 match between Chippa United and Orlando Pirates at Nelson Mandela Bay Stadium.

Tendai Ndoro scored the only goal of the match as Orlando Pirates beat Chippa United 1-0 in an Absa Premiership game at the Nelson Mandela Bay Stadium on Tuesday.

The win saw the Buccaneers move to position five on the league log, while the Chilli Boys remain tenth on the table.

The home side threatened first through Andile Mbenyane's long range effort which missed the target 14 minutes into the league encounter.

But Tendai Ndoro made sure he fired Pirates into the lead with an easy tap in making it 1-0 to Pirates eight minutes later with Luvuyo Memela providing an assist.

The Chill Boys were denied by Pirates goalkeeper Jackson Mabokgwane in the 35th minute - parrying away Thembinkosi Lorch's header and the first-half ended with Bucs leading 1-0.

In the second-half, the home continued to enjoy more possession in the early stages, but they were finding it difficult to penetrate the Buccaneers defence.

In the 70th minute, Chippa goalkeeper Daniel Akpeyi made a great save to deny Pirates attacking midfielder Mpho Makola from close range.

At the other end, Mabokgwane denied Katlego Mashego of Chippa in stoppage time as Pirates contained the home side until the referee blew the final whistle.

Pirates won 1-0 on the night and they recorded their first ever away win over Chippa in the league.

Chippa United will look to beak their winless streak in the Absa Premiership when they host Orlando Pirates at Nelson Mandela Bay Stadium on 22 November 2016, kick-off at 19h30.

Chippa suffered a second successive loss – and saw their league winless run extended to five matches – when they were beaten 2-1 at home by Cape Town City on November 19.

The Eastern Cape side has claimed five points from four home matches this season.

The Chilli Boys are placed 10th on the Absa Premiership log with nine points from eight matches.

Pirates claimed a first league win since September when they defeated Free State Stars 1-0 at home on November 19.

The Soweto giants have claimed four points from three away matches this season.

The Buccaneers are placed sixth on the Absa Premiership log with 13 points from eight matches.

In head-to-head stats, Pirates and Chippa have met in six league matches since the 2012/13 season.

The Chilli Boys have claimed three wins compared to two for the Buccaneers, while one match has been drawn.

Chippa are unbeaten in home league matches against Pirates, with two wins and one draw from their three turns as host.

Last season the Buccaneers claimed a resounding 4-1 win in Soweto, but the Chilli Boys got revenge with a 2-0 home win in the return game.

In the last four successive league meetings of the teams, the hosts have emerged as winners.