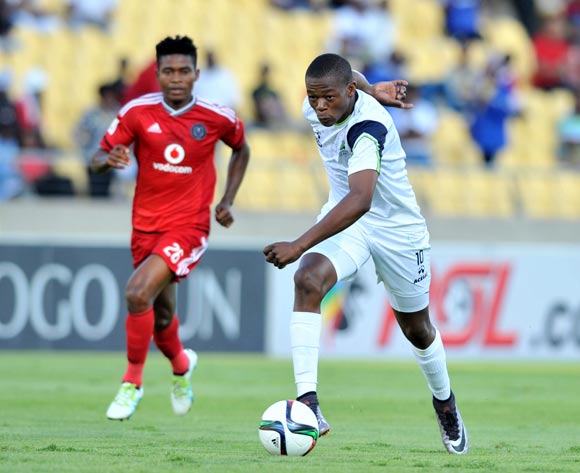 Welcome to the live play-by-play for the ABSA Premiership 2016/17 match between Platinum Stars and Maritzburg Utd. at Royal Bafokeng Stadium.

Welcome to the live play-by-play for the ABSA Premiership 2016/17 match between Platinum Stars and Maritzburg Utd. at Royal Bafokeng Stadium.

Despite heading into the match in high spirits, Platinum Stars fired blanks when they faced Maritzburg United in their Absa Premiership tie which ended in a 0-0 draw at Royal Bafokeng Stadium on Saturday afternoon.

The stalemate keeps Fadlu Davids' side at number eight on the log standings with 18 points from 14 league matches so far.

In the first 10 minutes, both camps exchanged good passes in the middle of the park, but both defences stood firm avoiding clear-cut chances.

However, the hosts came close to opening their scoreline when Robert Ng'ambi saw his header going inches over the crossbar from a cross on the right flank.

Although the match had no shots on target by the break, both sides enjoyed positive spells of ball possession in the heart of the park, with both goalkeepers enjoying an early holiday.

The second stanza gave the hosts an opportunity to attack in numbers, as Ng'ambi came close to scoring when he unleashed a volley which sailed over Bongani Mpnadle's cross bar in the 62nd minute.

A minute later, Lebohang Maboe failed to hit the target when he received the ball unmarked in the box, his well taken shot went wide off the target with only goalkeeper, Mbongeni Mzimela to beat.

With 13 minutes to go, substitute Henrico Botes nearly made an immediate impact when he also tried a powerful long range effort from the d-line, but again it sailed wide over the posts.

Malawi international midfielder, Ng'ambi, once again came close to scoring the winner in the 88th minute when a rebound fell into his path which he failed to keep down.

As a result, Cavin Johnson's men occupy the 11th spot on the log with 13 points from the same number of league matches.

Platinum Stars and Maritzburg United will both be looking to build winning momentum in the Absa Premiership when they meet at Royal Bafokeng Stadium on 17 December 2016, kick-off at 15h30.

Stars snapped a four-game losing streak in the league when they defeated Cape Town City 4-0 on December 13.

The Rustenburg side has claimed three points from six home matches this season.

Dikwena are placed 11th on the Absa Premiership log with 12 points from as many matches.

Maritzburg claimed a second successive win when they defeated Orlando Pirates 2-1 at home on December 13.

The KwaZulu-Natal side has claimed 10 points from six away matches this season.

The Team of Choice is placed eighth on the Absa Premiership log with 17 points from 13 matches.

In head-to-head stats, Stars and Maritzburg have met in 20 league matches since 2005/06.

Dikwena have 10 wins compared to five for the Team of Choice, while five matches have been drawn.

Stars have won five of their 10 home league matches against Maritzburg, suffering two defeats in the process.

Last season the teams played to 1-1 draws in both Rustenburg and Pietermaritzburg.

Maritzburg are unbeaten in their last four league matches against Stars.