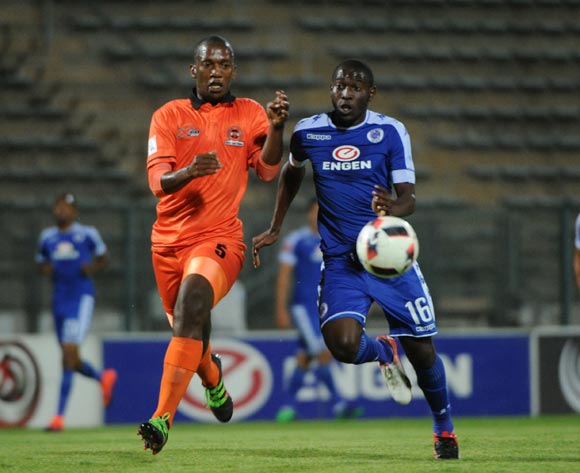 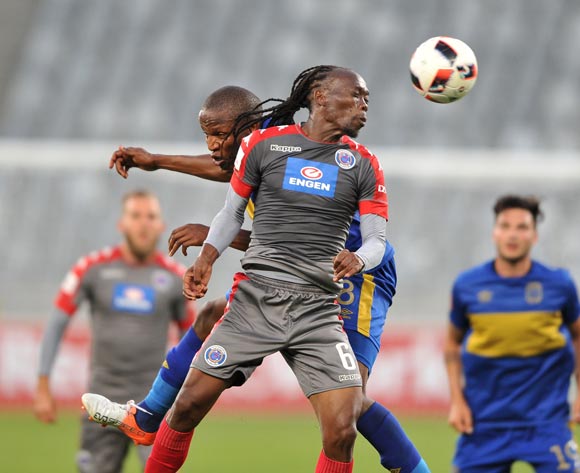 Welcome to the live play-by-play for the ABSA Premiership 2016/17 match between SuperSport Utd and Polokwane City at Lucas Moripe Stadium.

Welcome to the live play-by-play for the ABSA Premiership 2016/17 match between SuperSport Utd and Polokwane City at Lucas Moripe Stadium.

SuperSport United to enter 2017 atop the Premiership standings

SuperSport United will head into the New Year top of the Absa Premiership log standings following a 2-1 win over Polokwane City at the Lucas Moripe Stadium on Wednesday evening.

Matsatsantsa leapfrogging both Bidvest Wits and Cape Town City who dropped points in their respective games this week.

Rodney Ramagalela handed Rise and Shine the lead as early as the sixth minute, with the hard-running forward profiting from a defensive mistake by Onismor Bhasera, to put the visitors 1-0 up.

Aubrey Modiba had two golden chances in quick succession to level matters soon after, but having sent his first attempt into the side-netting the former Cape Town City man failed to beat George Chigova in a one-one-one situation in the 13th minute of the clash.

Matsatsantsa, though, would restore parity before the break through former Rise and Shine ace Cole Alexander. The creative midfielder seeing his cross-cum-shot fly into the back of the net from the tightest of angles.

Chigova was sure the ball would fly over the crossbar, but that would not be the case as the burly goal-minder was left red-faced.

Polokwane City were unlucky not retake the lead a minute later with Sammy Seabi - the midfielder's floating header attempt had the beating of Reyaad Pieterse, but not the crossbar. The teams deadlocked at 1-1 at the break.

The decisive moment of the match would follow in the 69th minute. Following a foul on Reneilwe Letsholonyane by Thabang Klaas inside the area, Jeremy Brockie stepped up to the spot - duly firing the ball into the back of the net from 12 yards to hand Matsatsantsa the lead.

Rise and Shine pressed forward in search of the equaliser in the closing moments of the clash, but SuperSport held firm as they end the year on a high note.

SuperSport United will look to continue their unbeaten run in the Absa Premiership when they host Polokwane City at the Lucas Moripe Stadium on 21 December 2016, kick-off at 19h30.

SuperSport extended their unbeaten run to 12 matches when they were held 1-1 by Cape Town City on December 16.

The Tshwane side has claimed 11 points from five home matches this season.

Matsatsantsa are placed third on the Absa Premiership log with 22 points from 13 matches.

Polokwane suffered their first league loss since early November when they went down 3-2 away to Kaizer Chiefs on December 18.

The Limpopo side has claimed 10 points from eight away matches this season.

Rise and Shine are placed fifth on the Absa Premiership log with 21 points from 14 matches.

In head-to-head stats, Polokwane and SuperSport have met in six league matches since 2013/14.

Matsatsantsa have two wins compared to one for Rise and Shine, while three matches have been drawn.

SuperSport have recorded one win and two draws from their three league matches as hosts in this rivalry.

Last season Rise and Shine took four points off Matsatsantsa, winning 4-1 in Polokwane before claiming a 2-2 draw in the return.