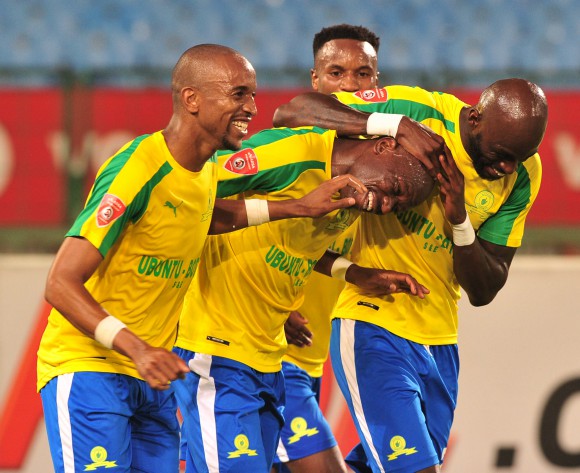 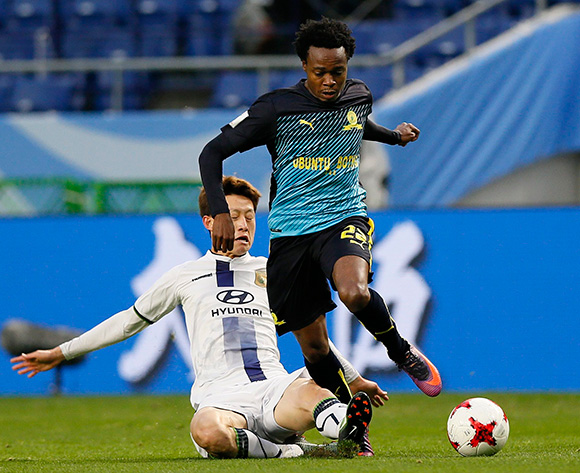 Welcome to the live play-by-play for the ABSA Premiership 2016/17 match between Baroka FC and Mamelodi Sundowns at New Peter Mokaba Stadium.

Welcome to the live play-by-play for the ABSA Premiership 2016/17 match between Baroka FC and Mamelodi Sundowns at New Peter Mokaba Stadium.

Mamelodi Sundowns capped off a great 2016 with a 1-0 win over Baroka FC in an Absa Premiership match played at the Peter Mokaba Stadium in rainy Polokwane on Thursday.

Stalwart midfielder Hlompho Kekana scored the only goal of the game to see the Brazilians to a victory after returning from playing in the Club World Cup in Japan.

Sundowns enjoyed the majority of possession in the first half, but they struggled to get their passing game together and were unable to penetrate Baroka’s defence and trouble goalkeeper Oscarine Masuluke.

In fact, the best chance of the first stanza went the way of the hosts in the 40th minute, with Richard Matloga springing the offside trap to be faced with only Wayne Sandilands to beat, but his attempt to round the ‘keeper ended with a tame effort from a tight angle which was easily cleared by Ricardo Nascimento.

Baroka made another good chance eight minutes into the second half when Matloga provided a cross from the right flank which was headed on target by Marshall Munetsi, only for Sandilands to make a fine save low to his right.

A short while later it was Sundowns’ turn to carve out a clear chance, but Khama Billiat’s turn and shot in the box went straight to Masuluke, while in the 69th minute Percy Tau teed up Hlompho Kekana for a tap-in but the midfielder was incorrectly flagged offside.

However, Kekana grabbed the crucial goal in the 84th minute when he powered home a header via the underside of the crossbar. The assist was a superb cross from the right flank by substitute Anthony Laffor.

The result takes Pitso Mosimane’s side to seventh place on the log and they are just six points adrift of the top of the table – despite playing five matches less than leaders SuperSport United. Baroka remain at the bottom of the log, but they are just two points from the safety of 14th place.

Baroka FC will welcome the returning Mamelodi Sundowns for the last Absa Premiership match of the year, set for the Peter Mokaba Stadium on 22 December 2016, kick-off at 18h00.

Baroka have gone eight league matches without a win after drawing 1-1 at home to Golden Arrows on December 18.

The Limpopo side has claimed five points from eight winless home matches this season.

Bakgaga are placed 14th on the Absa Premiership log with 12 points from 14 matches.

Sundowns claimed a fifth win from their last six league matches when they defeated Free State Stars 4-1 at home on December 3.

The Tshwane side has claimed four points from three away matches this season.

The Brazilians are placed ninth on the Absa Premiership log with 16 points from eight matches.

This will be the first official league clash between Baroka FC and Mamelodi Sundowns.