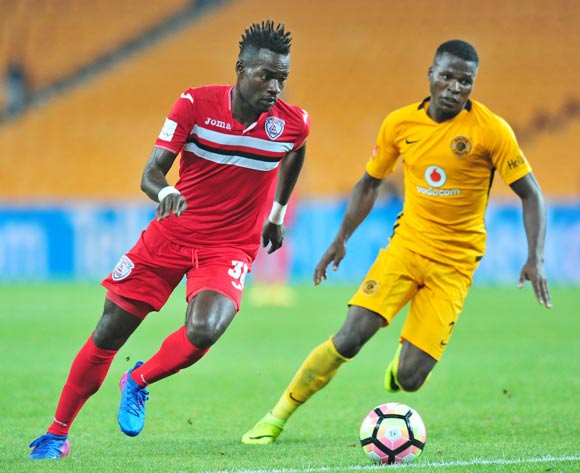 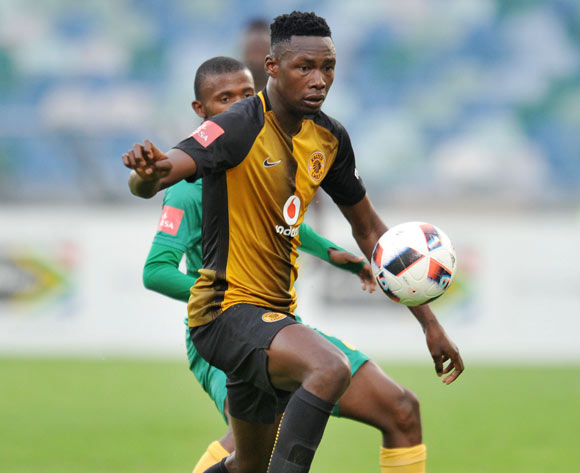 Welcome to the live play-by-play for the ABSA Premiership 2016/17 match between Kaizer Chiefs and Free State Stars at FNB Stadium.

Welcome to the live play-by-play for the ABSA Premiership 2016/17 match between Kaizer Chiefs and Free State Stars at FNB Stadium.

In the wake of the defeat, Serame Letsoaka's side remain rooted at the 14th spot with as many points from 16 matches.

On the other hand, two first half goals from Simphiwe Tshabalala and Bernard Parker, as well as a second half strike from Willard Katsande, ensured Chiefs won the match.

The highly anticipated encounter got off to a bright start with both camps exchanging the ball possession in the opening first 10 minutes.

However, it was the visitors who threatened in the 15th minute after sharing great passes into the box, allowing Mohammed Anas to take a shot which went narrowly wide after a block by Lorenzo Gordinho.

Amakhosi quickly responded with a fine free kick finish from Tshabalala, as he scored by beating goalkeeper Thela Ngobeni on his top left corner away from the d-line.

As they dominated the proceedings, Chiefs received a penalty towards the half-hour mark after Edmore Chirambadare was fouled by Ngobeni in the box. Parker doubled their lead at the second attempt after Ngobeni initially saved the penalty.

With three minutes to go, Serame Letsoaka's men nearly pulled one back when Anas beat his marker in the box only to see his attempt coming off the woodwork from close range, Itumeleng Khune was beaten.

Ea Lla Koto came better in the second stanza as they spent more time in the opposite half, with Mbuyiselo Thethani's deflected shot saved by Khune in the 50th minute.

The hosts managed to shift gears and Katsande showed composure in the box to make it 3-0. He beat two defenders before easily passing the ball into Ngobeni's left corner.

With 17 minutes to go, the Bethlehem-based side received a set piece on the edge of the box and Mahamutsa pulled one back in the 73rd minute with a well struck low shot.

In the last five minutes, Steve Komphela's men continued to probe four their fourth goal and George Maluleka produced a fine save from Ngobeni, who punched the ball away for a corner.

Chiefs now move up to number three on the log table with 27 points from 16 league matches.

Kaizer Chiefs will target a hat-trick of Absa Premiership wins when they host Free State Stars at FNB Stadium on 7 February 2017, kick-off at 19h30.

Chiefs recorded a second successive win when they beat Golden Arrows 2-0 on December 21.

The Soweto giants have claimed 14 points from eight home matches this season.

The Amakhosi are placed fourth on the Absa Premiership log with 24 points from 15 matches.

Stars claimed just their third league win of the season when they defeated Cape Town City 1-0 at home on December 21.

The Free State side has claimed just two points from seven winless away matches this season.

Ea Lla Koto are placed 14th on the Absa Premiership log with 14 points from as many matches.

In head-to-head stats, Chiefs and Stars have met in 34 league matches since 1996.

The Amakhosi have 22 wins compared to three for Ea Lla Koto, while nine matches have been drawn.

Chiefs have won 12 of their 17 home league matches against Stars, suffering just one defeat in the process.

When the teams met earlier this season, the Amakhosi claimed a 2-0 away win thanks to goals from Katsvairo and Katsande.