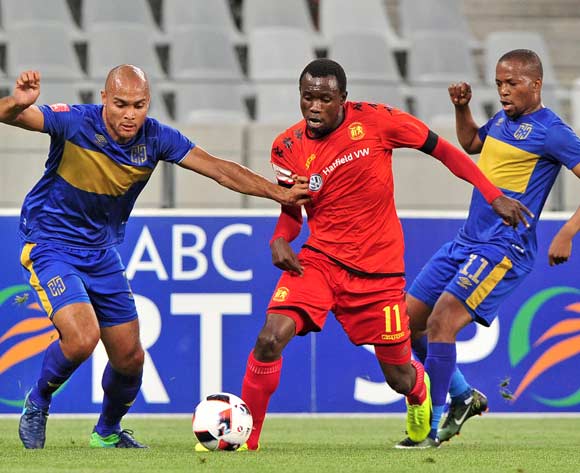 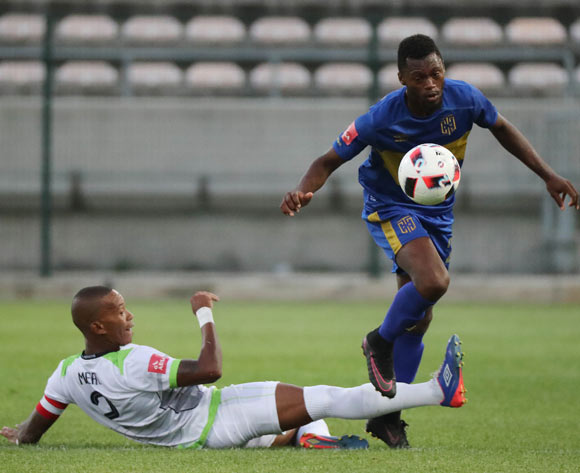 Welcome to the live play-by-play for the ABSA Premiership 2016/17 match between Cape Town City FC and Highlands Park FC at Cape Town Stadium.

Welcome to the live play-by-play for the ABSA Premiership 2016/17 match between Cape Town City FC and Highlands Park FC at Cape Town Stadium.

Cape Town City beat Highlands Park 3-0 in an Absa Premiership game which was played at the Cape Town Stadium in Cape Town on Tuesday night.

As a result City moved up to position two on the league log, while struggling Highlands stay 15th on the table.

It took only five minutes for Lebogang Manyama to fire City into the lead with good strike from the edge of the box to make it 1-0 to the home side.

The Citizens continued their dominance and they made it 2-0 through debutant Letsie Koapeng, who beat Highlands goalkeeper Tapuwa Kapini.

The score was 2-0 to City during the half-time break thanks two well-taken goals by City captain Manyama and new signing Koapeng.

Kapini, the former Zimbabwe international was kept very busy by the City attackers in the second-half as the home side searched for more goals.

The 32-year-old keeper was beaten in the 89th minute by Judas Moseamedi, who scored with his right-foot with Aubrey Ngoma providing an assist.

The goal sealed City's 3-0 victory on the night as Highlands were unable to grab a late consolation goal in stoppage time.

Cape Town City will look to return to winning form in the Absa Premiership when they host Highlands Park at Cape Town Stadium on 7 February 2017, kick-off at 19h30.

City have gone three league matches without a win after losing 1-0 at Free State Stars on December 21.

The Cape Town side has claimed 13 points from seven home matches this season.

The Citizens are placed third on the Absa Premiership log with 25 points from 15 matches.

Highlands recorded their seventh draw of the league season when they were held 2-2 at home by Platinum Stars on December 20.

The Tembisa-based side has claimed three points from seven winless away matches this season.

The Lions of the North are placed 15th on the Absa Premiership log with 13 points from 15 matches.

That encounter took place earlier this season, with the teams playing to a 1-1 draw at the Makhulong Stadium.