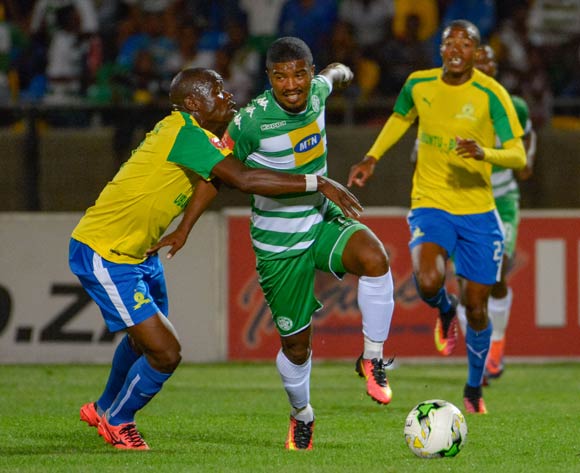 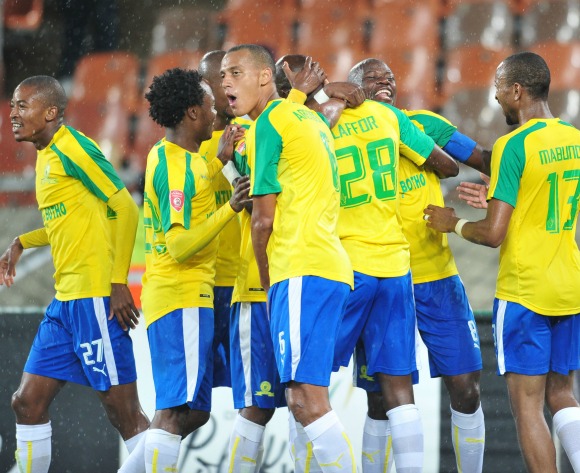 Welcome to the live play-by-play for the ABSA Premiership 2016/17 match between Bloemfontein Celtic and Mamelodi Sundowns at Dr. Molemela Stadium .

Welcome to the live play-by-play for the ABSA Premiership 2016/17 match between Bloemfontein Celtic and Mamelodi Sundowns at Dr. Molemela Stadium .

Bloemfontein Celtic failed to use their home advantage after losing 1-0 to Mamelodi Sundowns in the Absa Premiership on Wednesday night at Dr Molemela Stadium.

The defeat takes Siwelele position 13 on the log table with 15 points from the same number of matches.

For the visiting side, Themba Zwane's goal made the difference as they bagged their first three points in 2017.

The opening eight minutes saw the hosts controlling the proceedings, not allowing Sundowns to play, but they failed to trouble goalkeeper Wayne Sandilands.

However, the first opportunity came when Hlompho Kekana produced his trademark thunderbolt from a distance, but was collected by keeper Patrick Tignyemb in the 13th minute.

As Pitso Mosimane's men dominated the proceedings, they were awarded a set piece not far from the box with 11 minutes to go in the half. Kekana again forced Tignyemb to produce a superb save to parry it from danger.

With one minute to the interval, Siwelele wasted two chances to grab the lead as their first attempt was cleared on the line by Thapelo Morena and Sandilands was alert to stop the second.

Sundowns continued to trouble Siwelele in the second half, but Tignyemb denied them and Ricardo Nascimento came close to breaking the deadlock when he failed to direct a cross from the left flank in to the net.

Siwelele caught their visitors on a counter and Deon Hotto's well placed shot to the far corner produced a wonderful save from Sandilands in the 75th minute.

With 12 minutes remaining, substitute Zwane scored for the visitors when he showed composure after receiving a sweet pass from another substitute, Leonardo Castro, in the penalty area.

Percy Tau nearly bagged another when he showed his magic in the 83rd minute, beating Wandisile Letlabika and Tignyemb in the box, only to be denied by the woodwork.

The last four minutes saw Zwane providing his defensive magic when he cleared Celtic's corner with the ball looking like it crossed the line.

In the wake of the victory the league's defending champions now sit at number five with 22 points on the log table.

Bloemfontein Celtic will welcome Absa Premiership champions Mamelodi Sundowns for their first match of the year at Dr Molemela Stadium on 8 February 2017, kick-off at 19h30.

Celtic claimed just their third league win of the season when they defeated Orlando Pirates 2-1 away on December 20.

The Bloemfontein side has claimed five points from seven home matches this season.

Phunya Sele Sele are placed 12th on the Absa Premiership log with 15 points from 14 matches.

Sundowns claimed a sixth league win from their last seven matches when they defeated Baroka FC 1-0 away on December 22.

The Tshwane side has claimed seven points from four away matches this season.

The Brazilians are placed seventh on the Absa Premiership log with 19 points from nine matches.

In head-to-head stats, Celtic and Sundowns have met in 56 league matches since 1985.

The Brazilians have 28 wins compared to 13 for Phunya Sele Sele, while 15 matches have been drawn.

Celtic have won seven of their 28 home league matches against Sundowns, suffering 13 defeats in the process.

Last season the Brazilians won 1-0 in Bloemfontein, but Phunya Sele Sele claimed revenge with a 3-1 triumph in the return game in Polokwane.

Celtic last beat Sundowns in a home league match in the 2005/06 season.