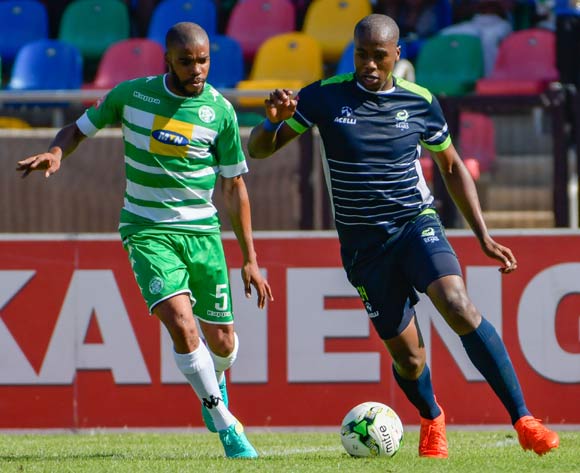 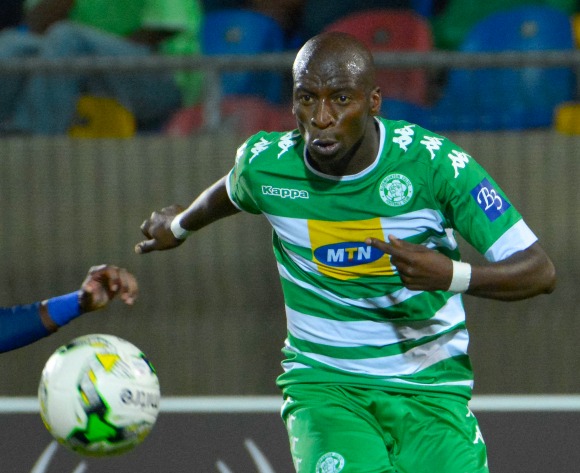 Welcome to the live play-by-play for the ABSA Premiership 2016/17 match between Bloemfontein Celtic and Platinum Stars at Dr. Molemela Stadium .

Welcome to the live play-by-play for the ABSA Premiership 2016/17 match between Bloemfontein Celtic and Platinum Stars at Dr. Molemela Stadium .

Celtic beaten at home by Dikwena

Bloemfontein Celtic slumped to a third defeat in their last four Absa Premiership matches when they lost 3-0 at the hands of Platinum Stars at the Dr Molemela Stadium.

Phunya Sele Sele enjoyed most of the ball possession through the match, but they were outclassed and outthought by an efficient and ruthless Dikwena, who leapfrog above them in the standings: the Rustenburg side are up to 11th place on 19 points, while Celtic drop to 13th on 18 points.

Stars claimed the lead in the seventh minute with their first notable attacking opportunity. Gerald Phiri Jr struck a superb left-footed shot direct from a free kick to open the scoring, stunning the home crowd into silence.

And lightning struck twice just two minutes later: Phiri again netted with shot direct from a free kick. This time the Stars player’s shot hit the underside of the crossbar and went in via the body of a hapless Patrick Tignyemb to make it 2-0.

On 14 minutes there was almost another goal direct from a free kick: this time Lantshene Phalane struck a fine shot just over the target as Celtic looked to get themselves back in the game.

The team in green and white enjoyed the majority of possession in the first half, but they lacked the killer instinct in the final third to punish Dikwena, who had defenders Ryan de Jongh and Willem Mwedihanga booked for cynical challenges.

Celtic’s best chance of the half arrived just before the break when Kabelo Mahlasela played a great pass to put Mthokozisi Dube in on goal, but he was denied by a brave save from Mbongeni Mzimela.

Stars suffered a blow early in the second half when Mzimela succumbed to injury and they had to replace him with Cyril Chibwe between the sticks. The new ‘keeper was caught stranded off his line by Deon Hotto just before the hour mark, but the Namibian’s lob came off the top of the crossbar.

That was to be as close as Celtic would come to a goal, with Dikwena adding to their advantage against the run of play in the 75th minute when Robert Ng’ambi’s low cross was turned home by Bongi Ntuli.

The match was suspended for a brief period due to fan misbehaviour in the stands, but the officials and players finished the scheduled playing time to complete the fixture.

Bloemfontein Celtic will chase successive Absa Premiership wins for the first time this season when they host Platinum Stars at Dr Molemela Stadium on 25 February 2017, kick-off at 15h30.

Celtic claimed their first win of 2017 in the league when they beat Chippa United 2-0 at home on February 19.

The Bloemfontein side has claimed eight points from nine home matches this season.

Phunya Sele Sele are placed 12th on the Absa Premiership log with 18 points from 17 matches.

Stars have gone five league matches without a win after going down 2-1 at home to Mamelodi Sundowns on February 21.

The Rustenburg side has claimed 11 points from eight away matches this season.

Dikwena are placed 14th on the Absa Premiership log with 16 points from 17 matches.

Phunya Sele Sele have 10 wins compared to seven for Dikwena, while eight matches have been drawn.

Celtic have won six of their 12 home league matches against Stars, suffering four defeats in the process.

When the teams met earlier this season, Phunya Sele Sele claimed a 1-0 away win in Rustenburg.

Celtic are unbeaten in their last seven league matches against Stars.